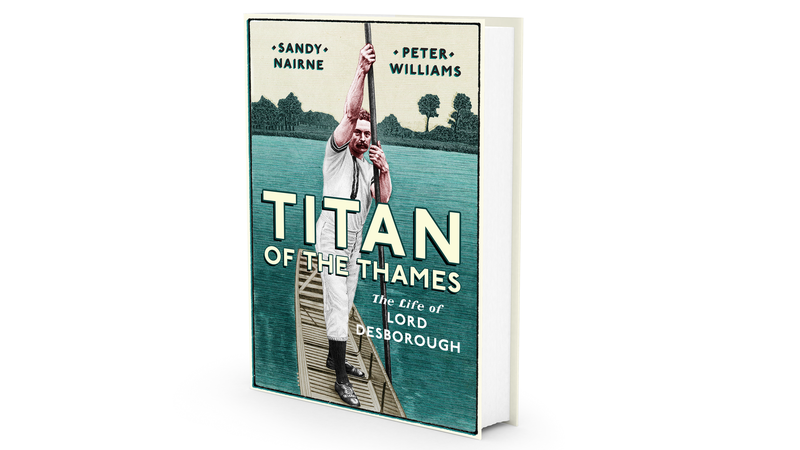 Biography | London
The crowd has spoken – Titan of the Thames is happening. Pre-order your reward now.
FEATURED REWARD
$50  + shipping
107 pledges 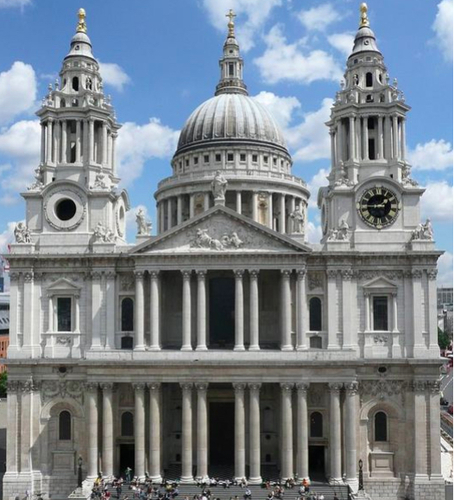 The ebook and your name in the back of the book. 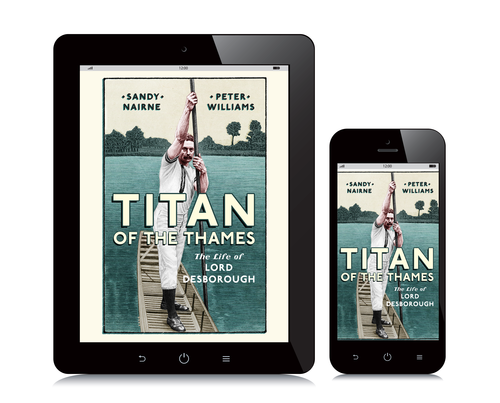 First edition hardback, the ebook plus your name listed in the back as a supporter.

Editioned print of Dittons Skiff and Punting Club and river frontage by Sandy, a signed first edition hardback, the ebook plus your name listed as a supporter in the back. Only 25 available. 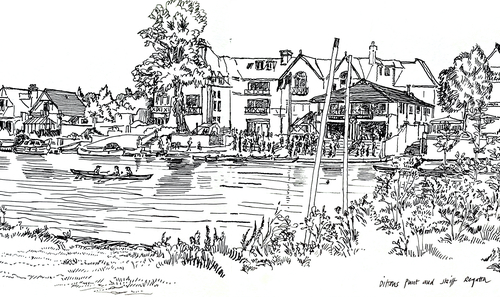 Framed original A3 (width 42cm) drawing of the Thames by Sandy, signed first edition hardback, the ebook plus your name listed in the back as a supporter. 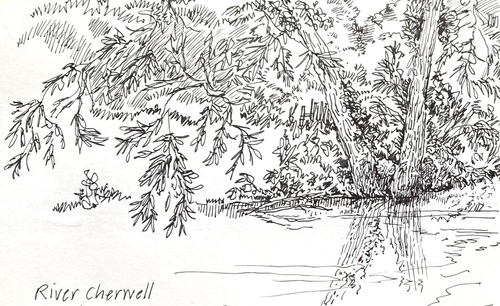 Your name will be listed as a Sponsor in a separate section at the back of the book. Plus a signed first edition hardback and the ebook.
Pre-order this reward
$750  + shipping

A meander for two to visit Grenfell places: Taplow and Boulter’s Lock led by Peter and Sandy. Plus two signed first edition hardbacks, the ebook plus two names listed in the back as supporters. Only one available.
Pre-order this reward
$1,250  + shipping

Special visit for four to the National Punting Championship with a champagne tea. Plus four signed first edition hardbacks, the ebook and your name listed as a supporter in the back. Only one available.
Pre-order this reward
$1,250  + shipping
3 pledges

Your name listed as a Patron at the front of the book. Plus signed first edition hardback and the ebook.
Pre-order this reward

A jar of Sandy's dark medal-winning marmalade, a signed first edition hardback, the ebook plus your name listed as a supporter in the back. UK addresses only. Limited to 20. 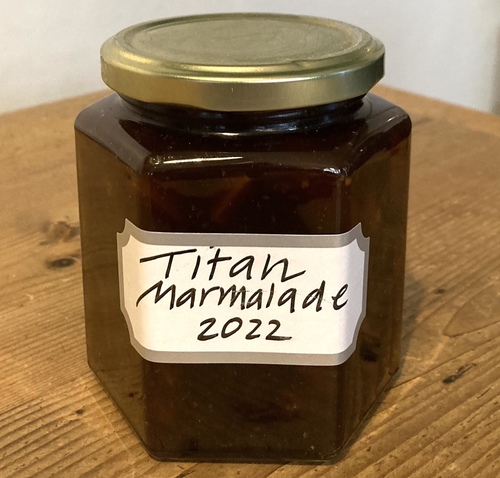 Punting Lesson with Peter or Sandy

A punting lesson with Peter or Sandy, a signed first edition hardback, the ebook plus your name listed as a supporter. Limited to twelve. 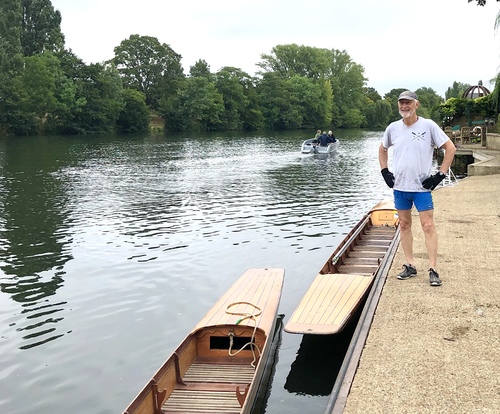 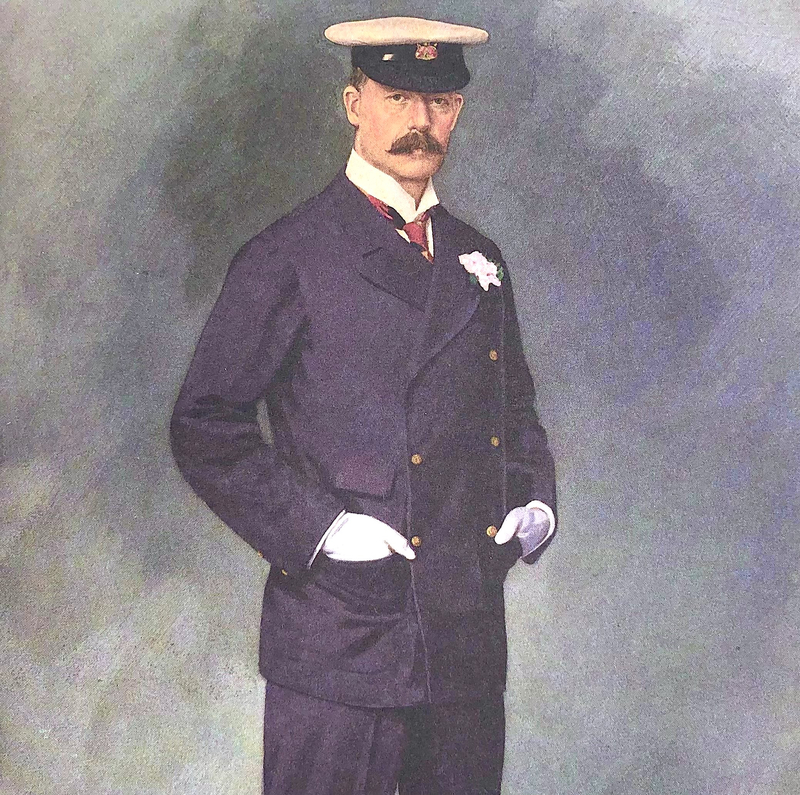 "He was the wonder of the age and there will never again be anyone like him who can combine so many personal triumphs with such unremitting public service".

"His extraordinary athletic versatility has somewhat obscured the real contributions he has made not only to the welfare but also to the history of his country".

Willy Grenfell, Lord Desborough, was celebrated in his lifetime as an astonishingly talented all-round sportsman and public servant. For many he was the epitome of the perfect English gentleman. Early feats included climbing the Matterhorn and four nearby peaks within days, taking part in the famous dead-heat Boat Race of 1877, swimming across the basin at the foot of Niagara Falls and rowing in an eight across the Channel, while later representing Great Britain in fencing. A man of boundless energy and a skilful networker - chairing or sitting on innumerable committees - he threw himself behind a host of causes, from bimetallism to establishing a fixed date for Easter. Central in his life was his outstanding success in the near-impossible task of staging the first Olympics in London in 1908 at only two years’ notice. Yet a seemingly gilded life was not untouched by the larger events of the day: in 1915 he lost both his elder sons, Julian and Billy, on the Western Front.

Running throughout his remarkable story, however, was one constant – the Thames. He lived by it, rowed on it, raced his punt on it - winning the Amateur Punting championship three times – and greatly improved it through his remarkable long service as Chairman of the Thames Conservancy.

In 1887 he married Ettie Fane and as a couple the Grenfells established a dynamic life as central figures in the intellectual high-society circle known as the Souls. Ettie became a notable hostess and their family home, Taplow Court near Maidenhead, the stage for entertaining politicians, aristocrats and writers. These included A.J.Balfour, Lord Curzon and the young Winston Churchill as well as H.G.Wells, Henry James and (occasionally) Oscar Wilde. It was also the backdrop for sport, travel, work and family life, but they and their daughters Monica and Imogen endured further grief when their third son, Ivo, was killed in a car accident in 1926.

Titan of the Thames charts Grenfell’s exceptional sporting achievements, from rowing and racing punting to athletics, cricket, equestrianism, fencing (at Olympic level), big-game hunting and fishing, together with a commitment to amateurism and widening participation. Ennobled in 1905 as Lord Desborough, his energy and diplomacy made the 1908 London Olympic Games possible and also forged key components of the modern Olympics, from the setting of internationally-agreed rules to the provision of custom-built facilities.

Grenfell’s earlier life progressed from education within the ethos of muscular Christianity in the 1870s to business and politics amid the upheavals of the 1890s and 1900s, and then to major contributions to public life in the inter-war years. Raised within a well-connected and privileged Victorian family – though losing his father and grand-father when young – he came into his own when elevated to the Lords and no longer working as an MP. He emerged as a successful and surprisingly modern figure in public life, with a prodigious array of national and international roles: heading volunteer efforts during WWI, promoting aviation, leading the London Chamber of Commerce, establishing modern policing through the Police Committee, and as chairman of the Thames Conservancy, overseeing flood prevention and crucial improvements in the water supply to London.

Titan of the Thames offers a strong narrative backed by critical analysis and complemented with many unpublished photographs. Detailed archival research, including among previously unused family letters, makes it possible to disentangle the myths surrounding the man, ranging from an assertion of his contemporaneous service on 115 committees, to supposedly fighting in the Sudan armed only with an umbrella. Finally, we have the compelling story of a great sportsman, sports administrator and public servant, as well as a devoted husband and father.

"Here is a man who works for play and plays for work, who is at home in business or a boat, who can swim rapids or preside over the biggest trade organization in the world … There’s something about this man of title, business and sports that makes you feel at home when he talks. That tells you he means all he says and says what he means".

Image Credits (from the top of the page down)

Lord Desborough with the Mayor of Maidenhead at the opening of the electric boat conveyor at Boulters Lock, Maidenhead, 1913. Courtesy Maidenhead Library.

The 1906 British fencing team in Athens: Sir Cosmo Duff-Gordon, WG (second from right), Charles Newton-Robinson and Edgar Seligman. Photograph by Bowden in Theodore A Cook, The Cruise of the Branwen, 1908.