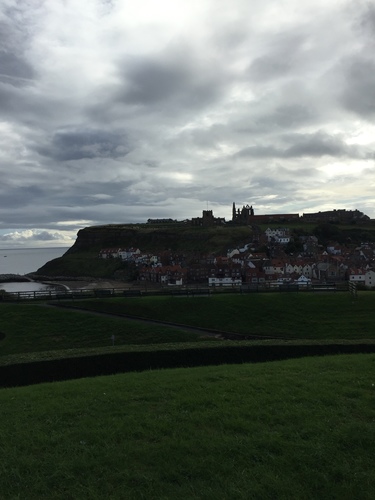 Ah, no place is closer to a Dracularian's heart that Whitby - at least for one who's never been able to afford a trip to Romania. This time, however, it was my great pleasure and privilege to attend meetings of the Dracula Society and spend a slightly boozy weekend with people who *actually get my jokes*.

I've been a member for a year or so now, but I'd never been along to a meeting before - partly due to the travel problems attendent on living in East Anglia - but I'm seriously regretting leaving it so long. Contrary to popular belief, they do not bite and were all very good at making a socially awkward new member feel at home. Even if they did make me drink Țuică...

It wasn't all alcohol, however. (there was chocolate, too...) 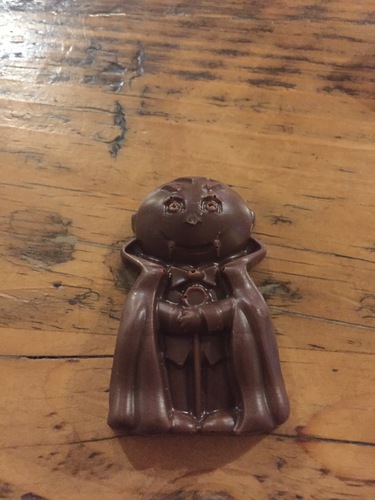 On Saturday, we had a screening of the short film Holy Terrors, based on six short stories by Arthur Machen, most of which was filmed in Whitby itself. Atmospheric and elegant, it uses a half-silent technique to create something that is both compelling and unsettling. I'm no real film buff, but this got a definite thumbs up - do check out the trailer I've linked above.

There were also a couple of talks - one on the evolving image of the werewolf, and another on the cinematic adaptions of Jekyll and Hyde. As someone whose big occupation is the the supernatural is used to explore the fear of dual natures, transformation and concealed identities, it was interesting to see how this plays out in forms and areas which are not my speciality. One of the things I love about the Gothic is the way that all its histories and preoccupations tie together in so many ways. 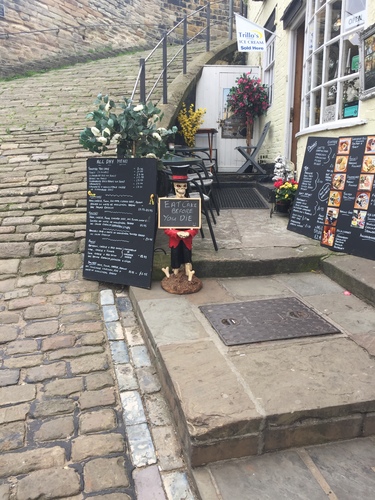 Much as  I love living in M R James country, I do sometimes feel the relative lack of hills, so on Sunday it was a great joy to walk in the footsteps of Mina and Lucy with half a dozen intrepid members, and take the cliff top path to Robin Hood's Bay. Clambering up and down the gullies, we discussed the fun and games such a journey might have involved were one wearing stays, full skirts, and hats - especially considering I managed to get blisters while wearing jeans and Docs.

Honestly, that Mina Murray was hard as nails, and merciless to boot - but then we all have that one friend who drags us on ridiculous walks, don't we Sophia? 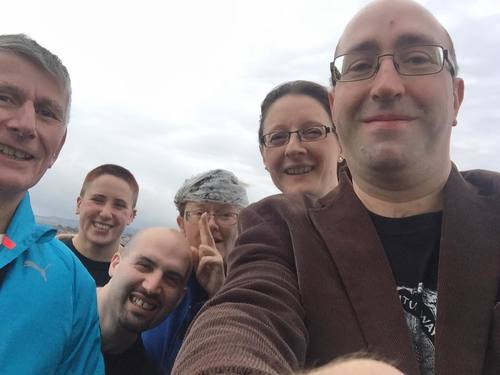 And then we modern softies got the bus back.

For a horror buff like myself, however, Whitby is not only the landing point of our beloved Count - it is also fondly remembered from Robin Jarvis' Whitby Witches series. A someone who is probably only a writer due to the influence (nightmares) of Jarvis' books, it was very nice to catch sight of the third guardian in St Mary's church. 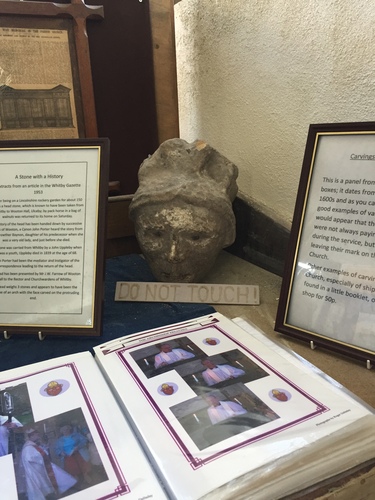 Naturally, such an expedition would not be complete without a touch of embarrasment. This summer, I have read excerpts from Time's Fool in front of a Lucy, a Julian and a John. It makes sense, then, that on a Drac Soc trip, I should meet a Stephen.

Just need a Sophia for the full set...

Anyway, back to the grindstone after an absolutely lovely break. Thank you all for supporting Time's Fool!