This is the second part of a free short story, which begins here

Charles Morland has discovered the body of his oldest friend, Henry Beechworth - dead by suicide. Who does he turn to with this news? 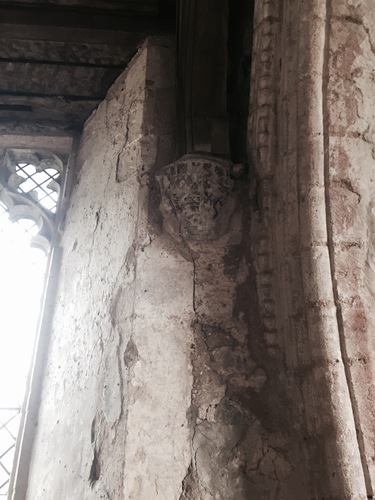 The door was still in shadow when he reached it, and stepping in to its lee was a blessed relief from the sun, now high, cut through his Norfolk with cruel intensity. Morland had been very careful not to run here, not to do anything that would pull any further suspicion on to him.

It was only reasonable he would go to visit such a good friend after finding something like that. It was only to be expected. Just as it was only reasonable that his breath was shaking a little, that he could not keep the placid stillness of a gentleman. Damn it all, he had known Hal since he was a child. How could they expect him not to be upset?

Of course he was upset.

Morland yanked on the bell, hearing it jangle in the house, but no-one came. He tugged it again, again. It was only when he began hammering on the wood with his gloved hands to no avail that he recalled this particular friend did not keep servants.

He drew a breath and, attempting to affect calm, drew his watch from his waistcoat pocket.

It was past one. Surely even Fulbeck would be awake by now.

Morland resumed his banging upon the door, pausing after every few knocks, listening for the sound of a foot upon the stair, along the hall. Anything.

But when the door opened, it was soundlessly. Beyond it, in the shadow of the hallway, a slim, pale figure flinched back from the dazzling sunlight. “Morland,” said a smooth, slightly provoking voice, “was it you making that ghastly racket?” A shake of that dark head, those rather jaded eyes downcast, “Do stop before you cause a scandal.”

“A little late for that.”

“Well, I hardly expected such insistence for a social call.” Fulbeck sounded calm, even disdainful.

“If you must,” he said, but made no move to open the door, nor any other gesture of welcome.

Morland let himself in, half expecting – even now - the usual seizing of his hand, the gentle, teasing compliments, but his host was standing well back, out of the light, wordless and poised. Cold. He'd grown accustomed to the attention, the endearments, but Fulbeck – Julian - barely glanced at him, offering him nothing but a tight, mocking smile.

Despite everything, the rejection hit him with a low, bruising force. “I wouldn't have come,” he said, pushing the door closed behind him, “if it weren't serious. I'm sorry.”

“Oh,” and as though remembering himself, there was a flash of smile in the hallway's dark. Fulbeck never showed more than a glimpse of his teeth, a little vanity of his, “your pardon, dear heart. My eyes are tender this morning.”

A breath of laugh, “Then perhaps I am more tender than I thought. Come now,” and his friend was beside him, his hand cool upon Morland's cheek, “I'm always a bear at this hour. What will it take to get a smile?”

Morland shrugged him off with an awkward glance towards the door, which was closed tight and let in only the faintest cracks of light.

“That serious?” said his host.

It was too dark to see whether any flicker of emotion crossed Fulbeck's face, but if it did, he regained his composure almost immediately. More than regained it. Morland's cheek was still cold where his host's fingers had been.

“I believe that I heard you. However any conversation that results from such a declamation is not one I wish to have standing in the entrance hall. I'm sure you understand.” He gestured to the door which led to the little room where they had spent so many comfortable evenings – he, Fulbeck and Beechworth. His host ushered him through.

Here it was lighter, the daylight filtering faintly through the rich, fabric of the curtains. The sun had been on it all morning, and it was close, even stifling.

“I shan't draw them, if it's all the same to you. Direct sunlight can be so very vulgar,” and a sharp look from those dark eyes, “Don't stand there hovering, for goodness' sake. Drink?”

“How can you be so damned,” but Morland controlled himself before he finished the question. He must not panic. If Fulbeck could control himself, then so could he. “At this hour?”

Fulbeck gave one of his little laughs, “And there you were, assuring me that it was past noon.” He lay his hand on Morland's shoulder, and said, in a kinder tone. “You've had a shock. A touch of brandy will set you right. Sit down.”

He obeyed, sinking in to the embrace of the chair. He had the note. Fulbeck was here and everything was not lost. “What-?” he began to say, but his host held up a hand, concentrating upon pouring a measure of cognac in to a heavy, crystal glass, upon placing it between Morland's fingers.

As he did this, Fulbeck made another forestalling gesture, and settling himself into a chair before saying, “You mean Henry, I presume, rather than his father.”

“How fearfully melodramatic of him.”

There, at last, a touch of animation, “Oh, I do beg your pardon, Morland, but as you have just informed me, our beloved Beechworth has put pistol to temple. Hardly an inconspicuous method of ending one's days, and no doubt one in which the constabulary will take the most avid interest. A bullet. So very unambiguous, so deliberate. I expected better of him.”

Morland put his hand over his mouth, and turned his face away, refusing to shape those pleading, reproachful words.

Fulbeck breathed out in a short huff, “There's no need to take on so. We shall think of something plausible.”

“I,” and he felt damned tears burning him, felt his body start to tremble. Within him, every fragment of resolve, control crumbled in the face of Fulbeck's scorn, “I was the one who,” but it was no use, he was sobbing now.

“Oh, good lord,” and he was Julian again, all that wicked cynicism gone and standing beside Morland with a hand soft on his hair.

Morland did not have the strength to shake him off. “How can you be so cruel?”

And what has Morland done with the letter he took from Bannerworth?

Part 3 can be read here.