Across Time and Space

An Unofficial Doctor Who Companion with and introduction from Daniel Hardcastle

Choosing the title "Across Time and Space"...

When we were thinking of a title for the book Across Time and Space we loved it not just because it is a play on Tony’s name (Anthony Cross = A Cross) but also because Time and Space is a phrase forever linked to the show. And this got me wondering about when the association started. This in turn led me to the Radio Times (a weekly TV listings magazine that was part of everyone’s childhood in the UK).

When the show launched in November 1963 it was announced in the listings page as, ‘an adventure in space and time’ whilst on the front cover, ‘time and space’ is used. I presume it was just something thought up the press office? Or can someone illuminate me otherwise? 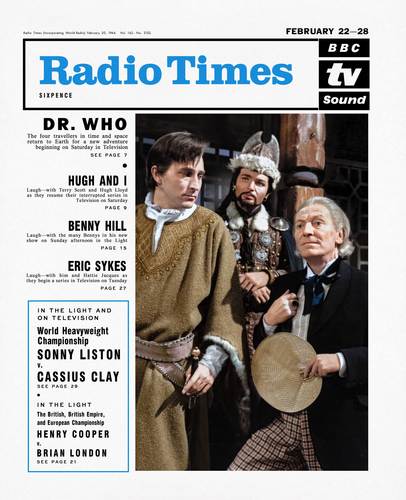 The cover I have used is part of a project by Clayton Hickman (brilliant ex editor of Doctor Who magazine) who has done an amazing job colourising all the old Radio Times Doctor Who covers and is offering them as a free download for the next few days here in return he asks you buy him a virtual coffee here.

Thanks for your support so far, if you were able to share details of the project on social media or with any friends that love Doctor Who we would really appreciate it.

Mathew (Head of Publishing at Unbound).

P. S. I was also amused to see the show being referred to as Dr. Who not Doctor Who. When I was the editor of the official books in the RTD era it was a crime punishable by death to refer to the show that way even in an email. When did this change I wonder?