Thoughty2 Presents: Stick A Flag In It

1,000 years of bizarre history from Britain and beyond. 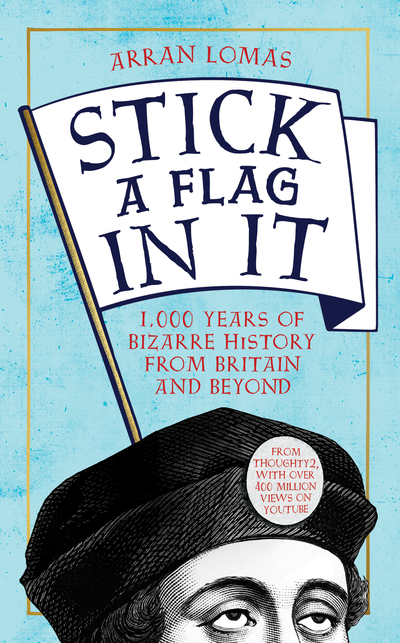 History | Humour
You made Thoughty2 Presents: Stick A Flag In It a reality. It's available in all good book stores now.
$15
273 pledges

From the Norman Invasion in 1066 to the eve of the First World War, Stick a Flag in It is a thousand-year jocular journey through the history of Britain and its global empire.

The British people have always been eccentric, occasionally ingenious and, sure, sometimes unhinged – from mad monarchs to mass-murdering lepers. Here, Arran Lomas shows us how they harnessed those traits to forge the British nation, and indeed the world, we know today.

Forget what you were taught in school – this is history like you’ve never heard it before, full of captivating historical quirks that will make you laugh out loud and scratch your head in disbelief.