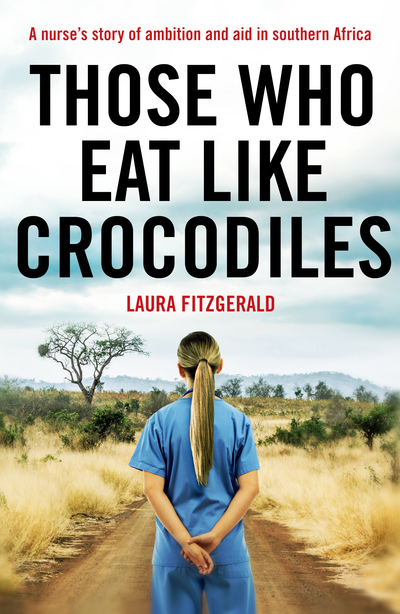 Biography | Travel
You made Those Who Eat Like Crocodiles a reality. It's available in all good book stores now.
$8
22 pledges

1st edition paperback, ebook edition and your name in the list of Super Patrons in the front of the book. EARLY BIRD price, only 20 available.
$30  + shipping
27 pledges

1st edition paperback, ebook edition and your name in the list of Super Patrons in the front of the book.
$45  + shipping
35 pledges

One copy for you, one for a friend, plus you'll get your names in the front among the list of Super Patrons
$90  + shipping
7 pledges

Receive five copies of my book and I'll Skype in to a discussion or suggest talking points, plus five names in the Super Patrons list.
$105  + shipping
8 pledges

Come to a catered dinner and discussion at the author's home in the Baltimore/DC area, plus you'll receive a copy of the book with your name in the back among the list of supporters. Limited to 8
$375  + shipping
3 pledges

Those Who Eat Like Crocodiles is for anyone who has tried to understand - and be understood - in an alien environment. It is for anyone who knows what it’s like to reach a crossroads in life and realize that, somewhere along the way, the rules of the game changed and you weren’t notified. It’s for anyone who has had to confront an unwelcome and disappointing discovery: that you may not be the person you spent your whole life believing you were.

This is my memoir. It is a coming-of-age story and it is a love story -- but it is also one of an outrageous public health initiative that asks how one country is separate from the other, one person from another.

My story begins in my twenties. I am an American midwife and I believed that those concrete clinical skills would be my ticket to a more meaningful life. Yet age 32, working in a chaotic hospital in Tanzania, I hit a wall and became convinced I was a failure. The truth was that I felt far too squeamish for the labor ward.

Days later, a chance encounter at an expat club in Dar es Salaam led to a job with a prestigious global health organization. It was 2008 and scientists believed they finally had an effective tool to fight the HIV epidemic raging through sub-Saharan Africa. The data-backed method: male circumcision. It would be the focus of my new job. I figured I could roll with it.

I went to Swaziland, now known as eSwatini, a nation devestated by the disease, armed with dozens of pre-conceived solutions. So did our US funders. Here we would circumcise an entire nation, they decided, and save countless lives. It was a prospect laden with sexual, cultural and political implications.

Soon the issues dominating my work life filtered into my romantic life when I fell for an enigmatic Swazi, a man with a royal past and a complex present. A conversation about them suddenly became about me, about us. During a year marked by the greatest absurdity I’d ever known, Swaziland proved a testing ground not for a public health program but for my own ability to cope and to connect in a place where I was viewed as one of those who eat like crocodiles. This is a hard, comedic, and very personal story of a strange and life-defining time.

Get the ebook
Buy now
View all 8 rewards