An interview with Jesse Karmazin: the doctor who is injecting his older patients with teenage plasma

Hello, preorderers of This Party's Dead! I hope you're all keeping safe and well, and that this intense and seemingly unrelenting death reminder we're all experiencing hasn't turned you or anyone you know into a quivering wreck. I have attached a picture of my dog for those of you who will be comforted by the sight of a perfect little dummy who has no idea what's going on. 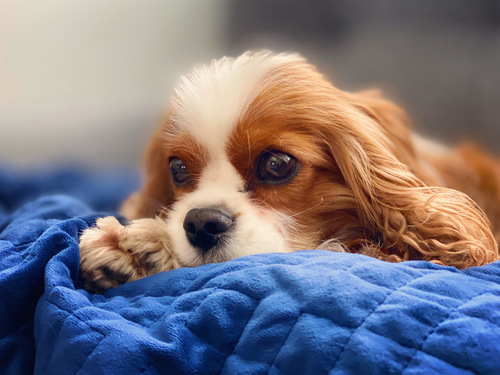 Anyway. Please allow me to distract you from relentless talk of the acoughalypse, before we all get back to it.

This Party's Dead just hit 125%, which means it's time for another interview with someone fascinating which, for reasons of length, couldn't be included in the book. Before we dive in, some ado:

And now, without further ado: an interview with Dr Jesse Karmazin.

As I prepare to call Jesse Karmazin I notice I’m singing a song from the musical Little Shop of Horrrors, a show about a bloodthirsty plant. I know why it’s popped into my head. Jesse runs Ambrosia, a business which gives older people $8,000 transfusions of young people’s plasma to “turn back the clock” on the ageing process, and the milennial commentary has been harsh. The general tone is, “Baby boomers already have all the money, jobs and houses, and now they want our literal blood?”

He sounds shy on the phone, and quite sweet. I should be sweet back.

“So Jesse, how do you feel about being called a vampire and a bloodsucker?”

He laughs a reasonable laugh, “I’m not familiar with Newsweek,” he says, since their write-up was mainly a transciption of the reporter asking if he liked vampire movies, “but I was super surprised at that reporter’s line of questions.” It wasn’t just Newsweek; sub-editors everywhere had fun with the headlines. The Guardian went with, “Ambrosia: the startup harvesting the blood of the young”, CBC: “The vampire molecule: scientist discover why young blood helps reverse aging”, and Mashable, “We talked to the 'blood boy' doctor, and he doesn't seeeeeem like a vampire”.

“I come from a pretty serious medical background so I didn't expect that at all,” says Jesse, “but I realize it's pretty easy to confuse what we're doing with something a little more nefarious, and I always want to be really clear how we obtain the blood, and what exactly we’re doing with it.”

Ambrosia gets its blood from a blood bank, just like hospitals do. People argue that young people are giving their blood in good faith not realising it's going to healthy adults; but to be fair to Ambrosia, it isn’t depleting the supplies available to hospitals. The detail many of the newspaper stories glossed over is that it’s not technically blood they’re transfusing into older people, but plasma.

Plasma is essentially a waste product of blood banking, separated from the red blood cells with a centrifuge. It’s used on patients with haemophilia or certain clotting disorders, but not in trauma or emergency situations. Since for every unit of blood there is also a unit of plasma there’s a huge plasma excess, so this treatment would never cause a shortage. Annoyingly, plasma has a much longer shelf-life than the oxygen-carrying red blood cells hospitals actually need – about a year – whereas red blood cells expire after a week, hence why after disasters there’s always an urgent need for blood donations.

At $8,000 a pop, Ambrosia’s treatment isn’t cheap. Each unit of plasma costs $200-250 (which seems pricey for a waste product, and raises questions about blood banks making enormous profits from blood that people give voluntarily, and for free), so giving patients the treatment comes to about $2,000 for a large dose. The rest of the $8,000 goes to overheads, the most expensive being the heavily-salaried doctors administering the treatment.

Medicinal vampirism has precedent exactly where you might expect to find it: the Middle Ages. The fifteenth-century Italian priest and philosopher Marsilio Ficino suggested older people who needed a health boost should “suck the blood of a youth… who is willing, healthy, happy and temperate, whose blood is of the best but perhaps too abundant… If they have difficulty digesting raw blood, let it first be cooked together with sugar; or let it be mixed with sugar and moderately distilled over hot water and then drunk.” But that was in 1489, when doctors treated epilepsy and smallpox by nicking a vein. What would possess a modern-day doctor to start such a bizarre line of research?

“It was sort of a journey,” says Jesse, “There's been a number of groups publishing research showing that young blood rejuvenates older animals. So as a doctor who was watching people receive blood all the time – it's one of the most common medical procedures – it just seemed like a natural thing to do.”

“I can see why as a physician you'd want to treat ageing, since it’s the worst thing you can do to your body,” I say.

“Right. Ageing is just the prelude to disease. You don't just wake up one day with diabetes or Alzheimer's, it's a process that takes decades to culminate in something else really obvious. So ageing is just what's happening at the molecular cellular level in the decades before the disease becomes serious enough to be measurable.”

In my notes, I’ve written the question, ‘Are his clients mostly older white men like other life-extension groups?’ so I ask, “Can we play a game where I tell you who I guess are your main demographics and you tell me if I'm wrong?”

He laughs, “Ok sure, what's your guess?”

“Alright, age-wise, I'm guessing, most of them are of retirement age?”

“Yeah. Although we've been seeing… I think it's just kind of representative of the population, I think it's... I mean, it is mostly caucasian, yeah.”

“There's plenty of women who've been treated – but yes, that's also correct. You're on a roll.”

I ask him about the results he’s seen.

“A patient can tell me they have more energy or feel stronger or their memory's improved, but it's difficult to assess those things. So actually looking younger turns out to be the most striking feature of the treatment.” But the fact that everyone involved desperately wants this treatment to work can’t be ignored. The patient might feel better because of the placebo effect and because they want their money’s worth, and Jesse might think they look younger because he wants his research to succeed. Though he insists, “It really is noticeable; people look younger after just one treatment.”

Jesse hasn’t tried the treatment himself since when we speak he’s only 32 and the minimum age for the treatment is 35, since that is the age that people might start to notice some aspect of ageing, whether it’s the beginnings of wrinkles or diminishing athletic performance. “One thing I'm not quite clear on,” I say, “is what the procedure’s for. Is it to make people live longer, is it to make them feel better while they're alive, is it that ultimately you're hoping that they'll live forever – what's the actual goal of the treatment?”

Yes, I am asking a medical doctor, in my politest voice, whether he thinks teenage plasma will bring eternal life to his patients.

“I think each patient has their own goals,” he says, “Some patients want to look younger, some have an illness they're fighting and want to turn back the clock, other patients really want to live forever.”

Peter Thiel, the Trump-supporting billionaire entrepreneur, is extremely interested in life extension research. An irritating Silicon Valley trend is that despite their eyewatering access to money and resources, the only problem they seem passionate about solving for future generations is their own absence. Of death, Peter Thiel said, “Basically, I’m against it”. I ask Jesse if he feels the same way, if death is something he wants to fight.

“A lot of people see ageing as a natural thing, and I just disagree.” I brace myself for a speech on how soon it will be possible to live indefinitely, but he continues, “Immortality is obviously not possible. I hate to be so pessimistic,” (you’ve got to love a people who apologise for being Debbie Downers when stating something as scientifically accepted as ‘things die’),  “but I think it's sort of ridiculous. I understand how excited people are about medical technology but I just want that to be tempered. It's not great to be deluded.”

“Believing you can live forever,” I say, “to me represents a level of optimism that is unfathomable. And most life extension groups seem to be in America.”

“Americans do seem to dream big, we have these legends of ‘you can do whatever you want!’”

“You know there's a symbol of immortality on the dollar?” I say.

“Is there really?” He sounds amazed.

“Yes, it's the pyramid with the eye embedded at the top.” According to the American mythologist Joseph Campbell, it symbolises the eye of God opening at the top of the pyramid, conferring immortality to those who reach it. No wonder money is king in America, if every bill bears the tantalising promise of an escape from death. The most bizarre element of immortalism to me is its lack of crossover with environmentalism. It’s like popping vitamin C while your house burns down. Jesse agrees,“If people think they're going to live for a thousand years, maybe they should take better care of the planet, right? But I haven't noticed anyone who wants to live forever and wants to treat the planet really well.” So assuming we manage not to destroy the planet and ageing does become a treatable condition, what would we die of in the future?

“That's a really important question,” says Jesse, “The rate of death that's not age-related is a fraction, maybe 1% risk, but when you're in perfect youth, you still have a small risk of dying: your heart misfires, or you get hit by a car, or you get some sort of terrible cancer that's not age-related. But most people in the first world die of ageing: if you look at the mortality curve, your rate of likelihood of dying each day increases. Typically our hearts give out because we get weaker as we age, some people have a stroke and some people have cancer. That's the really grisly, honest-as-I-can-be, medical answer.”

Cancer, heart disease, stroke. The same conditions we die of now. So the best version of curing ageing is that we die of the same conditions, but later. We’ve been chatting long enough that I feel I can ask him a more personal question, “Have you ever had a near-death experience?”

“I was in a pretty terrible car accident a couple of years ago and yes, I could have died. It was caused by a sinkhole. No one else was involved. It took forever to get help. Almost dying made it much more real to me. It made me realise how important it was to work on this.”

“Imagine if you’d died after starting something to help people live longer.”

He laughs, “That would have been really rude! I kind of think it's my purpose to work on this. You can't really do things when you're dead. I just want to give people more time to enjoy.”

It will take at least 50 years to prove the efficacy of this treatment. By then, Jesse will already have passed the average life span for an American male.