94%, a book giveaway, and did I tell you about the time I nearly fell off a tomb?

Hello and no I'm still not over getting hit in the head by a corpse, HOW ARE YOU?

I have three things to tell you: 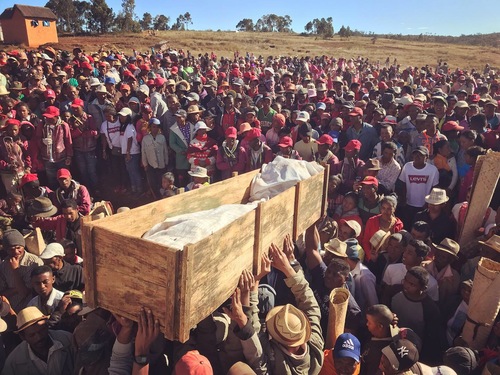 I met Erica Buist a year ago at a festival of Unbound authors in Nottingham, organised by the marvellous Eamonn Griffin (East of England). Erica was on the nonfiction panel, and the moment she opened her mouth I knew I wanted to back her book. Her account of the death of her father-in-law, her subsequent agrophobia, recovery and decision to visit death festivals was both moving and extremely funny.  Immediately after the weekend I came here to her page, read the extract and made my pledge. Because, like Erica, I believe we don’t talk about death enough in this country and I know that ‘This Party’s Dead’ will really help open up the conversation.

One of the reasons I’m so interested in seeing this book make it into print is that I, too, have written about death: The Wave tells the story of a group of people who are faced with a tsunami they can’t outrun. So they choose to stay on a beach and make the most of the life they have left. Sort of like a death festival in fact.

I’m delighted that Erica is so close to 100% and I really really want to see her get there. So I’m holding a prize draw to encourage you to back this book. If you pledge to support ‘This Party’s Dead’ and let me know, I will put your name in the hat and you could win a signed copy of ‘The Wave’. (And if I’m feeling generous I might even throw in a copy of my Unbound novel ‘Echo Hall.’)

I'll leave you be now, you lovely bunch of gemcakes. Rest assured the next update will contain fewer corpses and a lot more sugar.

Lots of love/ Best regards/ Whatever sign-off is appropriate for our relationship,