Think like a Vegan: What everyone can learn from vegan ethics

By Emilia Leese and Eva Charalambides

In this chapter, we explore what it means to be vegan and what are the basic ethical concepts behind veganism.

What does it mean to be vegan?

In this first essay, we set out the fundamental concepts. From who are vegans, to the meaning of the term veganand speciesism, to the core problem of use, these concepts will echo throughout this book. We also address being vegan in a non-vegan world, reconciling that reality as much as it can be and we recognise the interconnections of oppression with a call to reject all bigotry.

Despite the stereotypes, you won’t necessarily recognise a vegan. Vegans come in all ages, shapes, colours, sizes, religions, sexual preferences, gender identity, socio-economic background or class, levels of education, sense of fashion, physical ability, geographical location, politics and any other difference in our human family. Very few people are vegan from birth. Most have not been vegan for at least some of their life or even for much of it. Some balked at the idea of veganism or rejected the concepts multiple times.

All vegans have one thing in common: a moment where a thought, a realisation or an argument for veganism resonated with them to such an extent that they embraced changing their mind and behaviour about how they related to animals. In his song, Anthem, Leonard Cohen sings, “[t]here is a crack in everything/ That's how the light gets in.” [i]That moment when something confronts us and challenges our usual way of thinking or of doing things, that’s the crack. That’s the moment we change our minds and let the light in to make change happen. And that’s a vegan, someone who let a spiral of light change their human to animal relationship.

Speciesism is the notion that humans are superior to animals. This notion is the current norm accepted by the overwhelming majority of people. Speciesism manifests itself in our viewing animals as objects and using them in a variety of ways, primarily for food.

Our use of animals for food and clothing is the most evident manifestation of speciesism. Therefore, to the extent possible and practicable, vegans avoid using animals for food, clothing, entertainment or any other purpose. This means vegans do not consume animal flesh, fish, insects, molluscs, eggs, dairy, cheese and honey; do not ride horses, visit zoos or aquariums; and do not wear leather, fur, wool or silk.

Vegans reject speciesism and accept animals into the same moral sphere as humans with respect to fundamental rights, such as the right to live and the right to be free from ownership as another’s property. The basis for this is a basic rule: accord the same moral treatment to everyone, unless there is a morally relevant reason to justify treating someone differently.

How are non-human animals and human animals the same? We all belong to the animal kingdom, with humans evolving later than many non-human animal species. Put simply, all animals, including humans, are not objects. We are all sentient creatures. By sentience we mean having the desire to live. And all animals demonstrate that desire in their own ways.

All animals have needs, wants, fears, abilities, intelligence, skills, social habits and emotions, which they demonstrate in ways like, and different from, humans. One animal may not be intelligent, whilst another may be more intelligent than a three-year old human. One may be cute, and the other less so, but this does not mean these are morally relevant differences. These reasons do not determine whether an animal should forfeit their life. We don’t need to research deeply to find stories of animal intelligence, social skills, emotional suffering or even empathy, whether farm animals or wild animals, such as whales, elephants or primates. Our shared sentience is the only morally relevant starting point from which to analyse the basic rule for fairness. We are all sentient and we owe animals the same moral treatment, unless there is a morally relevant reason to justify treating animals differently.

We do not deny humans fundamental rights if they have different needs, wants, fears, abilities, intelligence, skills, social habits or emotions. We discuss and find the morally relevant reasons why one group of people might be treated differently than another. If we do not find those morally relevant reasons, then we recognise we owe that group the same moral treatment. Understanding we owe a group the same moral treatment is important because it makes clear these fundamental rights are not something we give and take as we fancy or as a matter of our kindness. When it comes to non-human animals, however, we routinely ignore the principle of same moral treatment. We deny them the fundamental right to live. This is the current and normal reality everywhere and it has been so for at least 10,000 years since we began animal husbandry.

Just because animal use is pervasive in our world does not mean it is our only choice. We have no morally relevant reason for treating animals differently when it comes to fundamental rights. The reasons we give for using animals are arbitrary and self-serving: we like eating, wearing and using them. We gain pleasure from using their products or their bodies, when we have no need to do so. Generally, we are also resistant to change, using history and tradition as excuses for a variety of behaviours, especially using animals. All our reasons are centred around human choices, ideas and desires, not on anything inherent in the animals themselves. In addition, our laws make it easy to continue using them because all animals, either explicitly or implicitly, are categorised as objects, or property, managed by either the state or their human owners to suit their needs and wants.

We can choose to see, address and dismantle human superiority. How? We can go vegan.

The following are situations we sometimes encounter. Some are exaggerated, but all are drawn from real life anecdotes. These mock encounters are meant to create a space for us to think through the issues we face as vegans or non-vegans. Some may not have clear cut answers and some (maybe all!) will engender spirited debate. It is worthwhile spending time thinking about the answers we would give and the reasons for those answers. Questioning and examining our assumptions and logic are critical components to strengthen our resolve in being vegan, and to learn how to explain veganism to ourselves and to others. This makes us better advocates. For non-vegans, these exercises clarify where vegans are coming from.

After each scenario, there is a box with a discussion. You might choose to cover the boxes so you may think about what would be your own answers before reading ours. Apply the concepts we’ve discussed in this book. You might come up with the same answers or with answers in addition to, or different from, those provided. Whatever you conclude, think about why.

We would love to hear your scenarios, questions and conundrums! Email us at ThinkLikeAVeganBook@gmail.com or contact us through our social media: ThinkLikeAVegan.

1. Joshua is outraged by stories in the news about abused or abandoned cats, dogs and horses, animals going extinct, orcas dying in aquariums, zoo animals getting shot, foxes being hunted, dog fighting or racing, horse racing and all other types of animal cruelty.

Joshua goes home and drowns their sorrows with a double bacon cheeseburger, a glass of milk and a slice of cheesecake.

a. Is there a morally relevant difference between the animals whose lives Joshua feels sympathy for and wants to see preserved or safeguarded and those animals Joshua uses for food?

b. Joshua does not kill animals for food, but buys animal products at the shop. Alternatively, Joshua only eats animal products from animals he kills. Does either of these variations make any difference and if so why? 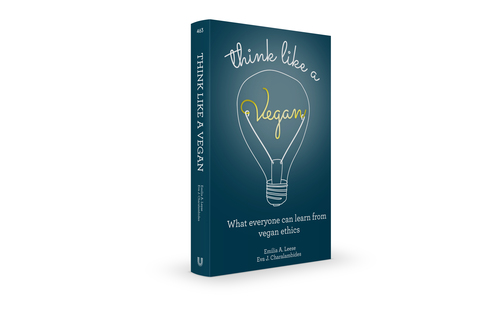 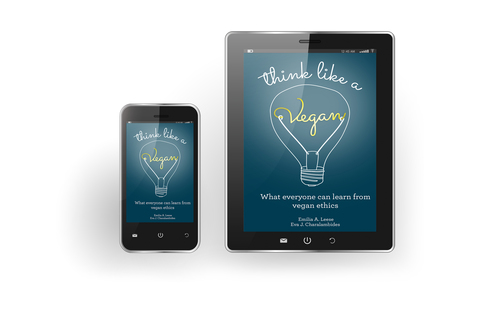