Letters to a son

Today has been so springlike, a day full of endless blue sky and bright, bright sun. I went with a friend to Teignmouth where the beach was full of people and there was a sense of hope in the air. We had a swim, and then decided to stop off on the way home to visit a little lost world. 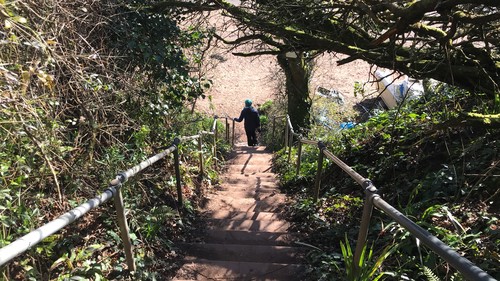 This particular lost world is on the northern bank of the Teign estuary, between Teignmouth and Newton Abbot.  A handful of rickety chalets squeeze on a strip of river beach between the main rail line which runs along the estuary, and the water. To reach it you cross a couple of fields and then the rail line, passing the first hut, called "The Shack" and then descend steps down to the river. These chalets were built at the end of the nineteenth century, for railway workers to holiday in. Then, after the Great War, they were used by servicemen recovering from shell shock.  And here they remain, over a hundred years later, only accessible by foot or boat, for a few lucky families to use.

There is a half tidal island called Red Rock, where you can see the remains of a summer house built out of red Devon sandstone, which was  built by the local vicar in the early part of the nineteenth century.  Nearby are the wrecks of two boats. 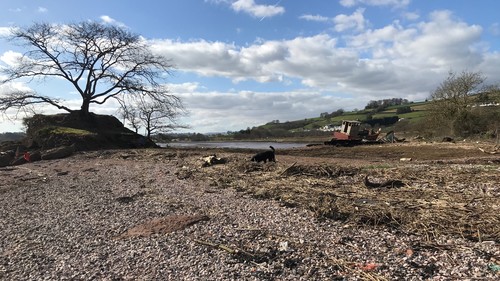 There is an air of quietness, of stillness, of liminality here.

We stopped and chatted to the man who owns this chalet. He told us he's been living there during lockdown, and fishes oysters out of the river regularly.

We've published another extract from the book today:you can read it here - click on the 'about the book' tab  https://unbound.com/books/thegreenhill/