Letters to a son

The Dart Map is a beautiful painting of the Dart Gorge in Devon by Anna Dunscombe, showing its history, wildlife and legends. A pack of 5 greetings cards, left blank for your own personal message. Plus a signed first edition hardback, ebook and your name in the back of the book. 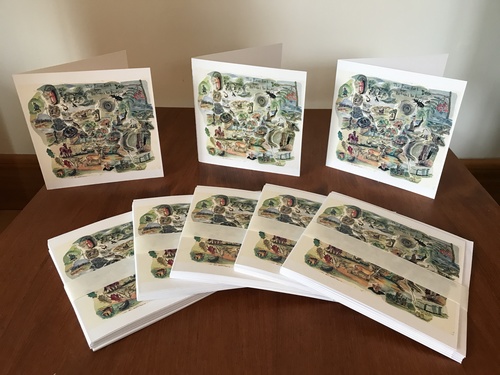 A comfy swimming cap made out of high quality silicone. Made to commemorate the Darty Dozen – a mammoth swimming and walking adventure on Dartmoor to raise money for epilepsy charity SUDEP Action. Plus a signed first edition hardback, ebook and your name in the back of the book. 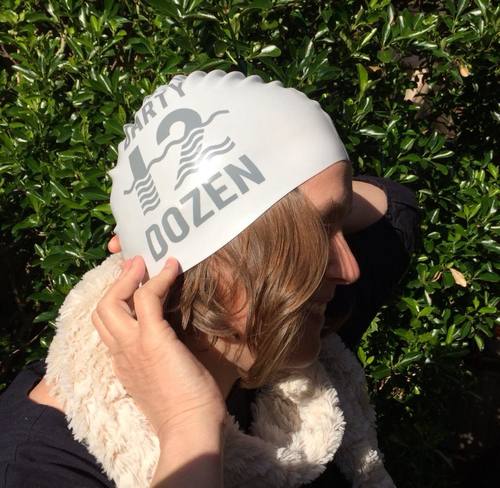 The Dart Map is a beautiful painting of the Dart Gorge in Devon by Anna Dunscombe, showing its history, wildlife and legends. Reproduced on a 100% cotton tea towel. Plus a signed first edition hardback and your name in the back 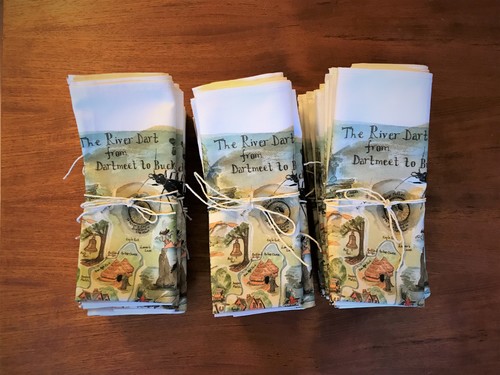 Two signed first edition hardbacks, eBook and two names in the back of the book.
Choose this reward
$100  + shipping
3 pledges

A large poster of the Dart Map painting by Anna Dunscombe. Size: 710mm x 610mm. Plus a signed first edition hardback and your name in the back of the book. 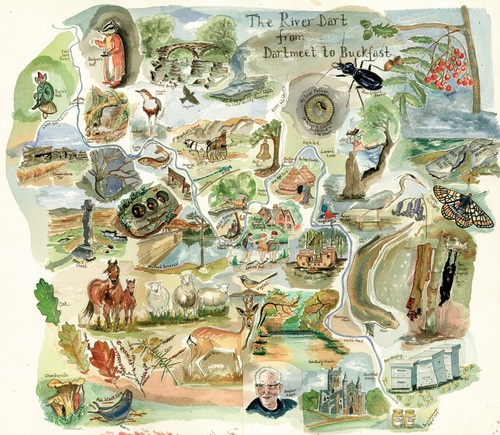 A limited edition photographic print of a Dartmoor scene by artist Alex Murdin. Plus a signed first edition hardback and your name in the back of the book. 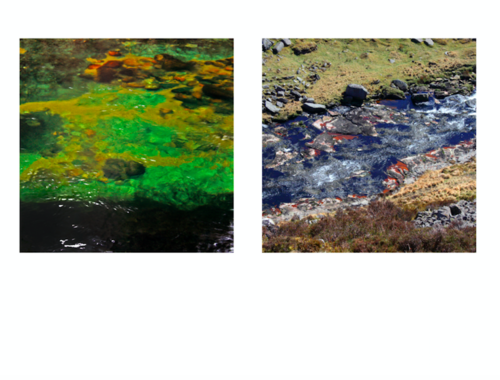 A day out on Dartmoor to include a visit to Bronze Age stone rows and circles, an optional swim and a Luxury Picnic prepared by Sophie’s husband Alex (voted Devon Life Home Chef of the Year in 2015). Plus a signed, first-edition copy, the ebook and your name in the back of the book. [Only 3 available] Travel and accommodation not included 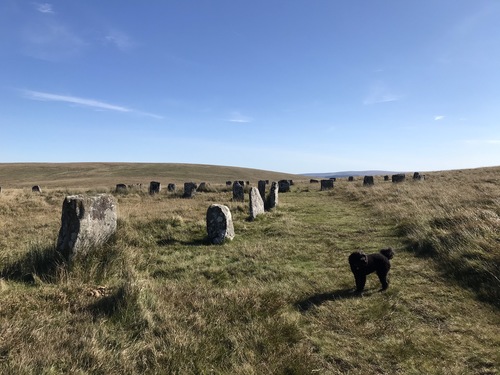 A talk from Sophie about wild swimming, epilepsy or grief at your school, university, company or club. Plus ten signed copies. [Only 5 available] Does not include Sophie’s travel or accommodation 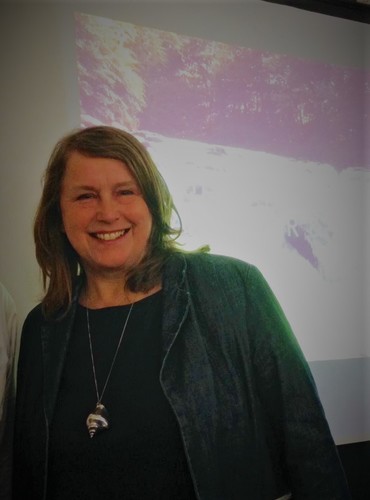 Help make this book happen by becoming a Patron. Includes two copies and your name in the back.
Choose this reward

A pair of beautiful woollen socks hand-knitted by Sophie, plus a signed, first-edition copy, the ebook and your name in the back of the book. [Only 3 available] 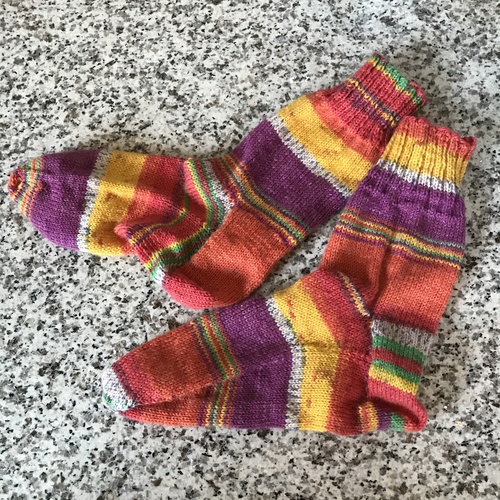 A day out in Devon walking and swimming along the River Dart, or along the coast – you choose. Plus a signed, first-edition copy, the ebook and your name in the back of the book. [Only 3 available] Travel and accommodation not included 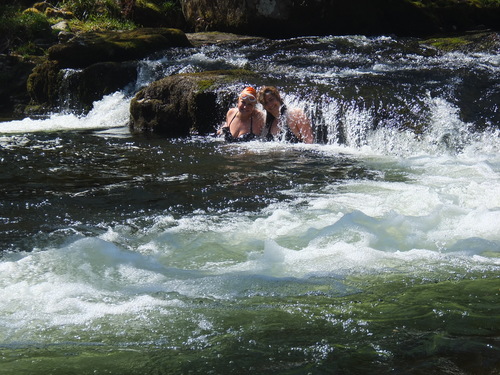 A Devon hamper of food made and foraged by Sophie and her husband Alex, including a pack of dried mushrooms foraged on Dartmoor, seaweed salt with seaweed foraged from the South Devon coast, sloe vodka, home- smoked cheddar, home-made Apple Chilli Jelly and Marmalade made by Sophie. Plus a signed, first-edition copy, the ebook and your name in the back of the book. 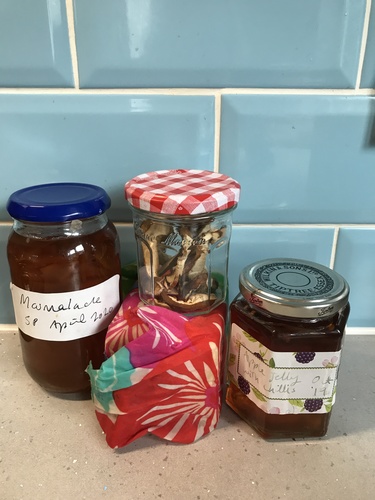 In The Green Hill, Sophie Pierce writes about the sudden death of her son Felix with an aching and gentle honesty. This is a book that will be a great comfort to those who need it.” Sarah Perry, author of The Essex Serpent and Melmoth.

In 2017, Sophie Pierce’s life changed forever when her 20-year-old son Felix died suddenly and unexpectedly. Thrown into a new world of loss, she had to find a way to keep on living. In a series of letters to her son – composed during walks and swims taken close to his grave on The Green Hill in Devon – Sophie learns how to live in the landscape of sudden loss, navigating the weather and tides of grief. In the surroundings of Dartmoor and the South Devon coast she finds ways to continue the bond with Felix, both in her mind and with physical activity; actively mourning, rather than grieving.

This is the latest of the weekly extracts we are running from the book...

Do you remember my sunrise custom on the anniversary of Grandma’s death?  Getting up at dawn and heading up to the old World War II firing range near Rippon Tor to watch the sun come up over the sea?   Well this year of course the ritual was for you as well.

I felt terrible as the alarm went, I’d slept really badly, but I hauled myself out of bed, made a flask and set off. It was light but the sun wasn’t yet up, it was that strange rather lifeless light, when night is not yet over but the day has not yet begun.  As I got out of the car, I saw the moon, still clear and high in the sky, and I was hit by a wall of trills from the birds, a unified sound of singing. It was so thick and loud it was impossible to make out the individual songs.  As I walked along towards the firing range, I looked down towards Newton Abbot and the sea.  Mist clung to the folds of the Teign valley and it was all shades of grey and pink.

I climbed up the massive old butt and sat at the top, looking over to where the sky was starting to take on a rosy glow. I saw a crinkle of gold on the horizon and I could see the sun was starting to break through some low-slung clouds.  Lines of gold seeped along the edge of the clouds and the sky was molten pink and it was a process of seconds as a huge smudge of sun burst forth and flooded the sky around it with light.

And all the time this was happening a pair of stone chats were keeping me company in a nearby gorse bush, hopping around with a constant stream of chatter. I sat there for about forty minutes and they gradually forgot I was there. I watched as the little birds became increasingly bathed in sunlight, their orange plumage glowing.

A cuckoo was singing its heart out as I walked back to the car, an incessant and repetitive noise.

Alex and I are walking to Ryders Hill, the highest part of southern Dartmoor. He tells me it’s the last long walk he did with Felix. Lucian was there too and both boys complained. I feel a strong urge to follow in their footsteps. We set out on a beautiful sunny day with scudding clouds. We ascend slowly and steadily through the quite featureless landscape. This part of the Moor is devoid of tors and as we climb the wind gets stronger.  We skirt around the little valley of the River Mardle, where the landscape feels a bit like the Savannah, it is dotted with small lollipop-like hawthorns which remind me of baobab trees. We pass a cairn and I add a stone for Felix. It gets boggy, and continues to be boggy the higher we get; it’s that contrary Dartmoor thing of bogs being on the tops and sides of hills where in theory they shouldn’t be. We pass swathes of white fluff, bog cotton dotted with tiny intense blue flowers, like drops of indigo paint fallen off a passing artist’s brush. We later discover they are called heath milkwort. The views get better and better and by the time we reach the top we can see 360 degrees all around, over to Red Lake with its conical hill, to Buckfast Abbey with its grey and yellow tower, and down to the sea of the South Hams coast. It feels good to be out retracing Felix’s steps on a walk I haven’t done before, perhaps I am making a new tradition? I’m looking for new places to create the new Felix in the absence of the old one, places where we think about him and remember him unencumbered by specific memories.

On the way back I swim in the Dart in a vast pool by Holne Weir. It is drenched in the sunlight and the water is dark, like black tea, after all the recent rain. It feels warm and comforting though the current is strong.