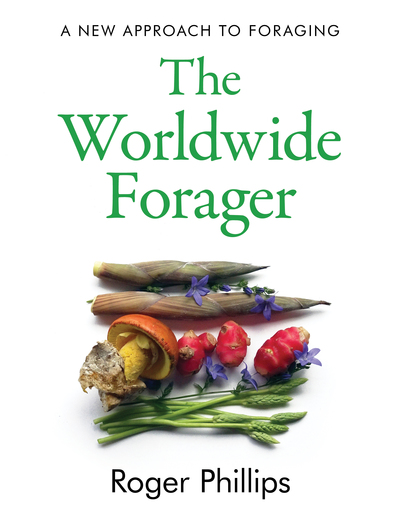 New mushroom ideas, strange vegetables, foraging in the garden and beyond

STOP PRESS ... A note from Roger, 'My drawings seem to be going very quickly, so I am adding three more today!

The Worldwide Forager will cover my latest research and food discoveries. It will include an extensive section of new mushroom recipes from around Europe, as well as exploring the history, and illustrating foods that hunter-gatherer groups, like Native Americans, forage for and cook. I have been growing very unusual vegetables, such as the tuberous nasturtium, one of many strange tuberous plants of South America, and as I worked on this group I discovered that dahlias first came to Europe as edible tubers. There will also be a range of salads which have been made more colourful and tasty by my finds in the garden, including camellia petals, which taste of chicory. In drying nature's bountiful harvests to extend their seasons and provide prime snacking morsels throughout the year, my kitchen is now always adorned by trays of dried apple rings, with intensified flavours that gradually revive when chewed. I have extended my knowledge and passion for outdoor eating by demonstrating how deliciously flavourful food can be when cooked over a natural wood fire or excavated from the depths of an earth oven.