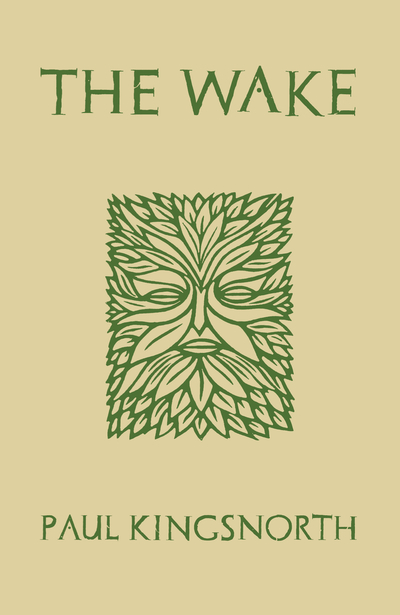 A post-apocalyptic novel set in 1066

Critical acclaim for The Wake
‘Strange and extraordinary … this unusual novel has power. It lingers in the imagination. - The Times

‘Haunting … more truly relevant to where we are now than many of the other books on the Man Booker longlist.’ - Daily Mail

'Kings­north has created a work that is as disturbing as it is empathetic, as beautiful as it is riveting.' - Eimear McBride

The story
Everyone knows the date of the Battle of Hastings. Far fewer people know what happened next. Set in the three years after the Norman invasion of 1066, The Wake will tell the story of a fractured band of guerilla fighters who take up arms against the invaders. It is hung carefully on the known historical facts about the almost forgotten, decade-long war of underground resistance which spread across England in the decade after 1066.

It is a story of the collapse of certainties and lives; a tale of lost gods and haunted visions, narrated by a man of the Lincolnshire fens bearing witness to the end of his world.

The language
More than three years ago, I began to write a historical novel which made me realise why I don’t read many historical novels. I couldn’t make the words fit, and I gradually began to see why: the language that we speak is so utterly specific to our time and place. Our assumptions, our politics, our worldview, our attitudes – all are implicit in our words, and what we do with them. In order to have any chance of this novel working, I realised I needed to imagine myself into the sheer strangeness of the past. I couldn’t do that by putting 21st century language into the mouths of eleventh-century people.

So I constructed, almost by accident, my own language: a middle ground between the Old English that would have been spoken by these characters and the English we speak today. The result is a book which is written in a tongue that no one has ever spoken, but which is intended to project a ghost image of the speech patterns of a long-dead land: a place at once alien and familiar. Another world, the foundations of our own.

The Wake has taken me nearly four years to write, a journey that has seen me poring over journals in the Bodleian library, sleeping out in the fens, wandering through ancient woodlands, gazing at the Bayeux Tapestry and the Staffordshire Hoard, and spending far too much time immersed in Old English dictionaries. The result is a book which is unlike anything I’ve ever written before.

I can’t promise you an easy bedtime read. But if you do fund me, you will receive something unique. Something which I hope will haunt your imagination long after you put it down.