The weather outside is fierce and blowing a gale, bending the trees, throwing birds about. And the weather inside? Well, if I am honest it's not brilliant. I've had problems with my ears since before Christmas, but this weekend it escalated and I now look like a boxer and feel like I have been  punched in the head! The fire is lit, and the animals seem to know that I need their company alongside the antibiotics and painkillers.

I wanted to let everyone know that Alison has made it home safe, and is back at work. At Christmas she collected her beautiful dog, so like a bear. She looks like a gentle soul and reminds me so much of my own dear Bella, not to look at, but just that look in the eye. 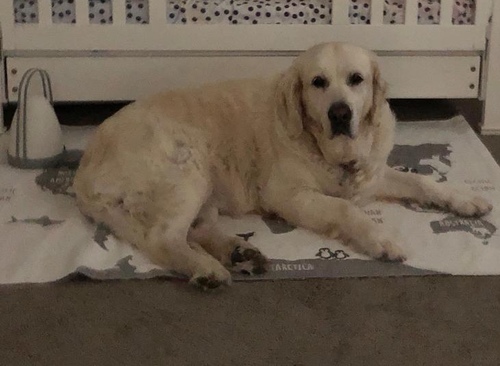 There's not much to report on The Unwinding front. Waiting for final designs to come in. But on Monday a secret will be released into the wild so watch out on twitter and elsewhere for that. It's something I have been working very hard on, in the company of good friends, and part of me is excited that at last it will come to light and part is scared for how it will be received.

My work is complicated. I'm unusual in having many books still in print, but for a while some were lost. Discomfort with a publisher, disagreements, hard work on the part of my agent, led to rights being reverted to me on many of my titles. Some of these are already back in print. The Seal Children, Can You See a Little Bear, both with Otter-Barry Books, The Snow Leopard and The Ice Bear with Graffeg. Next up will be Song of the Golden Hare with Unbound, with a new cover and spruced up design interiors, and it will be good to have this back. And also, what was the Cat and the Fiddle, with a new title and beautiful cover designed by Alison. 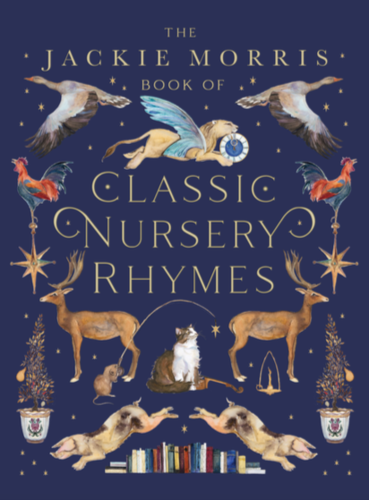 It's going to be a busy year, as Mrs Noah's Garden will be published in late spring ( and will be available on early release from the Spellsongs team as we tour).

I have a deadline. Earache is not condusive to thinking, and thinking is such a large part of painting, and I am struggling to put myself in front of my drawingboard today. On the plus side I can't hear the builders next door, what with the gale force winds and an ear that feels like it has a possum curled in it for refuge.

As I can't show more work from The Unwinding, let me show you instead what my house feels like today. This, below, is where I am writing, and once this update is complete and I have taken more painkillers I am off to my studio to try to lose myself in pigment, for a while. I have rosehip and hibiscus tea in my teapot. 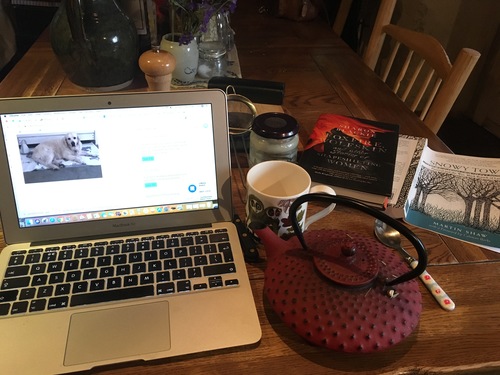 This is what cats are doing.....they are so peaceful. I'm not sure who is responsible for the corpse in the garden, but it is proof that looks can decieve. 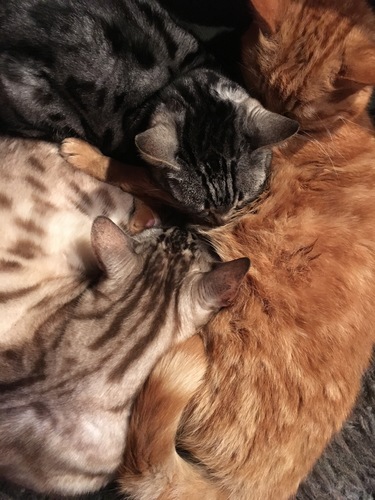 Fishheads made it quite difficult for me to get up this morning and seemed to think the best way for me to get better was if a cat washed my face. Hmmm..... 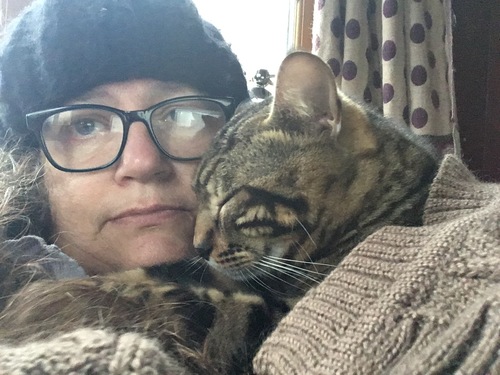 He's also been looking after my book. Reading two at a time at the moment. And loving both. They have deep connections through the roots of the earth. I adore the Foxfire and Wolfskin by Sharon Blackie. It is everything I could wish for in a book, almost as if she wrote it just for me. It's a shapeshifting symphony, filled with love, longing, rage and desire and paints such images in the mind's eye. Escaping pain into the pages of a book, I am keeping this close and rationing myself so that it doesn't pass too swiftly by reading Snowy Tower by Martin Shaw. 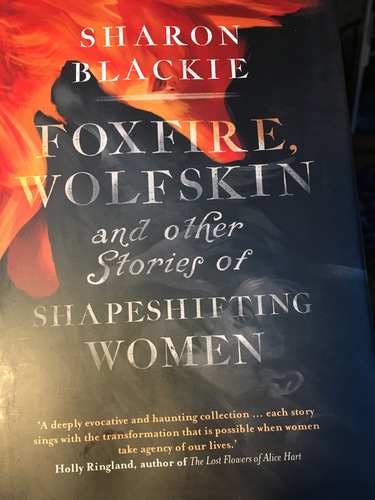 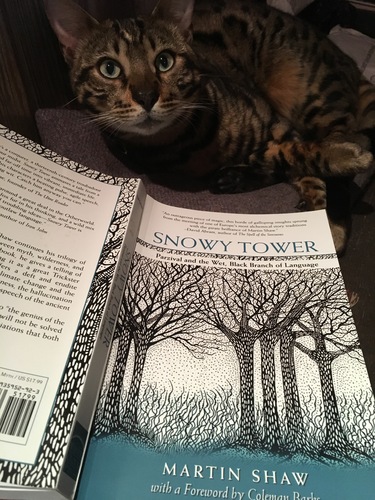 I first heard of this on the Backlisted Podcast. I ordered a copy, then visited my agent, who showed me a copy, and it transpires that she also represents Martin. It is deep and strange and wonderful. It's a soul song. The introduction required me to read slowly. Many things rang true, but perhaps the truest are these lines:

It is hard for us to imagine the time when human language was primarily just sound in a wider polyphony of earthly expression- the splashing brook, the pattering of birdsong. Hard for us to hear sound without drawing on the resource of visualizing letters if needed. The inside of our heads has changed dramatically in this regard. The effort required created a speech that can seem to sit uneasilyin the panorama of the wild, its burbles, chirrups and thunder. Human language can seem like the voice of a guardian or overlord rather than the confirming murmurs of a being placed absolutely within this textured web.

I've thought often about how different the world would seem were I not literate. Words connect, but can also divide. Writing connects, can also be used as a force for division. And writing about nature can lead us to a place of deeper connection, but also become, perhaps a barrier. Maybe this is how The Lost Words works, because it is word and image combined? In my mind I travel back to caves, before written word, when all was expressed in images and people painted the souls and spirits onto cave walls in pigments.

There are times when thoughts weave through my brain like the tendrils of plants and it's hard to follow their thread and metaphors mix. But there's another book I hope to work on soon, where the threads and the plants will join and hopefully build a new narative.

And meanwhile, yesterday, my beautiful daughter phoned me. She dropped into the conversation, about the exhibition at the V&A, Wonder, that she had signed up with my agent, Jessica, of David Higham. She had handed in a book proposal just before christmas. Now, isn't that a fine thing!

Hopefully in the next couple of weeks I will have more to show of The Unwinding. In the meantime, if you want to give yourselves a treat, listen to Backlisted. And also, this amazing thing I have just discovered at The Tin House. Max Porter in conversation in one of the best interviews I have ever heard from a podcast. And there's more. I'm away to listen to Richard Powers talk of Overstory, whilst in conversation with paper, using pigments.

Thanks for all the news in the update! I so hope your ear improves soon - and the possum moves out! Kathy xx

I’m sad that you’re having to work with earache but glad the creatures are looking after you. I had a lovely neighbour over for coffee who fell in love with my Four Fine Foxes and has gone home to order herself The Lost Words. We’re working together to make our tree lined south London road more wildlife friendly and full of enthusiasm and ideas. I’m so looking forward to The Unwinding and might need the buy her a cop too. Get well soon. Caroline x

Hope the antibiotics have begun to kick in, earache is a beast and makes one feel so lousy! I had a lovely surprise this week as a friend has tickets for Spell Songs in Cardiff in April and has asked me to go with her, She saw both the Hay performance and was in London for the Proms so is a number one fan - I've decided not to borrow her CD and enjoy my first hearing at the concert in April! Susan xx

I'm loving your updates, Jackie, and am so looking forward to The Unwinding.... Wishing you a speedy recovery from what sounds like a nasty ear infection. Shauna xx

Poor dear! I hope you feel better very soon. I always love your updates, and this one was no exception. In fact, I must thank you for introducing me to the magical Martin Shaw. Talk about going down a rabbit hole! I spent a good chunk of my afternoon reading excerpts of his books (trying to decide which to order first) and watching videos of his storytelling. xoxo

Thank you so much for introducing me to the TinHouse podcast - it's wonderful!!