That word 'deadline', it's a curious word to use. With books there is never only one deadline, and though it wounds final, fatal even, the deadline for delivery of text, images, is never really an ending, just another beginning. I'm moving towards the time when I need to deliver the words for The Unwinding. The book began in a small cottage in Dulverton. I had gone to the house a few days before doing an event, the idea being to get away from everything and to take some time to write the introduction for The House Without Windows. I had a week. But instead I contacted my agent to say that I had an idea for a different book, one that would bind together images produced over years. So instead of doing what I should be doing, because I had a deadline, I started working on a synopsis for this other creature. 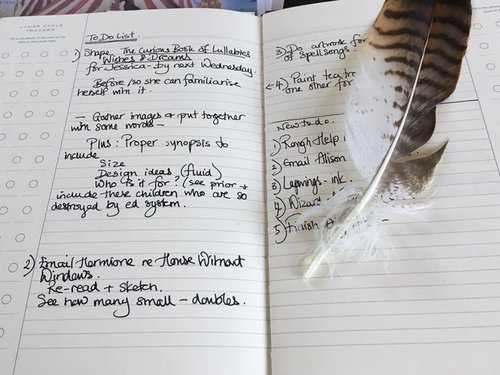 Now I am to travel back to the same small cottage to finish the words of The Unwinding, including an introduction, if it requires one, and for some reason I absolutely must do just one more ( or three) paintings. At the end of the week The House Without Windows will be released back into the wild. Because I did write the introduction, though in the end I wrote it on the beach at Porthsele, while wandering in and out of the sea. And then I rewrote, it was edited, I shaped it again, and then Hermione at Hamish Hamilton re-edited, made it stronger, backwards and forwards about eight times. And now it is done. All deadlines met. And the book is about to introduce the genius ghost of Barbara Newhall Follett to new generations. 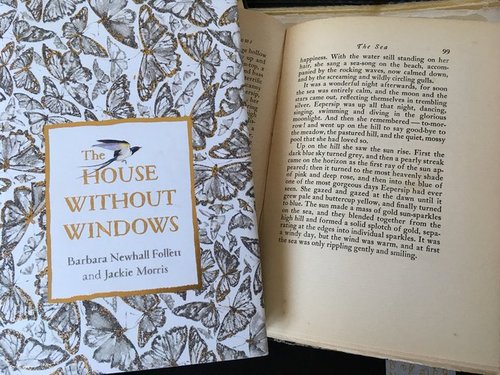 So, back to The Unwinding.

I've been shaping it, image by image, and the last week I've worked whenever I could on my dad's other typewriter, finding the pathways of words. 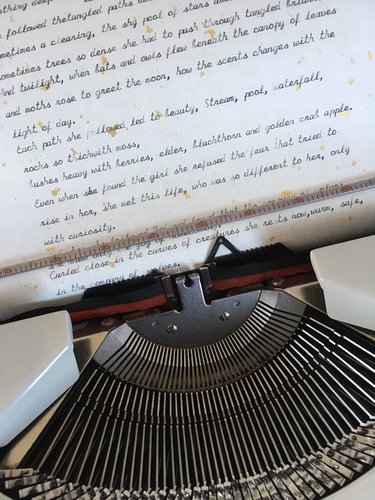 And in between times I have doodled in my sketchbook, tried to pull together the image that I want to rest my soul in next week. I look forward to much to unwinding my soul into this painting, and on this one, working the words and the images together. These were the first sketches for this painting, but I decided to make changes. 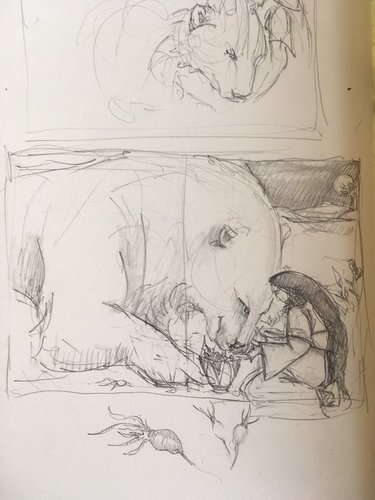 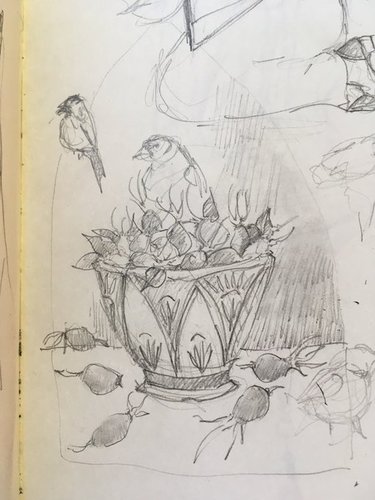 So last night I reworked, doodled. A phrase from the Bramble spell in The Lost Words kept repeating in my ears, 'moths have come in their millions'. 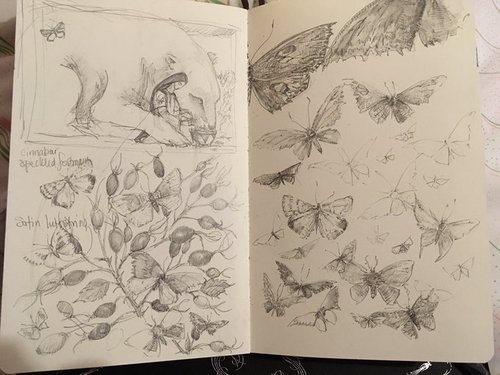 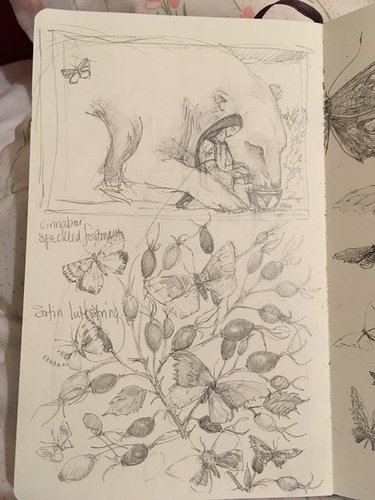 Rosehips, moths, a woman and the white bear, the quiet of night, dreams. All I have to do is to keep my focus, and not distract myself with other ideas.

And meanwhile, in Dulverton, Number Seven are preparing for two events, one of which is almost sold out, to celebrate the 'deadline' or rather 'lifeline' of the publication of The House Without Windows. The cover was created for the book by the wonderful Alison O'Toole, using the artwork created for the cloud of Monarch butterflies, so very beautifully framed by John, who gives my work such dignity with his glorious craftsmanship. 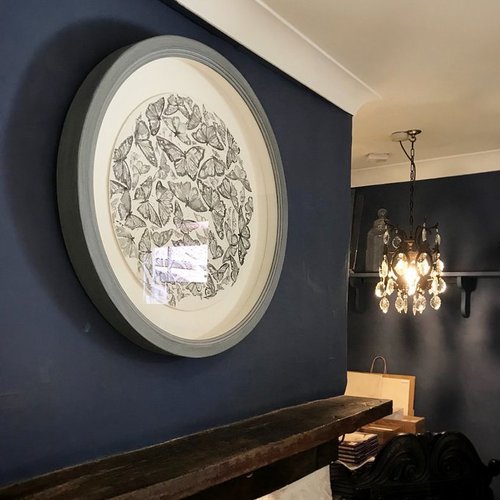 Thanks Jackie. Your updates are the highlight of my week. Enjoy Dulverton! Kathy xx

Thank you. I hope to find the peace I need there to paint.

These updates are such a generous glimpse into your magical creative world. Thank you so much for sharing. x