Last week took an unexpected turn when I was invited to be a guest on Woman's Hour, by Cressida Cowell, guest producer. Now, I love Woman's Hour. It has been the soundtrack of my working life (though since it moved to the morning I think it should be renamed Woman's Forty Five Minutes), but, well...... it's a long way to London. And it just happened to fall at a time when I had quite a lot of work to do, and it was the hottest day in, well, in ever-and-all-time it seems. I live by the sea. It's cool here. (While the rest of the country was sweltering I was enjoying a cooling haar.) Among other things that were spoken of was diversity in publishing. It's one of the things that drew me to Unbound as a platform, as a publisher, the diversity of their books, authors, subjects.

Anyway, bag packed I set off, made the most of my time away, had a fantastic meeting with Lizzie from Unbound, all the while behaving like the tiger who came to tea and doing my best to drink all the soda water and lime in the taps! And we talked about the size and shape of the book and other things that we want to do and working with her is just such a pleasure. And Cressida was great and Woman's Hour was an experience, and home via trees that I needed to see, and back into my studio, where I should be and wow.....so much to do.

It took a long time to get home as I had to keep stopping, to talk to the trees and look at their shape, to write words for The Unwinding. And back home I have been thinking about the scent of snow, and have a wonderful thread going on twitter about just that. 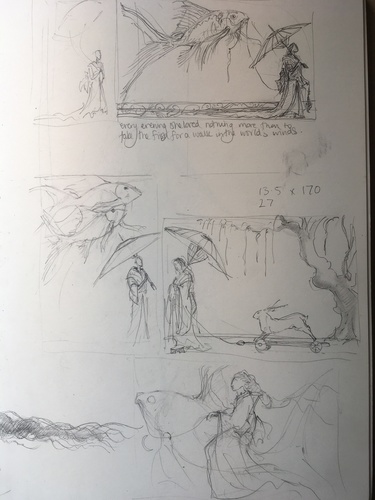 To get back into my 'place' I decided to work on a piece for The Unwinding.

There's a small golden hare on my desk. It sits on a dark hour glass, where black sand marks the passing of time for me while I work. It's something I thought I had painted. So finely crafted. It has a long, true story that I only know a part of. It belonged to Robin, my partner's mother. Her hare. We are not sure of anything else about it, how long she had it, where it came from. 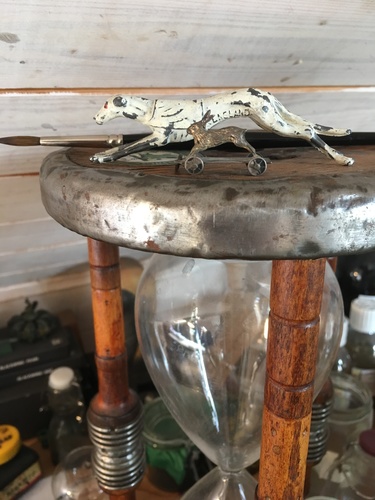 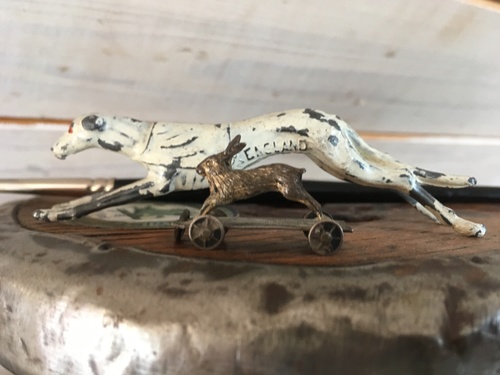 She's going to be part of many paintings I hope. For now she's in this, for The Unwinding, watercolour and goldleaf. 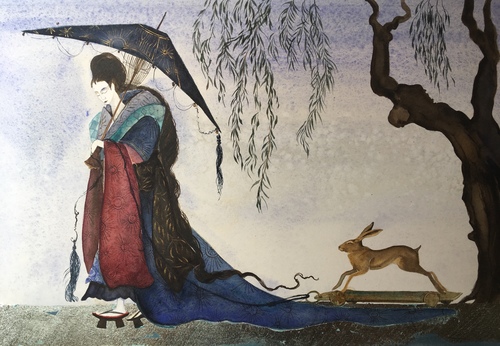 I am feeling all indigo, with a head full of the scent of snowflakes, snow that has fallen in a thickness, ice compressed over time, holding secrets and scents and stories.

For now this is called 'She Walks in Thought'. I am hoping for news soon that we can do something REALLY different, unusual, maybe a first, an original thing for publishing, and what better company to bring originality into publishing than Unbound.

I really loved reading about your golden hare. I won’t look at it in the same way now. I can’t wait to follow how the book develops.

Thank you. I'm sure she will be in many more stories.