A notebook, with illustrations.

In the book world when you present a project to a publisher it is usually fully formed. You write a synopsis, then you create the book. These days my projects have evolved as they grow between commission and completion. It takes a rare publisher to give you the freedom for an idea to evolve, but I have that freedom with Hamish Hamilton and with Unbound.

With Hamish Hamilton The Lost Spells was pitched as 12 new spells, and Robert and I have now written and illustrated 21, and there's something else evolving too, even at this late stage, so close to delivery, but that remains, for now, a secret.

With Unbound they understood when I asked if we could do two versions of the book, one with words and images, the other with only images, a heavily illustrated notebook, with questions that act as prompts for the keeper of The Silent Unwinding to write, draw, stick, stitch, whatever they wish in.

The cover is similar. If you click on the image you can read the blurb on the cover flap.

It also has a different dedication. 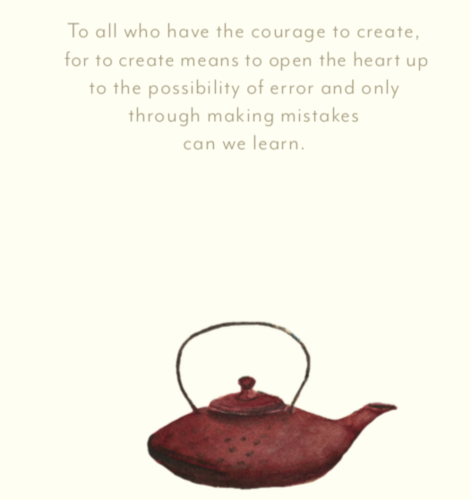 I hope people will have courage to create, whether they wish to keep this private, or to share on social media. I love the idea of people putting their own stories to the images within the book.

The space created is, I hope, enough, for people to choose to write, or play with doodling vines. Here, below are two pages. One from the Unwinding and one from its sisterbook, a Silent Unwinding, like a silent film version. 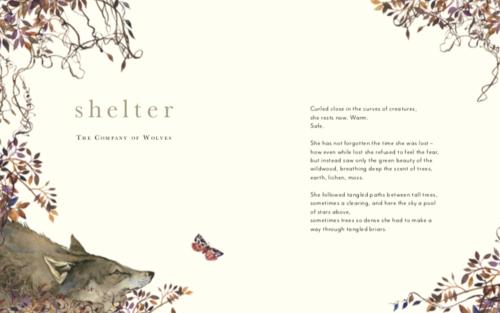 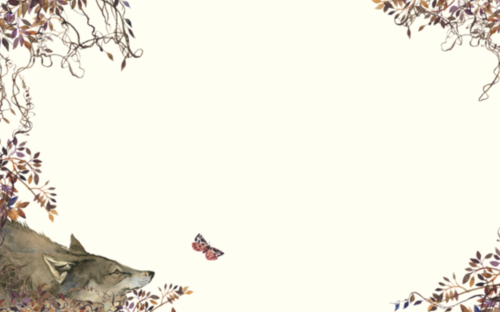 Hard to explain this to anyone, before it was made. Even I wasn't sure it would work. So I hope it does. But I love the way Unbound were open to taking on so many different ideas as the Unwinding evolved and unwound.

Meanwhile there are several crowdfunding initiatives happening. The otters below will be for sale on my website. All proceeds to go to the Spellsongs project in Birmingham. Also open to doodling an inky otter if these are all gone. 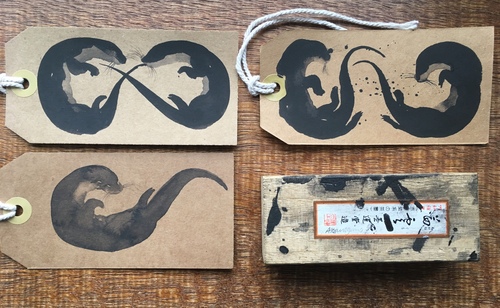 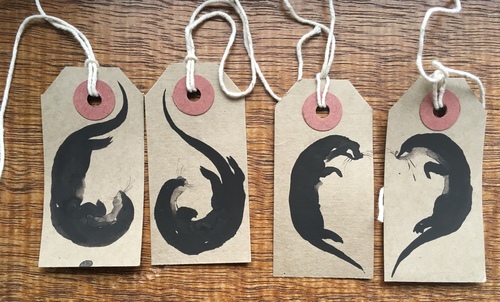 Hello Jackie, I have pledged for the Unwinding but realise I would also like a silent unwinding, can I pay for one or am I too late? .what wonderful work you do. Thank you Alison.

Alison, hope you see this. You can upgrade your pledge to include Silent if you wish. I think you just need to log into your Unbound account and buy. The only thing that has closed is subscriber list...... or you can order one from Kenilworth Books or Dulverton?

Like Alison, I would like to have a Silent Unwinding. My impression it is for jotting down my words. Being a thread artist I'd love to do sketches, keep them with the words then follow through with stitches. Thank you Alison for asking. Thank you Jackie for answer.

That was simple..it has been ordered

Jackie, this looks wonderful. I love the dedication. As someone who has always lacked the courage to create, feared error, I know this silent edition will encourage me to overcome my hesitancy in some way. I’ve added to my support. Thank-you.

Upgrade done. Loving the idea of having one to make my own notes, sketches, stitching what a beautiful idea

Thank you for replying Jackie , I think I have ordered the silent one now to go with the Unwinding. I think my granddaughter may love it too. Best wishes .

Thank you Jackie
I have added The Silent Unwinding to my pledge. Very excited to see them all in due course. Warmest wishes. Ellie