Hold on! I have a cunning plan! 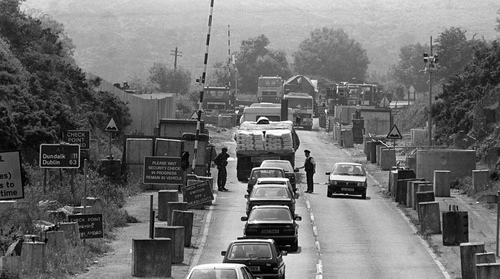 Some of the fellows I was at school with I haven’t seen in over 30 years. Yet they’ve been among the first to get their credit cards out to subscribe to the publication of my book, The Undiscovered Country. Adolescence is one of the most miserable times of your life. But the bonds that arise from enduring it together, in our case in the shadow of British Military Occupation securing a “hard” border in our country, the Troubles and the hunger strikes, still surprise and move me.

The Abbey Grammar School in Newry was also where, if truth be told, I learned some of the more colourful (i.e disgusting!) language that peppers the dialogue in The Undiscovered Country.  So my school friends populate the book in more ways that they might initially imagine.

They are now ganging up on me on social media demanding to see a published copy soon, because they want to know what happens... and some of them even know where I live!

So I have a cunning plan: if everyone who has already subscribed to The Undiscovered Country could convince just one other person to buy a £10 ebook of the novel, we should hit the publication target.

I know this is a big ask given all the generosity and support that all of you have already shown, but if you could see your way to it, it would hasten the day that Volunteer Mick McAlinden gets to tell his story, the one that has been kept hidden for almost 100 years!