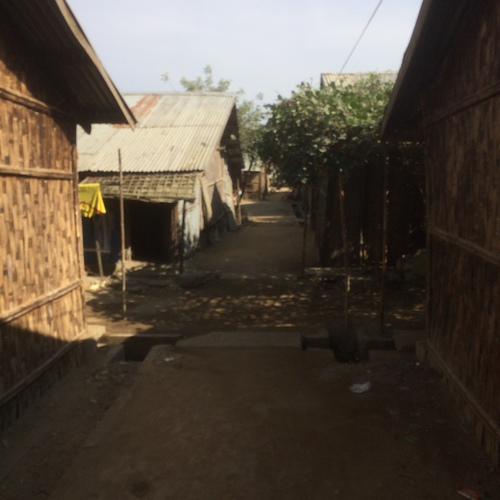 This past few weeks I have been travelling through some parts of the world affected by more recent and bloodier conflicts than the one I describe in The Undiscovered Country. And yet here the truth that Yeats recognised when reflecting upon the oppression and violence that were cause and consequence of the Irish Independence War still seems relevant.

Neighbours murder neighbours in every country beset by civil war. Military and paramilitary groups lord it over the weak. Schools are broken. Hunger is commonplace. And, as always, slavery stalks war-ravaged lands: children are forcibly recruited to armed factions, and abjectly poor parents, impoverished by decades of conflict, sell their own children in desperate hopes of survival for one or other.

The greatest horror, of course, is that those who do these things are ordinary human beings, made not empathetic but callous by their own experiences of violence.

It is some of these realities that I reflect upon in The Undiscovered Country. But it is not all bleakness because the book is also about the hope for decency that even flawed, foul-mouthed people can assert in the face of apparently overwhelming odds.

So, as I approach the 50% funding mark for publication, I wanted to say an enormous thank you to all of you who have already been so generous in your support to this project. There are some moments when there are not enough words to properly express the depth of appreciation owed to others. This is one of them.

Go well all, and keep safe.