I just wanted to say thank you again to those who have supported me and this project. The Twitch may not have set the world alight, but it is still smouldering and has opened doors that may well have once stayed closed.

Much as I loved (and still love) writing fiction, it is my non-fiction work that has been earning pennies of late. Regular writing for the likes of CountryFile magazine and Fallon's angler have helped to strengthen my platform and though I am far from affluent, more people are now beginning to seek me out to write.

I have written two further books since The Twitch was published. The Idle Angler, which, as the title suggests, is centred around fishing, and this month Rivers Run. This book again has angling as a narrative thread, but without stuffing it down the reader's throat. The publisher (and I) wanted to produce a work that was more accessible to non-anglers, with a focus on the natural world and a sense of being. Fingers crossed this is what I have delivered.

It is published through Rider Books and can be found in the usual places. I also write an regularly irregular blog on my website (www.kevinparr.net) which generally finds me rummaging in the undergrowth, picking up ticks and getting scratched by brambles. Sometimes I find something rather lovely though, such as yesterday afternoon. Two grass snakes in the process of mating. Certainly not something you see every day. 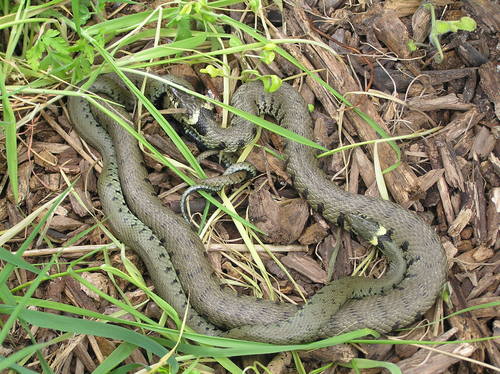 They form a rather beautiful circle don't they? Though the male is too short to complete it himself.

Sometimes, the most unlikely things can knock you sideways....