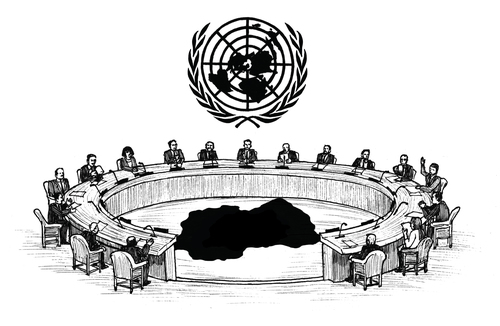 By day forty, while the world body argued over semantics, close to half a million Tutsis and moderate Hutus had been killed. More than a million people had been made homeless.

The efforts to produce a Presidential Statement in April had highlighted the differing positions on Rwanda and the political interests behind them.  After the Presidency passed from New Zealand to Nigeria, the focus of Security Council debates was on the exact description of events in Rwanda. There was tremendous hesitation and even resistance to the use of the word genocide. France was still pushing for the killings to be described as an outcome of civil war.  Rwanda called it aggression. The United States wanted to avoid the word genocide as it could trigger the Convention on Genocide, which brought with it an obligation for international intervention. The Clinton Administration would only go as far as to talk about ‘acts of genocide’, which they insisted fell short of genocide itself.

Then Ambassador Jose Ayala-Lasso, the newly appointed High Commissioner for Human Rights, announced his intention to travel to Kigali in mid-May. It was agreed to defer a decision on what to call the slaughter in Rwanda until his return.