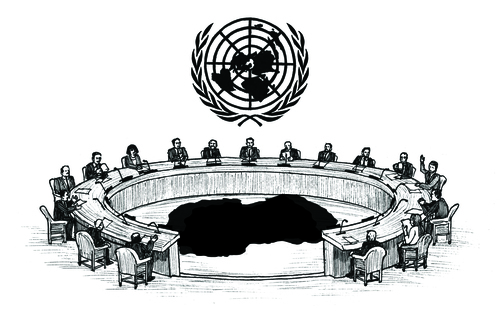 By day fifty of the Genocide some six hundred thousand Tutsis and moderate Hutus had been killed, and many others were in hiding.

On returning from his mission to Rwanda, the High Commissioner for Human Rights sent a report to the Security Council.  He had travelled to Kigali and Byumba, and had spoken to representatives of both the interim government and the RPF. His report called for a strong condemnation of the mass killings of civilians. He concluded that extremely serious violations of human rights had taken place in Rwanda, and were continuing. He refused, however, to attribute responsibility.

The members of the Security Council did not consider the report particularly helpful. Most of the positions within the Council remained fixed, though there seemed to be a shift in the American stance. The US Representative suggested the creation of a protective zone with an international force providing security along the Rwandan border. Such a mission, she argued, would be less complex and require fewer troops than a new UN mission.

The subtle shift in the US position notwithstanding, the Security Council passed Resolution 918, which imposed an arms embargo on both parties, and demanded that a ceasefire be agreed and the massacres end. A UN force of 5,500 troops was authorized. Efforts were thereafter concentrated on finding the troops to make up the force.

During an open debate on Rwanda, held in Mid-May, the Czech representative questioned the description of the situation as a humanitarian crisis. This is not a famine or a natural disaster, he said. In the view of his delegation, the only accurate description was Genocide.

He started his statement forcefully, saying that the crocodiles in the Kagera River and the vultures over Rwanda had seldom had it so good. They were feeding on the bodies of thousands upon thousands of children, of women and of men, people who had been hacked to death during the past six weeks by what had turned out to be a most vicious regime.

This was the very first time that a member of the Security Council had had publicly used the label Genocide to describe events in Rwanda. But even this did not spur the Security Council into action. In lieu of decision-making, the Secretary General’s representative informed the Council that another mission was being sent to assess the situation.