The Triumph of Evil –June 10 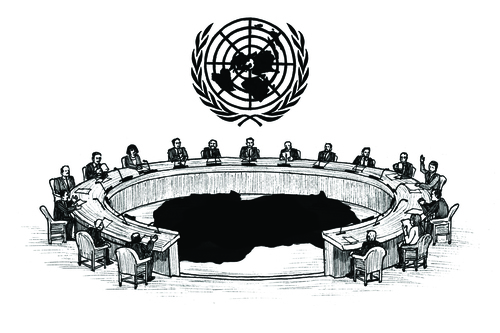 By day sixty day of the Genocide more than seven hundred thousand Tutsis and moderate Hutus had been killed.

In the very first days of June the Security Council was presented with the conclusions of the special mission that the Secretary General had sent to the region between 22 and 27 May, under the leadership of his Chief of Staff, Iqbal Riza. The report, the hardest hitting to date, included a vivid description of the horrors of the weeks since the beginning of the Genocide, referring to a ‘frenzy of massacres’. Significantly, the report also stated that the massacres and killings had been systematic, and that there was ‘little doubt’ that what had happened constituted genocide. For the first time the UN Secretariat dared use the term.

The report concluded on a bitter note: "We must all realize that we have failed in our response to the agony of Rwanda, and thus have acquiesced in the continued loss of human lives."

The Security Council then spent the first week of June discussing the report. The discussions occurred in the midst of the preparations for the commemoration of the fiftieth anniversary of the Normandy landings. Nobody seemed to find it incongruous that discussions on Rwanda should be held while at the same time the victors of World War Two, the five Permanent Members of the Security Council, commemorated Operation Overlord  - launched to ensure that never againwould the horrors of genocide be inflicted on the peoples of the world.

But to be fair, the Secretary General’s report had had a sobering effect. The Rwandan representative was now much less vocal. The French representative changed from insistence that rebel aggression had to be stopped, to declaring that a humanitarian tragedy had to be urgently addressed. Most significant was the full re-engagement of the US.

But much time continued to be spent rehearsing arguments about the applicability of the word genocide to Rwanda. Words have great importance in the United Nations. Sometimes words are mistaken for action.