The Triumph of Evil – Florence Ngirumpatse 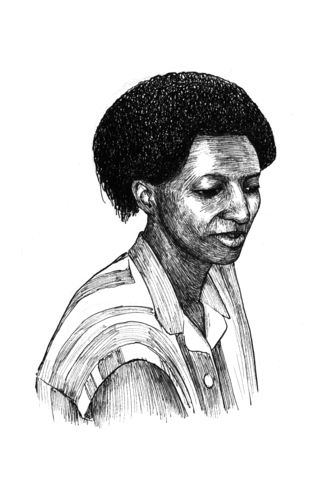 The days turned into weeks but the violence was far from dying down. The targeted political killings that dominated the first hours were supplemented by the frenzied involvement of the Hutu population in the murder of all Tutsis, whatever their politics. Day and night, there was the unrelenting sound of whistles, screams and shouts. It was now impossible for Florence Ngirumpatse and her family to venture outside of the compound. Florence, the head of personnel within UNDP, was much loved by all staff. Well, not by all. She was loathed by some for her popularity and status within UNDP. But to the vast majority, she was known to be attentive and almost motherly with those confronting difficulties. She was now totally dependent, as were other UN Tutsi staff, on the supply and support provided by Gromo Alex, Captain Mbaye and their team.

By mid-April, though no UN staff had yet been killed, the Tutsis among them were increasingly alarmed. The government-sponsored RTLMC radio had escalated its rhetoric, with speakers trying to outdo each other in attempts to fuel hysteria and hate. Cockroaches were everywhere, it was said. They needed to be annihilated - all of them.

A particularly ferocious presenter on the RTLMC radio was a French-Italian called Georges Ruggiu. He did not speak Kinyarwanda, the dialect common to both Rwanda and Burundi, but this didn’t stop him from being one of the chief propagators of extremist Hutu propaganda, exhorting his audience to kill all Tutsis and ‘disloyal’ Hutus. It is Ruggiu who is credited with finding the most effective phrase to spur the killings on:  graves, he urged, are waiting to be filled.

Meanwhile the UN continued to insist through their own radio channels that all staff would be protected. Even when the French and Italians started to evacuate their nationals, the UN message remained clear: WE WILL NOT ABANDON YOU!