The Triumph of Evil – April 21 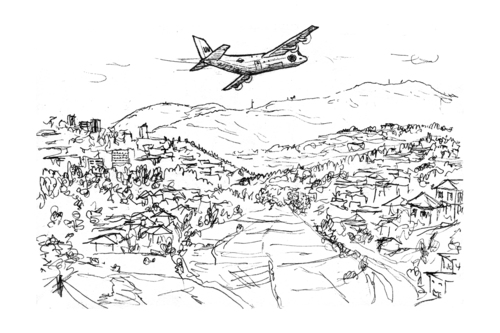 Working closely with Captain Mbaye, Gromo moved those Tutsi UN staff and their families who were located in the most isolated parts of the capital to the households of other UN staff. Florence took in a great many. Gromo was at pains to ensure that the houses were adequately supplied.

And then one morning, Gromo came to see Florence. He had trouble holding back his tears as he told her that the UN was evacuating all international staff. He would be flying out with the others over the next few days. He promised to do his utmost to come back to Kigali. In the meantime, Captain Mbaye would continue to keep her supplied.

That night on the UN radio, Florence and those she was protecting heard the same voice that they had heard every night insist that the UN would not abandon its staff. Yes, the internationals were relocating to Nairobi, but it was only temporary.

The next morning there was a new voice on the radio. An unknown person explained that the UN military mission had taken over the security network. Those staff with radios must listen carefully to the information that he would broadcast three times a day, must keep the channel clear and try to keep their radios hidden. The voice gave another frequency to use in case of urgent need.