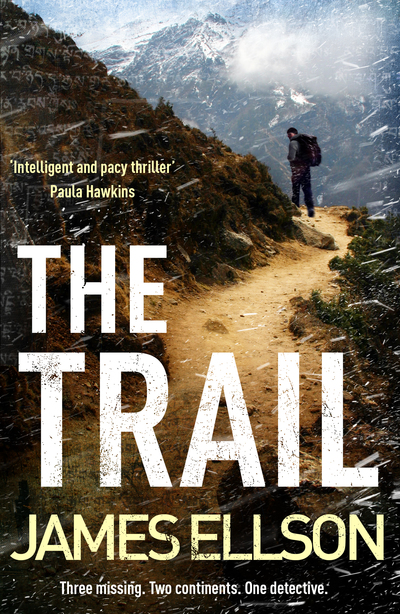 The Trail is a crime thriller. A missing person enquiry set in Nepal.

The Trail starts in Manchester. DCI Rick Castle is inspecting his bees when his boss phones. It’s his day off. Missing is 25 year old Calix Coniston. He’s a minor cannabis dealer. Rick shuts up the beehive, and goes to interview Calix’s parents.

Calix’s father is a Brigadier in the Ghurkhas.  Calix won a competition, the prize a trekking expedition in Nepal. He’s gone missing on the trek.

The Trail is told from two alternating points of view, DCI Rick Castle and Calix Coniston. Rick is having psychotherapy. His dad has dementia and his sister is getting married. He develops feelings for Maggie, a police analyst. Calix is a loner, a dreamer. He’s got a parrot called Bird Bird.

We find out where Calix is, and what’s happened . . . what Calix thinks has happened.

And, slowly, Rick uncovers a conspiracy which stretches forward and back in Nepalese geopolitical history.

The Trail is a work of fiction, but casts a spotlight on the hundreds of Nepalese workers who’ve died in the last decade.

Early praise for The Trail:

Paula Hawkins (Girl On The Train)

"Intelligent and pacy thriller . . . a taut, keenly-observed tale of revenge, perseverance and the struggle against injustice."

"The Trail is a stunning debut from an exciting new addition to the world of crime fiction. Ellson combines depth of characterisation and authentic police procedural detail with a talent for evoking a sense of place, particularly in his vivid portrayal of Nepal. An original plot lifts Ellson's first book above the level of most contemporary crime novels. And readers will be longing to hear more from his complex protagonist DCI Rick Castle."