The organic growth of a book

I am lucky enough to be working with a publisher who is open to the movement of a book. At the beginning of a project you present one thing, but in the making of it the book begins to change, turn in new directions. It's part of the joy of working with Unbound.

So, this book began with random typings onto gold leaf fragments, and now has moved to looking for other things on which to type. Including birch bark, which ties in with The Lost Spells ( by myself and Robert Macfarlane - pub by Hamish Hamilton- another book that grew and moved and developed in its making under the guidance of Simon Prosser and Hermione Thompson) with its silver birch spell. These are a few of the things I have been doing this week.

Painting birds. I can't yet show this. It is something Robert and I have been working on for a long time, but The Lost Spells came along and put itself in the way so that it became all encompassing.

Robert and I have also been preparing for our Hay Festival event, with the help of Cosmo Sheldrake and Chris Jelley. Chris is making a film to run alongside Cosmo's musical setting of Beech. And I will at some point be auctioning the copy of the book I paint leaves in. Our event is 26th November, chaired by Nicola Davies so should be good. 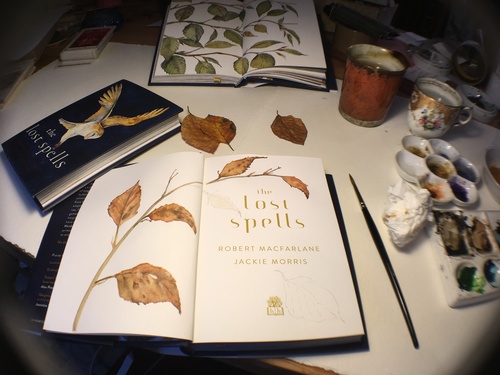 And talking of Hay, in teh summer I made a film, of the painting of a hare. The prints for this are now for sale at Hay Festival's online webshop. An edition of 145 with 50 being premium prints with gold foiling. They are selling fast and all profits go to support the festival's foundation. You can still see the work being painted on Hay's Hayplayer. 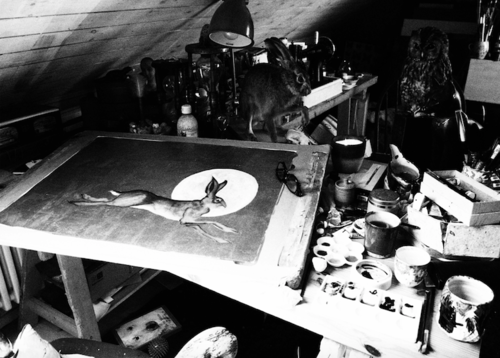 My head is so full with wings it's hard to think of anything else, but I have book labels to sign, many things to do, feel almost as if I am constantly failing because there's not enough hours in the day, and I just want to find peace of mind to paint, BUT, I did manage this week to also find the right words in the right order for the next story in the lives of Mrs Noah and her family. And that felt very good. I read it to James Mayhew, who will illustrate it. Always a moment of great nervousness.... he said he loved it, so I breathed a sigh of relief.

And I wrote this; a true story, on birch bark. 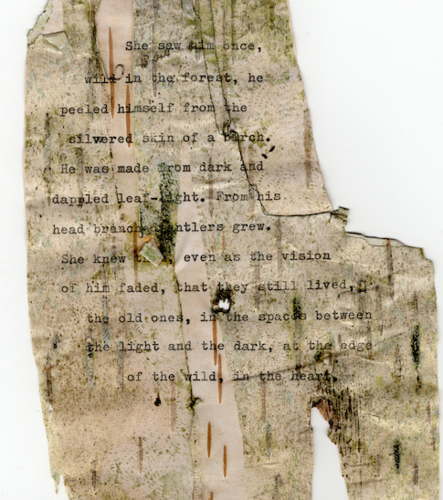 My writing desk now looks like a nature table.

I have a long list of things that need to be done, not least setting a task for The Silent Unwinding. But I wanted to make an update here.

I'm talking to Unbound about another book also, but that is another story.

Below is something I am working on that lives alongside The Lost Spells. ( Originally this book, The Space Between, was called Leaf Thoughts.) 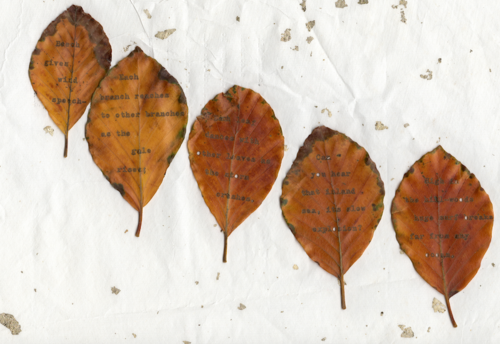 And also, here is a link to a small piece of real spellcraft.

Take care, stay safe, be kind. I'm hopeful that in a small way we may have turned a corner towards the light. 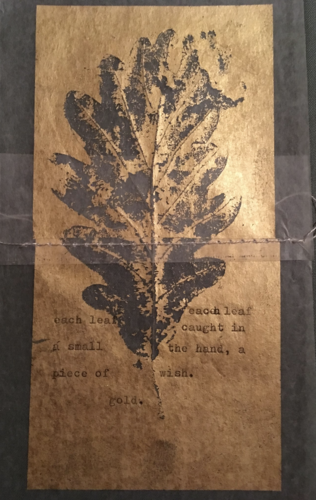 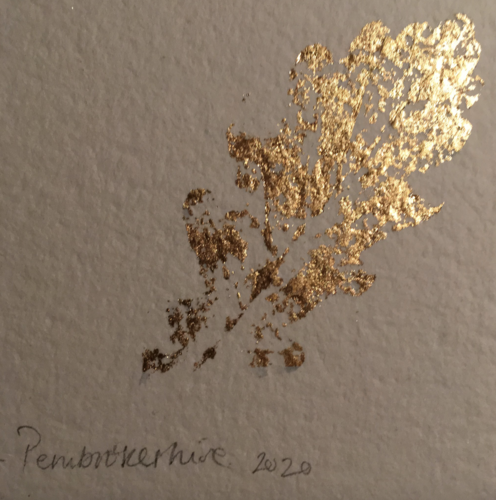