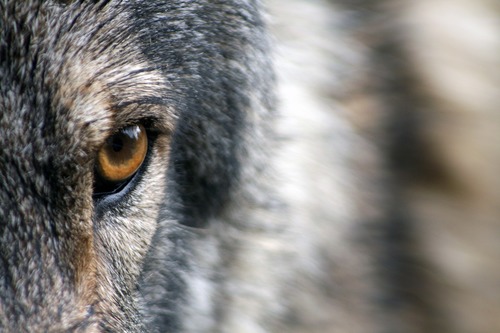 A certain Sunday in May found me plonked on the couch in my living room. I decided to check out my novel trailer again on my smartphone, smiling at the bit towards the end where the howling of wolves can be heard. I was still grinning foolishly at the YouTube screen when a familiar voice piped up.

‘Are there definitely wolves in Ireland?’

I turned to stare at my Dublin-born wife in shock, then remembered that we are living in the 21st Century, when the only wolves to be found on the Emerald Isle are in Dublin Zoo.

Yet rewind a few centuries back to the 16th C. setting of ‘The Sheriff’s Catch’, and you’ll find that Ireland was called ‘Wolf Country’ by both English and Welsh settlers.

‘A New History of Ireland III: Early Modern Ireland 1534-1691’, edited by TW Moody, FX Martin and FJ Byrne states that 16th C Ireland possessed ‘a very considerable extent of woodland’, and ‘the woods produced furs such as squirrel and marten skins, as well as goshawks for which Ireland was noted during the period.’

While it is curious to imagine the vast forests that would have greeted the shipwrecked Spanish Armada survivors, we should not mistake these woods for locations of easy concealment. A sinister note is struck when one reads on: ‘More troublesome inhabitants were the wolves that were still numerous and whose skins appeared in the Bristol trade.’

Besides being a dangerous pest to Ireland’s inhabitants, wolves were therefore also good business, because of their hides. It is noted elsewhere that the port books of Bristol record a yearly average of 100-300 wolfskins exported from Ireland to England throughout the 1500s, with a total of 961 skins being exported in a single year!

Hides were in fact a common Irish export back then, with wolf hides being sold to foreign markets along with the skins of cattle, sheep, martens, kids, rabbits, deer, fawns, otters and foxes. On the flipside, Irish imports are said to have included salt that came from Spain, France and England, which no doubt would have been used to preserve fish and animal hides such as the wolf’s.

Of all the creatures with hides in demand, the wolf is certain to have caused the most problems to the Irish due to its relentless preying on the herds of Irish cattle, with ‘A New History of Ireland’ rating wolves as being as big a hazard to cattle kept in the byre as human enemies and the winter cold.

In ‘Anglo-Irish trade in the 16th Century’, historian Ada Kathleen Longfield confirms the export of wolf hides, along with the hides of other animals already mentioned in ‘A New History Of Ireland III’ – she also adds the hides of the stag, hart, buck, roe and doe to the list. As for the buyers of all these skins: ‘Spain was the greatest customer, but Irish hides were to be found in markets of France, the Netherlands and Italy’.

Longfield also goes on to reaffirm that during the period, ‘the woods in Ireland were magnificent, affording ample breeding ground for many animals, including wolves’. Reference is also made to Irish hounds, ‘especially the unique breed known as wolf hounds, though not always differentiated’. These hounds were ‘kept in Ireland to hunt wolves whilst overseas they were thought “fair and fierce for the wild boar”’. 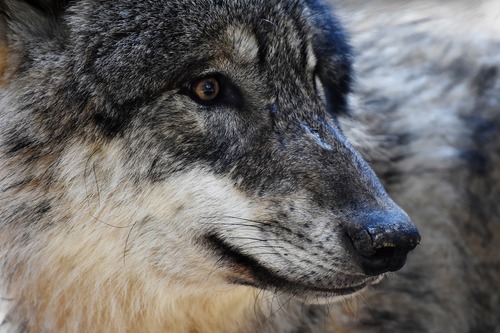 With so many wolves around, it’s hardly surprising that large dogs had to be kept to track wolves and to keep them at bay. In his ‘Histoire of Ireland’ completed in 1571, the English Roman Catholic Jesuit priest and martyr St Edmund Campion stated about the Irish that ‘They are not without wolves and greyhounds to hunt them, bigger of bone and limb than a colt.’

The Irish wolfhound was indeed a princely gift. In ‘The Making of Ireland And Its Undoing 1200-1600’, the Irish historian and nationalist Alice Stopford Green refers to a poem recited by the bard Teigue Dall O’Higgin at a meeting of the chief poets of Ulster and Connacht at the house of Maelmora MacSweeney, who in return ‘received from O’Neill’s bard a wolfdog that might be matched against any’. Other precious gifts bestowed on the bard O’Higgin included a dappled horse, a book of knowledge and a harp.

Yet it appears that ‘letting the dogs out’ was simply not enough to deal with Ireland’s severe wolf problem. And the problems for Irish herdsmen didn’t end with the canis lupus. In ‘Cattle-Lords And Clansmen, The Social Structure of Early Ireland’, Nerys Patterson states that in Medieval Ireland, ‘the only real insurance against low breeding rates, periodic disease, famine, brigands, wolves and poor herding was the maintenance of very large herds, scattered in many different areas.’ Patterson goes on to add that the ‘herd was composed of 37-40 cows, one bull, five-six steers, five-six heifers, thirteen yearlings and 14-16 calves.’

However the wolf was not necessarily without its own setbacks, since ‘Cattle-Lords And Clansmen’ also informs the reader that ‘the medieval pig could fend off wolves’ which is just as well really, since it seems that ‘pork was the most frequently consumed meat of the general population in Medieval Ireland’ (although things might well have changed by the 1500s, a century described in Ireland and Scotland as falling within the ‘late medieval’ period, but referred to elsewhere as forming part of the ‘early-modern’ period.).

The wolf was obviously regarded as an outsider by Irish society. To the extent that T.M. Charles-Edwards writes in ‘Early Irish and Welsh Kinship’ that the Gaels in Ireland referred to aliens from overseas as ‘grey wolf’. In ‘Elizabethan Ireland’, G.B. O’Connor adds that one of the customs of the Irish was to track wolves, along with wild boars, red deer, badgers (which was considered a delicacy by the Gaels) and otters. Despite this, W.G. Wood-Martin, author of ‘History of Sligo Country and Town’ states that in the 1500s, the ravages of wolves were severe. It is, after all, a creature known for its cunning, which means that capturing and killing it would have been no mean feat.

As might have already been guessed, the wolf often gets a mention in the bardic poetry so dear to the Irish tribes. In bardic verse it is described as a crafty creature, paying a ‘visit to plunder a flock in the presence of its keepers.’ Once more the ancient bardic verse assigns a ‘foreign’ element to the wolf, describing ‘a den of foreign wolves’ whilst recounting a recapture of Enniskillen.

The Irish were not alone to assign this name to outsiders that included the English ‘Sassenachs’. Ironically, in ‘The Elizabethan Conquest of Ireland, The 1590s Crisis’, John McGurk says that the Sassenachs in Ireland even managed to earn this description from their own sovereign. McGurk says that just before her death, English Queen Elizabeth is supposed to have said to her court:

Heh, talk about something coming straight from the horse’s mouth!

That said, during the Tudor reconquest the English themselves did not hesitate to also refer to the Irish natives as wolves. In his brilliant ‘The Great O’Neill’, Sean O’Faolain tells us that ‘for years…Irish roved the forests and lived like wolves with which the English compared them’.

Indeed the fierce fighting amongst the Irish tribes and between the Irish and the English (not to mention the fighting with the Anglo-Irish, throw in the Scots Gallowglass mercenaries on top etc etc – a hell of a lot of fighting happened all over late medieval Ireland!) yielded a lot of corpses, which meant that ravens and wolves were constant visitors to the site of a skirmish or battle, after the fighting was done. The Earl of Desmond’s corpse is said to have been discovered half devoured by wolves, which is not to mention the literal feast that awaited both raven and wolf along the beaches on the Atlantic coat of Ireland following the slaughter of Armada castaways. 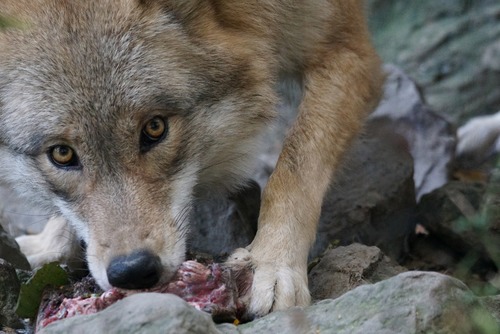 In the famous letter written by Armada castaway Captain Cuellar, we read about his comrade Don Diego Enriquez:

‘..I learned, subsequently, that he was a personage of importance; there he lay in the open field with more than 800 other corpses, which the sea had thrown up on the shore, and the ravens and wolves fed on them…’

Harking back to the same period of the 1500s, we have ‘the bard’ himself, good old William Shakespeare, also referring to ‘the howling of Irish wolves against the moon’ in ‘As You Like It’, and in his epic poem ‘The Faerie Queene’, Shakespeare’s contemporary Edmund Spenser provides the following description to the Irish woods:

‘Doth to this day with wolves and thieves abound:

Finally, it appears that the problem of wolves was so great, that it was also the cause of a ‘rising-out’ which would be summoned by the Irish chieftain. In ‘From Kings To Warlords – The Changing Political Structure Of Gaelic Ireland In The Later Middle Ages’, Katherine Simms states that:

‘the tracts mention…public duty to participate in more restricted musterings for internal defence, which could include the periodic extermination of wolves.’

All of the above references to both literature and scholarship prove beyond doubt the abundant presence of the wolf in sixteenth century Ireland. Following the Tudor reconquest, the increasing number of English and Welsh settlers in Ireland were taken aback by the large numbers of wolves to be found there, given that they hailed from countries where the wolf had been practically exterminated towards the end of the 1400s.

Oliver Cromwell certainly wanted the wolf gone from Ireland. The export of Irish wolfhounds was banned to ensure that these dogs were kept at home to help hunt down the wolf. Substantial bounties were set on wolves, with professional trappers were also hired from overseas. Yet the Irish wolf still outlived Cromwell, with the last wolf in Ireland recorded as being killed by a wolfhound pack in 1786.

Incredibly, recent years have seen calls for reintroducing the wolf to Ireland, with famous English veteran broadcaster and naturalist David Attenborough himself backing them as late as March 2015. Environmentalists think that the reintroduction of the Irish wolf would help cull overabundant deer herds, and create a new business in which tourists would flock to Ireland to engage in ‘wolf-watching’. As expected, this has not been received very well by the Irish farmers’ lobby.

I can’t deny that reintroducing the wolf to Ireland is a truly romantic notion. That said, it’s just as well I’m not a Spanish castaway running through the forests at night in 16th C Ireland! 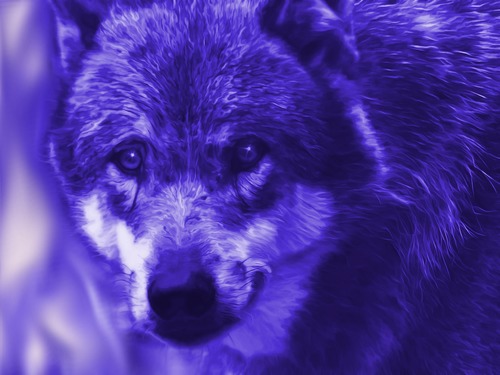