Well, what a last couple of days it's been!

In ten years of writing I’ve been nowhere near these highs. ‘The Sheriff’s Catch’ is still trending at number 1 on leading UK crowdfunding publisher Unbound’s platform, across all categories which include 375 (published and unpublished) projects.

The patronage to date has been quite simply unbelievable. We went live on Unbound’s website at 2am AEST on Thursday morning, and as I write it’s closing in on 10.30pm AEST on a Saturday. In less than three days (that feel like three months already) we have together achieved the following:

(4) Unleashed a Thunderclap across social media by securing the backing of 100 supporters, reaching 60k+ people 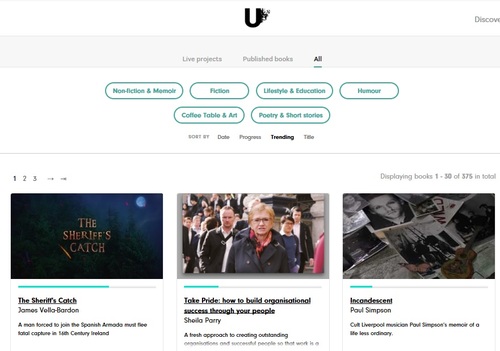 The project is absolutely flying thanks to your help and belief. And I’ll do all I can to ensure it is justified. I believe it was the late popular Scottish novelist Dorothy Dunnett (of Francis Lymond chronicles fame) who once said that she started writing because she could not find the books she wanted to read. And I can honestly say that that is also the precise reason why I write: I am essentially trying to write stories that I would love to buy and read.

Some patrons have asked what will happen once the crowdfunding target is reached and some have also expressed curiosity about Unbound and how it works.

Firstly understand that Unbound is a hybrid between crowdfunding and traditional publishing. What I mean is that it’s not purely a fund-raising vehicle, and I think that this has been clear to date from the very outset of the campaign. It is crucial to understand this, because what it means is that they have ‘skin in the game’: in fact they’ve got twice as much skin in the game as the whole of us combined. They see this project as a profitable initiative.

So once the crowdfund figure of 4k quid is raised, Unbound will contribute twice this figure to put my manuscript (oh, has anyone liked the excerpt?) through a traditional and rigorous structural editing, copy editing and line editing process. They’ll then design the book cover, provide all patrons with their copy, and then sell the book (with all patrons’ names inside it) in ebook format and distribute hardcopies through Cornerstone, a division of Penguin Random House.

I think it’s quite ironic that so many of us (most definitely including me) have found the crowdfunding part of this venture to be such a novel (forgive the pun) approach to publishing – my old friend Keith today also described it as ‘cool’. But the truth is that it’s actually an accepted way of funding literature that is as old as the hills. Today I googled ‘subscription publishing’, and came across some books that were wholly (and not just partially) financed in this way in 17th, 18th and 19th century America. It was also used in the UK to produce John Milton's Paradise Lost and works by Charles Dickens (and crowdfunding is ironically being used now to try and rescue his famous Swiss Chalet, where he wrote most of his work) and Voltaire.

I’ve included a few links below, for anyone who’s interested in learning more about crowdfunding and Unbound: 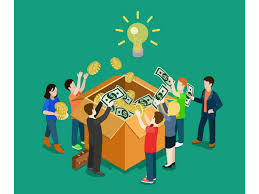