A fair few peeps have been asking me about the Golden Trailer Awards in L.A. and I’ll definitely update you about all that in this post. But I’ll first kick off with some info about the upcoming Book Signing Event to be held in Sydney at the end of June (details about the European launch that should be held in Malta this year will also follow in coming weeks): 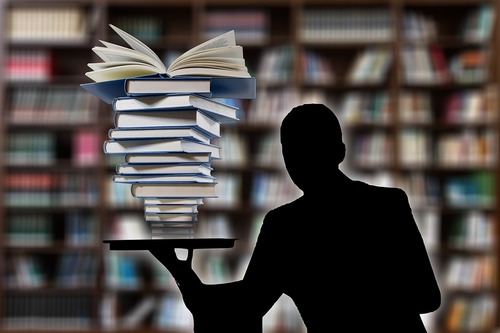 Following its online launch on The Pigeonhole back in January, The Sheriff’s Catch will finally get its traditional Australian launch at a Book Signing Event to be held in Sydney. By now most of you would have received your invitations, but if anyone hasn’t and is keen to attend please drop me a line to receive event details.

A few of you have also joked about how I’m set to bankrupt myself, but the function is to be paid out of the first cheque I received for Sheriff. And it’s no less than all of you deserve for having supported our literary breath of fresh air!

I look forward to having a drink and a proper catch-up with everyone, it should be a night to remember. It will be great to pause and catch my breath with all of you after the journey we’ve been on. 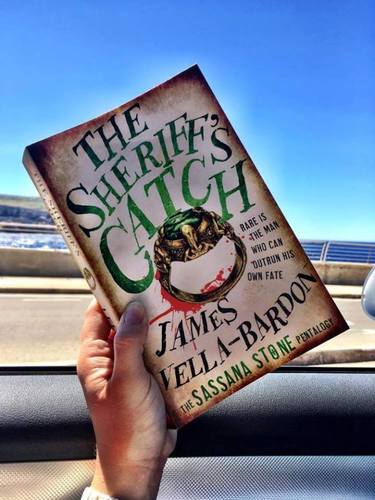 Programme is as follows:

1. Danelaw Medieval Fighting Society, a Sydney-based Medieval re-enactment group, will be kicking off the evening at 6.30am sharp with an entertaining and interactive Medieval weapons presentation. Whether you choose to just watch or muck in, it should be a good laugh.
2. A couple of mates will deliver a short address.
3. I’ll talk briefly about the novel and probably also read a couple of my favourite excerpts from Sheriff (don’t worry, Donna will cut me off after five minutes),
4. Question time will follow, please ask me as many questions about the novel as you like
5. Book signing and sales: paperbacks will going for a one-time-only special price of AU$11 (kindly note I’m not making a cent of profit from these sales)
6. Boozing & mingling (food will also be provided) 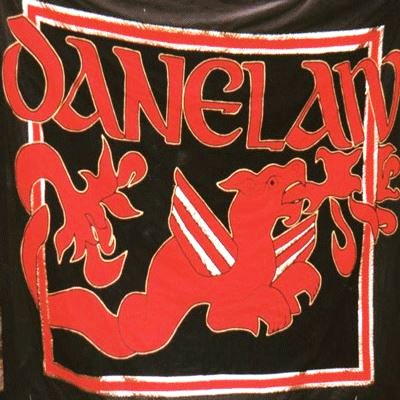 (1) NO BIRTHDAY (OR OTHER) GIFTS REQUIRED PLEASE but do feel free to purchase copies of Sheriff for yourselves or your local library or as gifts for your friends
(2) Dress code: casual (although Danelaw will be happy to share their armour and plate with any volunteers during their presentation) 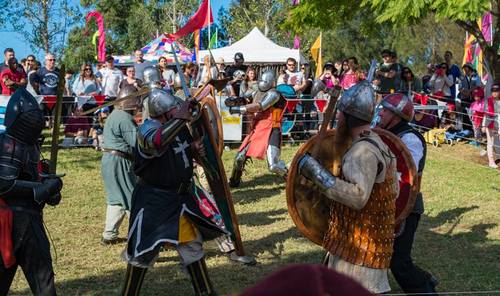 On Friday 11 May I was quite surprised to discover that I had been shortlisted for the 19th Golden Trailer Awards in the category of ‘best trailer for a novel’, with the nominees having been announced two days earlier. After a lot of umming and aahing I decided to attend, after a big push from the missus who held the fort at home while I was away.

The plan was to meet my dad in L.A. but upon my arrival I was surprised to discover that my mum and sis had also tagged along. It was great to catch up with my sis after two years. I wasn’t quite sure what to expect from L.A. Some friends told me it was a lot of fun while others told me not to get my hopes up. But during my brief stay I found downtown to be very laid back and full of interesting museums and other attractions and sights, give or take the odd crazy on the street. 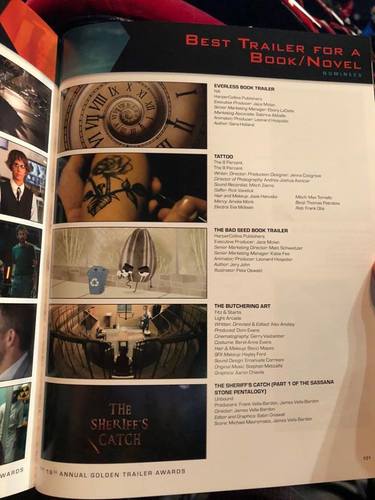 On the first day there we hired a pick up / drop off van, driven around by a very knowledgeable Brazilian guide who took us through L.A. where we saw many of the main sights, which included the sights around downtown, the Observatory, Beverley Hills (where I caught a glimpse of Al Pacino’s house, but regrettably not Al Pacino), Hollywood Boulevard (where we also had a peek at the Dolby Theatre where the Oscars are held) and Sunset Strip (where Guns n’ Roses started out, long before they broke up and left me a broken-hearted teenage rock n’roll orphan in Malta).

The next day we caught a train to Santa Monica beach, with the train ride itself proving an interesting excursion as we were exposed to a good cross-section of L.A. society. As my sister observed during the ride: it’s incredible to think that we’re actually here, when we see and hear so much about this country. After a great family day out we received red carpet treatment at the Ace Hotel later that evening, with the event taking place in a grand old movie theatre where audiences were treated to first screenings of Universal Studios’ earliest movies many years ago. I got to mix and mingle with a fair few editors and directors, and it was such a crazy privilege to step into an industry so different from my own. In truth I felt like a bit of a gate crasher, but we were made to feel quite welcome. One of the editors, Eric, whose company was involved with producing “The Shape Of Water”, was pretty amazed that I had been nominated for an independent production. He said it made Sheriff’s nomination all the more extraordinary. 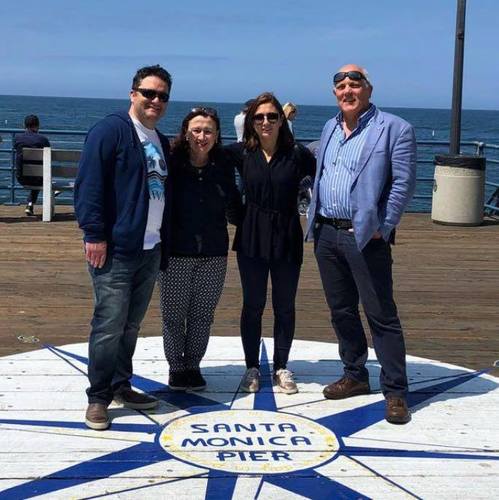 The ceremony was funnier and even more irreverent than I first expected, with outrageous star host Michelle Buteau pulling no punches as she shared side-splitting social critiques, joked about the awful L.A. traffic and laid into the odd heckler with gusto. Anyone who’s interested in the event can watch the whole GTA’19 show on Youtube. Before the show I told my parents and sister not to get their hopes up at all, since I was up against professional pros who had pulled their trailers together on significant budgets. I was of course to be proved right, although it was quite thrilling to see my work shown alongside trailers for last year’s blockbusters ‘Black Panther’ and ‘Wonder Woman’, and other epic productions including the award-winning movies ‘I, Tonya’, ‘The Shape Of Water’ and acclaimed TV series like ‘Stranger Things’ and ‘Westworld’.

One of the presenters had me in stitches when she said ‘Hollywood often gets a bad rap for not taking many risks. But can you believe that it’s been more than two weeks since the latest Spiderman reboot’. It was also good to see a group of Aussies picking up one of the awards, and on a tragicomic sidenote, I also met a group of Yanks seated behind us whose trailer was nominated in six categories, yet who didn’t win a single award. Thereafter it was off to The Clifton for a buffet meal and after party. 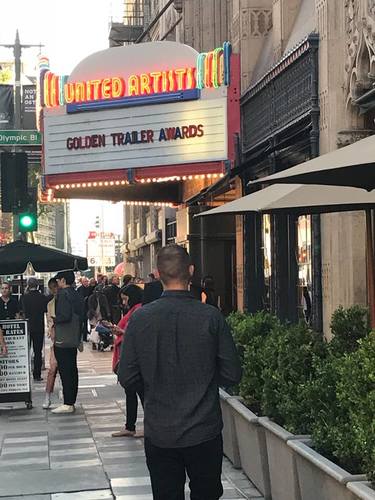 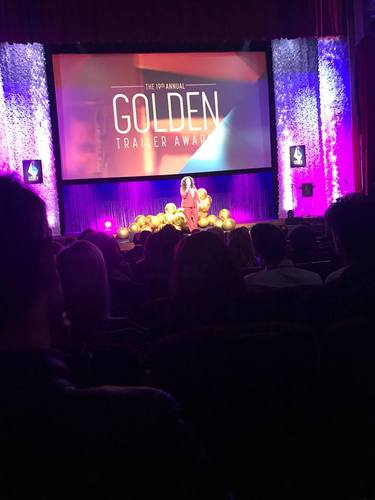 The next day was spent at Universal Studios, where we jumped on a few fun rides and also watched a few incredible special effects displays and other shows. It was a great way to end the mad three-day jaunt, just as family opinions were getting a bit too Mediterranean for my liking. So after a very quick kiss and hug I said ciao to my Malta-bound rellys before grabbing a cab back to LAX.

So what did I think of L.A. overall? Well, one thing’s for certain. One of the editors at the Awards ceremony told me that the likes of Netflix have so much money that his trailer company cannot cope with the amount of work they’re getting. He also told me that you only need to start up a trailer company in L.A. and the work will be sure to follow. So if you’re a bright young thing and into moviemaking, directing or anything else to do with TV or film, pack your bags and head to L.A. right now. It’s where it’s all happening. 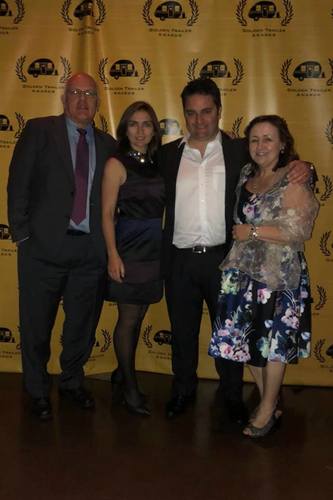 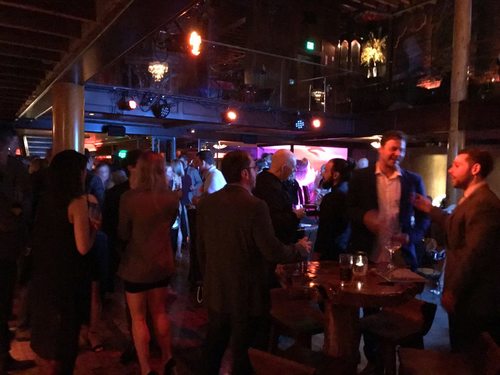 In conclusion I’d like to thank my dad Frank for helping me to produce the movie, and Michael Mavromatis for putting together the score and Sabin Gnawali for editing the trailer and adding some fantastic graphics at the start and at the end. It was great to catch up with Michael and Sabin upon my return to Sydney, and they both received a copy of the event programme. We’re all itching to get to work on the Rebel trailer, and from there who knows what dreams might come. 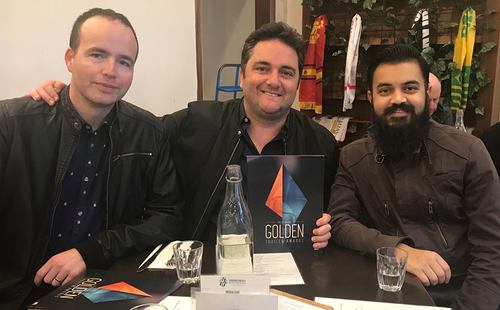 We’re now just over three months since publication date. And so far things have been crazier than I expected, when you consider that this is an unconventional debut novel which takes great risks. Thanks again to all patrons, to date our achievements include:

– Topping the Unbound platform in all categories for three days running
– Taking international digital book club ‘The Pigeonhole’ by storm
– Attracing interest from leading US, UK and Australian literary agents
– Scoring 4.7 / 5 to date on Goodreads, even higher on Amazon
– Nominated at a Los Angeles awards ceremony
– Sold out in Maltese bookshops
– Sparked the interest of a scriptwriter and a creative director at two film studios, who said they loved the book and are keen to develop it as a TV series once they’ve completed their two current TV projects
– Unbound have advised that the novel is currently selling 35-50 ebooks a week!

If you’d offered me all that a year ago I’d have ripped your arm off!

We’ve also featured in a few blogposts, and here’s the list for anyone who’s interested to read them:

The next big thing is that I’m to be interviewed by radio host Teresa Quinn on Irish literary book show ‘Bookline’ on Liffey Sound 96.4FM at 11-11.30am (GMT+1) on Sunday 1 July. Teresa has informed me that she read and loved Sheriff and here’s a link to her recordings for anyone who cares to listen in.