With the novel in its last stages of editorial development, I thought I’d introduce another patron who gave me a hand with this project through his extensive knowledge of 16th C Irish history.

I first came in contact with Scott Cross after joining the 16th Century Military History (1499-1604) Facebook group in December of 2013. It’s one of countless special interest groups that are sweeping across social media like a rash. Having spent five years working on a novel set in 16th C Ireland, I was intrigued by some of the group’s pictures. I remember that they were full of  passionate and fun-loving Living Historians who were dressed up as Irish kerns and Spanish tercios.

After commenting on some of the shots I struck up some interesting conversations about 16th C Ireland with Scott, who I found to be engaging, opinionated and hugely knowledgeable. These attributes were complemented by his wicked sense of humour and self-deprecating jolliness. 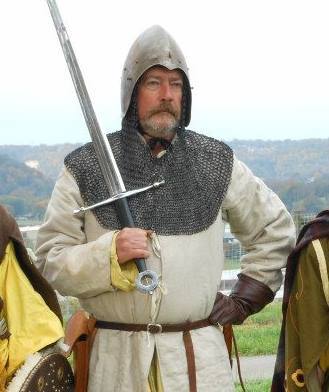 Scott is also the administrator of another special interest group, ‘Ag Lorg Eolais’, which in Irish Gaelic means ‘search for knowledge’. It has been described by Scott as follows:

‘This is a group of serious Irish historians and reenactors of Early Irish history until the modern period of 1600 or the flight of the Earls. Earlier periods of Irish history are also subjects of discussion, but the emphasis is on the 1500s.’

‘Ag Lorg Eolais’ now verges upon 150 members, and is a natural home for scholars, academics, reenactors and enthusiasts of the 16th C Irish period. It is a space for great conversations, debates and exchanges of ideas, with plenty of pictures, articles and book excerpts traded each week. Foremost among these exchanges is our redoubtable and charismatic leader Scott Cross, with the call of Gaelic Ireland still running strong in his feisty and passionate blood.

Scott boldly declares himself to be a philosopher, scholar, warrior, and lover. And each of his army of Facebook friends would loudly support the veracity of that statement. An archivist at Oshkosh Public Museum, this current resident of Wisconsin obtained his Masters Degree in Historic Administration at Eastern Illinois University. 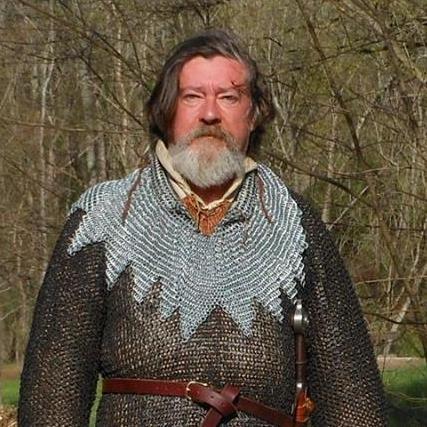 1. I’ve never asked you about your link to the Emerald Isle. I’ve always assumed that it’s part of your heritage?

I am half Irish-American. My mother’s maiden name was Brennan. My Grandfather, Shag Brennan was a major influence on my young life: he took me fishing, hunting, and visiting local historic sites. He drilled it into me, “Remember Scotty, You Are Irish!” He regaled me with stories of the Irish-American experience in the USA.
Later I became a Living Historian, authentically portraying many different time periods of American history, most notably the American Civil War. I was very driven to make myself and my fellows be as historically correct as possible. I have published more articles than I can remember.
So, Irish Living History. I had been estranged from my only surviving son Ian Cross. He came to live with us and made friends with people who were very much interested in a nearby Renaissance Festival at Bristol, Wisconsin. He and his friends were doing a pseudo Scottish impressions, based nothing on history.
I approached Irish and Scottish history like I looked at any time period in history and found every resource available. I studied the clothing and began recreating the garments for myself and my son. I then became totally absorbed in Irish history and attempting to recreate that history through Living History.

2. Until I started writing ‘The Sheriff’s Catch’, I never fully realised just how fascinating Irish history is. But what’s the reason for your particular obsession with the 16th C?

Queen Elizabeth’s imposition of total control of Ireland, that began with her father, Henry VIII. Everything changed after that.

3. I’ve seen you dressed as an Irish Kern and also a Scottish gallowglass. Both of whom were prominent foot soldiers fighting on the side of the ‘rebel’ Irish chieftains during the 16th C. Which warrior type would you rather have been, and why?

I started out doing an Irish Kern impression, since it is so inexpensive and easy, and gradually developed a mercenary Gallowglass in Irish service impression.
My Irish ancestry is the O’Brennans, they were driven out of their lands,
I would have been either a Chieftain of the clan, making attacks on the English invaders, but more than likely a simple Irish Kern.

Here are some good quotes:
“The O’Brennan septs are and always have been mere [meaning native Irish] Irish who illegally entered and intruded into the territory of Idough, anciently called ‘O’Brennans’ country,’ holding its several lands and tenancies by a strong hand against all claims.”
— English jury, 1635
“…The O’Brennans, a sept of thieves without any right or title, … were a perpetual disturbance to the peace of the county,”
--English officials arguing in 1644 against the official return of the Brennan lands.

Brian O’Rourke in Connacht, but there were many others.

5. I know that you’ve also walked the Cuellar trail in Connacht. What do you think your average Spanish Armada survivor would have made of Ireland and the Gaels?

Total confusion. Strangers in a strange land. The problem was in finding sympathetic Gaels, and avoiding English transplants, which Cuellar referred to as “Lutherans”.

6. I’d love to know who your two or three favourite personages from the period are, and why?

(i) The Earl of Desmond. Although of Norman English heritage, he embraced the culture of Ireland, and rejected English rule.

(ii) Fiach McHugh O'Byrne a little known Native Irish rebel, where in his fasts in the mountains south of Dublin dealt some heavy blows against the English, before he was cornered and killed. His head was removed and displayed at Dublin Castle.

(iii) Brian O’Rourke. The grand jury found evidence of various offences of treason, the most substantial of which concerned the assistance given to Armada survivors, the attempt to raise mercenaries in Scotland, and various armed raids made by O'Rourke into Sligo and Roscommon. O'Rourke was convicted and sentenced to death. On 3 November 1591, O'Rourke suffered execution by hanging and quartering.
I have stood on the ruins of his castle; where an Englishman had torn it down to build his own castle. He was the man that aided De Cuellar and many others.

7. Which are your favourite historicals, and why you love them?

My favourites were written by a Wold War I veteran named Leonard H. Nason: Chevrons; Sergeant Eadie; Top Kick; Three Lights from a Match; A Corporal Once; and The Man in the White Slicker.
They were written shortly after the Great War and incorporate his own first hand experiences and he pulls no punches about what war is really like, very gritty, brutally honest, and he just told it like it was.

8. What are you reading now and where are you planning your next travels?

My next travels will be to one of the most authentic medieval period Living History events in the USA, “Days of Nights” on a site near Fort Campbell, Tennessee, about an 11 hour drive. I will of course be portraying an Irish Gallowglass, circa 1400.
Later in the month I will be travelling to Missouri to attend a Viking event at Ravensbourg, a recreated Longphort with recreated fortifications, a Viking boat, and best of all, a very large Mead Hall! 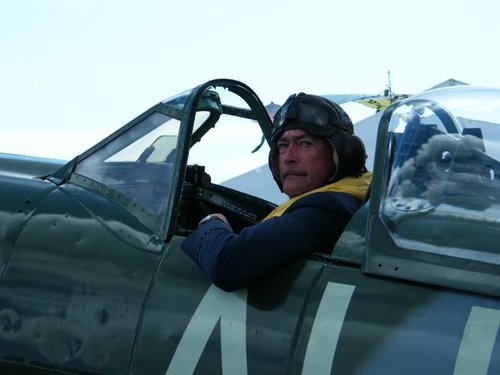