With the crowdfunding target achieved so quickly, I thought I'd introduce a few of the patrons backing ‘The Sheriff’s Catch’, who are personally known to me and who gave me a special hand with this project.

First cab off the rank is the Nepalese film director and producer Sabin Gnawali. An ambitious fellow currently living in Sydney, Sabin is the son of a Nepalese cop who grew up watching Bollywood movies. Following his family’s move to Brisbane, he was initially encouraged to pursue a degree in law.

Yet he instead decided to apply to the New York Film Academy on the Australian Gold Coast. After completing his studies he dived into the local film scene, going on to produce Nepali feature films like ‘Dokh’ as well as Australian features like ‘Redemption’. One day he received an off-the-wall request from Unbound to help edit a novel trailer for this obscure Maltese-Australian budding novelist, who had written some novel about the Spanish Armada and Ireland.

Not one to shirk a challenge, the ambitious young Sabin seized the opportunity with both hands, collaborating with me to produce the novel trailer. Five days after its official release on YouTube, the trailer had 590 views, playing a crucial part in the furious rise of ‘The Sheriff’s Catch’ to top spot on the Unbound platform, which contains 375 published and unpublished book projects in all categories. The project trended in first spot for roughly three days overall, and still tops the fiction and digital categories. 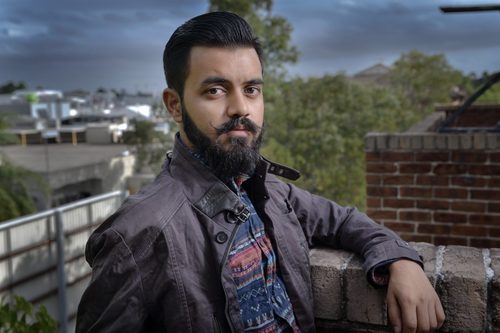 One of my high school teachers used to say that one can tell what a person is going to be in the future by looking at his behaviour at around the age of 8-10. I remember I was around ten and in the school holidays I wrote a scene for a film and acted it out with my brother and cousin in the backyard of our village house. It was the story of a street kid being helped by a random stranger. Going back to school everyone shared what they did during their break and I remember everyone’s reaction when I said that I wrote a short film and practiced a scene. From that moment on I realised that my life’s calling is making films and working in the film industry.

I want to experience everything in life like be a musician, a painter, fly a plane, compete in athletics but we all know that it’s all not possible in one small life. Although through filmmaking I believe that I can experience most of those things as I will be involved in telling the stories of different types of people in the form of different characters.

(2)    Did your family encourage your leaning?

Umm like every other Eastern society family, my family would have been a lot more happy if I had chosen ‘stable’ job like doctor, engineer, lawyer and so on. Initially they neither supported nor discouraged me but now they encourage me but always remind me that I can always go back to being a lawyer!

(3)    Can you briefly describe your background in film to us?

Straight after I finished my filmmaking studies from New York Film Academy Australia in Queensland campus I was offered work as a unit manager in the trailer production for Australian feature film ‘RISE’ and that’s how I entered the film industry here.

I think it is very ambitious and could definitely be next Game of Thrones (don’t get flattered James!). I am being honest though.

(6)    I loved the graphics you used at the start and the end of the novel trailer. Go on, tell us how you did it?

Creativity and After Effects software.

‘DOKH’ because we had to shoot in the virgin location up in the hills of eastern Nepal where we built toilets for the crews and slept in the home of the villagers. Hotels didn’t exist there. The road was so offroad that if it rained, you wouldn’t be able to travel. We also experienced the devastating earthquake and had to suffer the blow of a political strike and violence in eastern Terai regions. It was a big budget film with bigger canvas and for my first ever production a very tough experience.

I am currently working on producing a short film titled ‘Road Train’ which will be shot in the Australian outback town of Winton. Stephen Hunter (the actor who played fat dwarf Bombur in Peter Jackson's 'The Hobbit' trilogy) is involved in the project along with a great team of creatives so we are very excited to make it. I am also finishing my script which will be my directorial debut in the world of feature film.

(9)    If you had unlimited budget what movie would you produce? What actors would you cast in it?

Instead of making one film I would use the unlimited budget to make 1000 films in many different places across the world.

(10) Will you use your copy of ‘The Sassana Stone’ as a beer coaster or as a door stop?

Haha! I reckon it is going to be a thick book so I will use it to kill spiders! 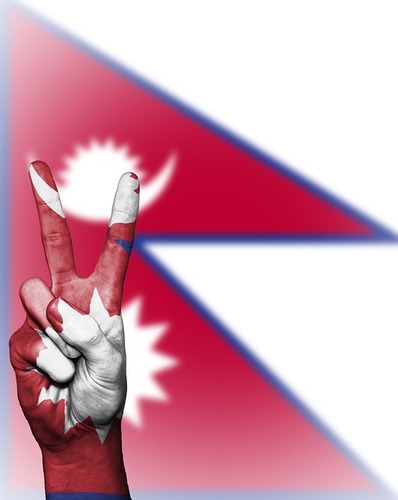 Click the below video to rewatch Sabin’s excellent graphics and editing skills in the novel trailer: