Feature by Stephanie Fsadni published in The Times Of Malta on Wednesday 17 October 2018. 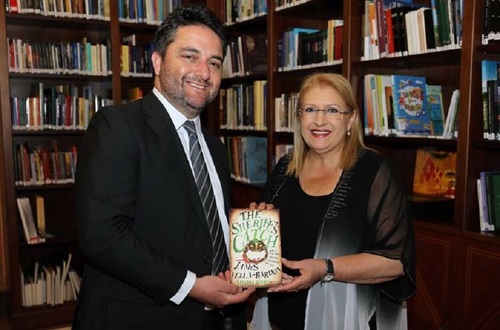 Presenting a copy of The Sheriff’s Catch to the President of Malta H.E. Marie-Louise Coleiro Preca KUOM at San Anton Palace on 30 September 2018.

As a child James Vella-Bardon had always wanted to write a stand-alone novel. He tells Stephanie Fsadni he never dreamt he’d be promoting a pentalogy.

A Maltese-born author is currently toasting to his hard-fought success: not only did his debut novel reach the third spot in the Agenda Bookshop national bestseller list in Malta but even before its publication, it received rave reviews on the popular international digital book club The Pigeonhole and its trailer was nominated in the ‘best trailer for a novel’ category at the prestigious 19th Golden Trailer Awards held in Los Angeles.

James Vella-Bardon, a lawyer residing in Australia, published The Sheriff’s Catch earlier this year. It is the first instalment in a five-novel series entitled The Sassana Stone Pentalogy, which took 10 years of “rewriting, research, sleepless nights and rejections” to see the light of day. But he is more than excited about the result.

“When I received my first copy of the novel in March the emotion I felt when holding it was not dissimilar to holding my kids when they were born. It is all a rush of adrenaline and passion, I’ve waited many long, lonely years for this moment,” he says.

Vella-Bardon is also glad to be flying the Maltese flag in the Anglosphere.

The protagonist of his tale is Abel de Santiago, a character born and bred in Malta but who is the illegitimate son of a Spanish sergeant-at-arms of the Knights of St John – hence the non-Maltese surname. The boy grew up in a foundling home of the Hospitaller Order in Vittoriosa.

“In the 16th century, Malta was essentially a satellite of Spain, so Maltese aristocrats at the time were all petty Spanish nobility with surnames like Inguanez and De Navas,” points out Vella-Bardon. “I wanted to choose a name that was quite particular and not too common. It also had to be a name which would be understandable to an English readership. Santiago was just perfect.” 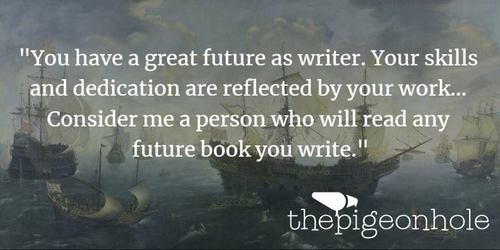 The plot follows Santiago, who as an army deserter is forced to join the Spanish Armada as a galley slave. After a crushing defeat to the English fleet, he is washed ashore in 16th-century Ireland, where he must flee from fatal capture.

According to the author, the character’s Maltese origins help him survive “the hell” in which he finds himself after being shipwrecked.

“He thinks very far ahead, constantly prepares for the worst, takes nothing for granted and is resourceful. I should also add that he takes pride in his work, which renders him a deadly sniper,” says Dr Vella-Bardon. “‘Santi’ can also adapt quite flexibly to different situations and is a gritty survivor. On the other hand, he can find himself disadvantaged by his impulsiveness and quick temper, and often flies into a rage at the precise wrong time. Which often makes for an interesting sequence of events.”

But why is the story set in this particular era?

“Growing up I wanted to write an epic story arc, but in my mid-20s I realised that I didn’t just want to rehash the old fantasy series trope,” the author says.

“While living in Brussels I received a book called Romegas for my 25th birthday and was intrigued by the 16th-century world, so I decided to make it my canvas. And after walking into a second-hand bookshop in Sydney in 2009, I picked up a little gem of a book called Ireland, Graveyard of the Spanish Armada by T.P. Kilfeather, a non-fiction book about the Spanish Armada shipwrecks in Ireland. I was so intrigued by this account that I read the whole book from cover to cover, before buying it for two bucks.”

They say that the greatest stories are about the human heart being in conflict with itself, but Vella-Bardon also thinks that stories about conflicting cultures make for great stories. 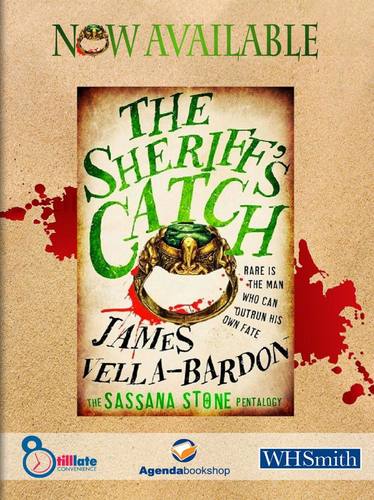 “Writing a novel about the Spanish Armada landings in Ireland appealed to me because you not only had two but three conflicting cultures, which included Counter-Reformist Spain, Reformist England and late medieval Ireland. Discovering the differences between these cultures was addictive and I could not stop coming up with ideas for the pentalogy.”

Vella-Bardon originally intended to write a stand-alone novel, but as the old cliché goes, “the tale grew in the telling” until he found that he had written a book of over 460,000 words. Given that the average work of fiction is 60,000-80,000 words, he decided to publish it in different instalments.

His publisher is the London-based press called Unbound, which is an imprint of Penguin-Random House, the world’s largest publisher. Unbound is also the UK’s leading crowd-funding publisher and its writers must sell £4,000 worth in presales within three months before the traditional printing process can kick in.

“After my novel was launched on the Unbound platform in May 2017, I was braced for a long hard slog to make this crowdfunding figure, but it was reached in less than six days!”, Vella-Bardon says proudly.

Patrons from around the world who pre-purchased the novel, thereby allowing it to be published traditionally, are listed in the paperback. These include a number of supportive relatives, friends from all over the world and also a few unknowns.

The book is dedicated to his wife, Donna Madden, a corporate lawyer in funds management who was born in Ireland and moved to Sydney from Glasgow as a young girl.

“She pushed me to chase my dreams and supported me through thick and thin when I still formed part of the great unpublished. She often lifted me when I was down and provided me with hope and guidance when I could not see a way forward and was crushed with disappointment. Put simply, I could not have done it without her,” says Vella-Bardon.

The second part of The Sassana Stone Pentalogy, entitled A Rebel North, will be published in the UK by Unbound next year. After that it will be the turn of the next three instalments in this series and then Vella-Bardon will start another series which he has “had on ice for too long” and which centres around the building of Valletta following the Great Siege of Malta.

He, in fact, would like to follow in the footsteps of Spanish bestselling author Arturo Pérez-Reverte, whom he calls his “role model”. 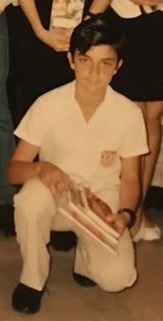 James Vella-Bardon was born in St Julian’s in 1980 but his first memories are of the boundless Emirati desert after his parents moved to the UAE. They also lived in Sydney before returning to Malta in 1984. At the age of 24, Vella-Bardon moved to Brussels where he worked for a couple of years following Malta’s EU accession in 2004, before emigrating to Sydney in February 2007.

As a boy, he won a couple of national English essay competitions, which were organised by the British High Commission. In 1998, he also produced his first literary effort, a novella called The Battle of Bannockburn which was his Systems of Knowledge artistic project in Sixth Form. After qualifying as a Doctor of Laws from the University of Malta in 2005, he attended several creative writing courses in Sydney, which were run by a number of respected authors like Terry Dowling, Tom Gilling and Diane Armstrong.

His favourite authors include Roald Dahl, J.R.R. Tolkien, David Eddings, Stephen Donaldson and Spanish author Arturo Perez-Reverte. He also loves the Sharpe novels and the epic Arthurian trilogy by Bernard Cornwell and gritty action adventures such as The Religion and The Twelve Children of Paris by Tim Willocks, The Savage Tales Of Solomon Kane by Robert E. Howard as well as Q and Altai by Wu Ming. His all-time favourite historical novel remains The Last Valley by J.B. Pick. 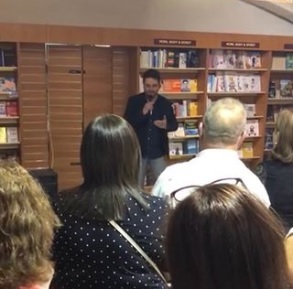