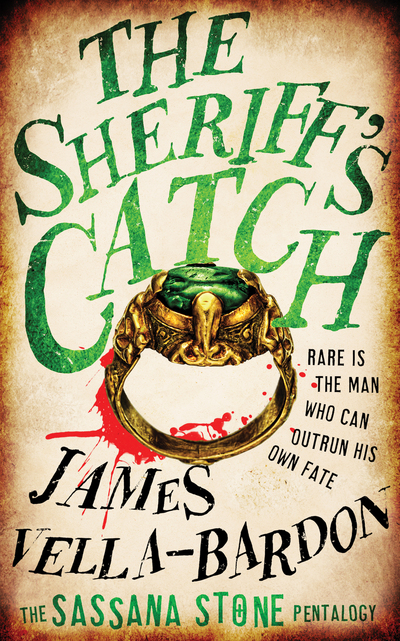 Crime | Fiction
You made The Sheriff's Catch a reality. It's available in all good book stores now.

Special Early Bird price. Paperback 1st edition, ebook edition and your name in the list of Special Patrons in the front of the book.
$30  + shipping
139 pledges

A personal dedication from the author in the front of the paperback and the ebook edition. (Only 1 available)

Making Of The Sheriff's Catch

A personal dedication from the author in the front of the paperback and ebook editions and 5 copies of the paperback. Also includes six 1-hour interactive face to face (online via camera if distance requires it) sessions with the novelist discussing the book. The author will provide a recommended reading list, images and maps before these sessions take place. (Only 2 available)

Army deserter Abel de Santiago has all but avenged his murdered wife, when he is captured and sold as a galley slave. As the Spanish Armada sails for Calais Roads in May 1588, there cannot be a soul aboard more reluctant than him.

After a crushing defeat to the English fleet, the Spanish ships are battered by extraordinary storms. Santiago soon finds himself washed ashore in Ireland, a country terrorised by men that the natives call Sassenachs.

Santiago’s faint hopes of survival appear dashed when he is captured by the brutal Sheriff of Sligo, who has orders from Dublin to torture and kill all Spanish castaways.

An unlikely twist of fate leaves Santiago fleeing Sligo with a jewelled ring worth a King’s ransom. His escape leads to a desperate chase across a strange and stunning land, where danger lurks at every turn.

So begins THE SHERIFF’S CATCH, being Part 1 of THE SASSANA STONE PENTALOGY