Terrorism with a social conscience, a debut novel 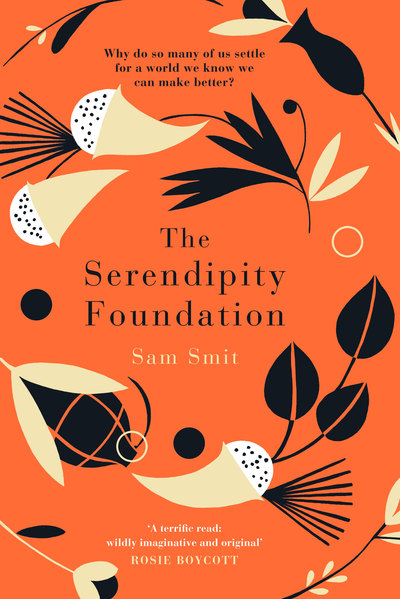 Fiction | Politics
You made The Serendipity Foundation a reality. It's available in all good book stores now.
$7
77 pledges

The author will create, just for you, a Haiku that you could ask the PM at PM Questions, and personally inscribe it on your signed 1st edition hardback. Plus a copy of the ebook edition.
$100  + shipping
15 pledges

Two tickets to the Launch Party, plus everything up to the The Poetic Release
$125  + shipping
9 pledges

Your personalized Haiku will adorn a signed print of the cover artwork, plus signed 1st edition hardback and the ebook edition
$625  + shipping
14 pledges

You and a guest will find yourselves at the Lost Gardens of Heligan having kidnapped the author, as well as Tim Smit (Co-Founder of The Eden Project and Heligan) and other yet-to-be-confirmed kidnapped luminaries. There, over food, wine and lively debate, we will develop our own set of ransoms to secure our release- and imagine a better world in the process (Transport not included). These ransoms will be shared through the author’s network, and with everyone who has pledged, plus signed 1st edition hardback and the ebook edition
Only 14 available

On an abandoned street in Old Cairo, four Brits are kidnapped. But this is no ordinary kidnapping: the accommodation is three-star and the menu a la carte. They are hostages of The Serendipity Foundation, a mother and daughter act with a millennium-old prophecy to fulfill. Their field of expertise: terrorism with a social conscience.

Little did they expect to abduct four men who view their own kidnapping as a welcome escape. Living with their own regrets, thwarted ambitions, and with nothing left to lose, the hostages propose to join forces with their kidnappers as a final shot at redemption.

And as the ransoms begin, the question of non-negotiation proves impossible for the government to refuse. Can you really allow four men to die because parliament refuses to conduct Prime Minister’s Questions in Haiku? And as the ransoms continue- challenging media, industry and the public- the stakes are raised, but not in the way kidnaps are supposed to: no, the Serendipity Foundation only ransom people for things they would want to give. And with it, ask us all why we gave up early on our dreams, and settled for a world we know we can make better.

1st edition hardback and the ebook edition
View all 8 rewards