I'm writing this on 8 November. Today the USA decides between two leaders who equate roughly to Lords Vetinari and Voldemort, and much of the rest of the world is watching it play out like a dad on fireworks night watching the beloved family spaniel gallop towards an array of discount rockets. I'm powerless, you're powerless, so to retain any sort of sanity we must turn, as always, to fiction.

NaNoWriMo (National Novel Writing Month), if you don't know, is a mass effort taking place every year where a whole bunch of people try to write a novel in a month. It's a fundamentally stupid endeavour and I support it wholeheartedly. As someone who's tried it (and failed) several times, and who's written a novel that is roughly 30% words composed in this hateful month, I have a few tips for anyone who's taking part. 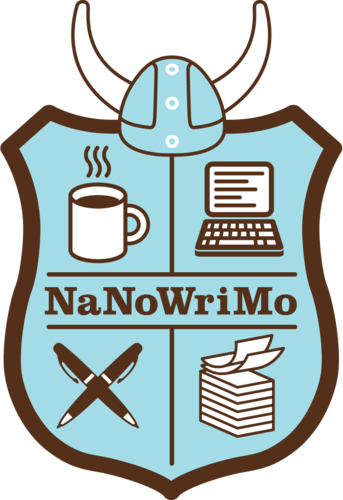 You have a daily word target, and it's a hard one to hit. People say 'don't edit as you go' because there's a risk you'll go into a spiral of obsessive micro-revising and fail to hit your target, then fall behind and give up. The problem is that then you end up sitting in December with a confused mess of plotholes, inconsistencies and straight-up bad writing. Not everything can be fixed in editing. The words you put down need to be reasonably good.

There is a particular mindset you write in when your work is at its best, like a flow when each sentence presents itself at the exact pace you're writing it, so the events unfold naturally and you're free to focus on choosing the right words. You can't just switch this state on, you need to slip into it. Before you put down the words that will make up your book, write something else. Come up with a scene that won't be in the book, that doesn't necessarily fit in the story at all. Maybe 500 words of prequel, or sequel, with the same characters and a similar setting. Chuck it at the end if you like, you're only doing it to get a clear, consistent idea of your characters and their voices before you start writing. This eliminates the weird sections that just feel wrong. Try it and compare it to a section where you didn't prepare, you'll notice the difference.

Writing is a careful balancing act between self-loathing and brazen confidence, and the only way through is to trust that your past self knew what they were doing. You have to manage your own mental state carefully, and if you look back and don't like what you read I promise that the next bit you write won't be any better. Confident writing is good writing.

Okay, maybe read the last paragraph so you know where you are in the scene, but read it quickly and don't go back further to admire what you've done already. Make notes of important facts as you go so you don't have to refer back to the text later.

Momentum is important - I find it helps to leave the writing day with something left thought, but unwritten. This is particularly important if you ignored point 1. By knowing exactly what you're going to write when you sit down, you can kick off immediately and use that momentum to keep going. If you haven't warmed up (see point 1) then your prose might end up a bit wobbly as you use those first couple of paragraphs to find your legs, but having a clear starting point might at least help you slip into the right frame of mind more quickly.

Brains are weird and we're not quite sure how they work, but I can personally vouch for getting up and walking away from the writing if you get stuck. Pick a repetitive task that doesn't need much thought - do the washing up or take the bins out, run around the block. Take a shower. I also dabble in computer programming and it works a charm for that. It's like there's a bit of the brain that still crunches through pending logic problems while you're doing other things. When you come back to the writing you might find that it's solved it for you. Good ol' brain.

I've stolen this tip from another author who will remain nameless. Research can be paralysing if you do it in preparation - you end up with so much information it sort of... clogs you up. I don't know whether it's just occupying your thoughts and distracting you, or whether the pressure to implement your research properly is intimidating, but it can be a real dead weight. Instead, use the old writers' staple: make the whole thing up, then check the facts afterwards. People generally won't notice the seams.

Note: this doesn't work quite as well for non-fiction.

As with all articles of this type, I have to close on the note that writing advice is largely nonsense, and you can only do what works for you. The above is what works for me. If you are also writing space operas about death, grief, trauma and bar brawls, then they may work for you too!

While I'm here let me recommend Film Crit Hulk's essay on The Myth of Three Act Structure. Just don't take it too seriously.

There, didn't that help distract you from the election? It helped me! Until just now. Oh god.