Did you know a human can float naked in space for up to twenty seconds and survive? It gets a bit ropey after that, though. 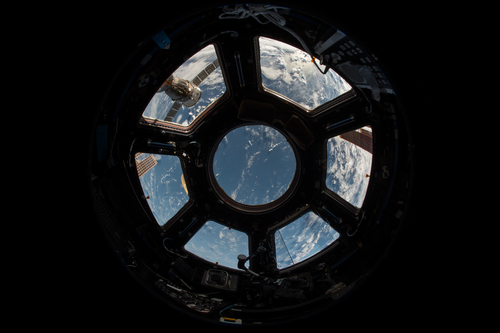 Hi lovely backers! It's been a while. First a big thanks to the amazing people who've pitched in since last time - we're at 64% now and it's all down to a weird mix of readers' generosity, strangers' good faith and my awareness-raising tweets that can be charitably described as 'innovative' and uncharitably described as 'stupid'. To the new faces: I really hope you enjoy the book, and my sincere thanks for pledging your hard-earned cash.

Also - don't forget that we've got paperbacks now! If you want one it's super easy to upgrade your existing pledge, and if you know anyone who doesn't go for ebooks then now's a great time to point them our way.

I've been working on the new round of Rogues' Gallery entries. In addition to angry anti-establishment computer virus TESS.EXE (read here in PDF), watch out for a pirate who's enthusiastic about friendship and a lunatic ex-spymaster who fancies himself a WW1 flying ace. Immortalise your friends and embarrass your enemies by getting them a personalised Rogue's Gallery entry of their own.

Because running an Unbound project sometimes feels like clinging to the outside of a spaceship in vacuum and slapping promo flyers onto the portholes, I've also been writing the first draft of my next book: an episodic space adventure about a missing painting, the stressed-out fuel-truck drivers who find it and a cult of white supremacists chasing them across the galaxy. It's also about - you know the feeling you get at the end of a really, really bad year? When you're sort of vaguely hoping the year ahead will be better, but all evidence points to the contrary? It's about the year after that, and what happens when it goes wrong.

I'm toying with the idea of releasing episodes to supporters only as a thank-you, and as a kind of glass-bottomed-boat tour of how sci-fi gets written. Plus you'll get to read that one awful pun that might not survive editing! (Oooh, exclusive.) Episode one features a drunk rescue mission, a sexual misadventure and the unpleasant effects of vacuum exposure on the human body.

Anyways, hope you're holding up alright in the ever-worsening horrors of the present day. Help spread visions of exciting, if sadly-distant-and-unattainable-seeming futures by tweeting, blogging and generally yelling about The Second Death of Daedalus Mole.