One month in! Wattpad, miscreants and the 30% mark. [Includes Cat Pictures]

As usual, scroll down for cat pictures.

First, a massive thank-you to everyone who's pledged to support the book! I'm having a lot of feelings, mostly the feeling of being overwhelmed and grateful, also some fear, also the waggling self-confidence I was warned about by my fellow Unbounders at the 30% mark. And that's where we are! 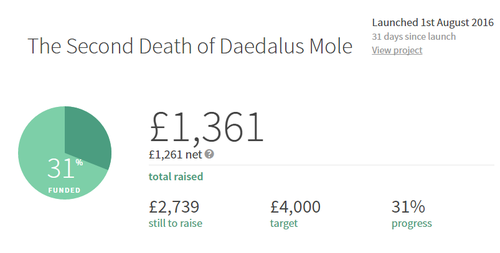 One month into the three-month funding period, and we're just about a third funded! That's pretty good. I'm cautiously optimistic.

The bad news is that this is the point at which a lot of projects stall. The friends-and-family list has mostly been ticked off by now, and to keep up momentum all the way to 100% it's vital to reach readers outside those circles. It's cheeky to ask you for support when you've already given so much, but... I'm going to do it anyway. I'm also going to give you a rundown of what's happening and what extra goodies are on offer for subscribers. To keep your attention, below is a picture of my cat. You can glance at it if the words get too boring. 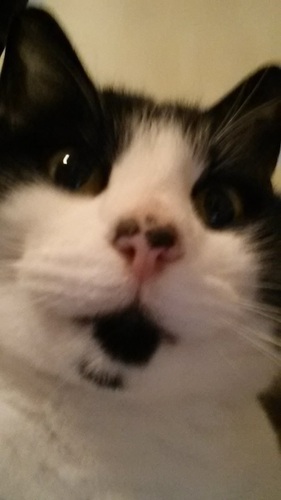 You can read the book! Sort of. Part of it, unedited, in uncorrected proof form. A few people asked if they could read some more of the book, but my contract with Unbound means I can't just give it out.

However, I can publish excerpts for promotional purposes, and I've found the perfect way to do it! Wattpad is kind of like YouTube for books, where authors can serialise their novels in parts of around 1500-3000 words and readers can follow along and read for free, chapter-by-chapter. (You can put ads on there to get money from your book, but I love you guys so I didn't do it.)

I'd strongly recommend signing up regardless of whether you read my book - there's some great stuff on there and it's got a good recommendations system. Plus, y'know, it's free.

As for reading The Second Death of Daedalus Mole, you can do it right now (if you sign up). RIGHT NOW. RIGHT HERE. YOU CAN READ (some more of) THE BOOK. I'm releasing a new chapter twice a week. So far you can read:

I'll try to keep you all updated in this blog so you don't need to constantly check Wattpad. Once you've signed up and read it be sure to click the 'vote' button to help more people discover it! Also feel free to leave a comment if you love/hate/feel-ambivalent-about the chapter, or you think one of the characters is being a scumbag (happens frequently). Tweet it! Facebook it! Blog it! I don't care what you say about it, just find some nerds who like spaceships/pubs/swordfighting and tell them it exists.

We've got a new pledge level! 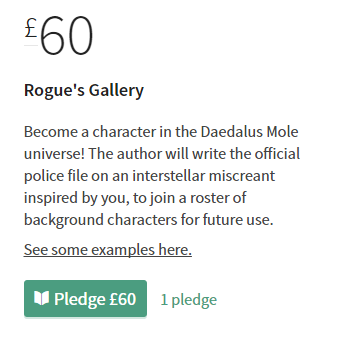 A while back I wrote a bunch of mock-up police dossiers on fictional sci-fi miscreants , all based on friends of mine, whether on their appearance or their whacked-out political leanings. Eventually I realised that they could fit into the canon. Now I'm doing it for you guys, too!

Anyone who pledges £60 will get a custom police file tailored to them, based on them, detailing the exploits of their sci-fi alter-ego. What's more, this character will canonically be a part of the Daedalus Mole universe. I have no idea where or when they might show up, but I'm not ruling anything out. If you know someone who'd be interested, point them my way.

You can read the earlier examples here. A few people have asked about upgrading their pledge level - you just need to email Unbound and ask for a refund, then pledge again at the desired level.

I'm blown away by all the support you guys have given so far, but there's a long way to go. A tweet, a social share, nudging a friend - all of these things are just as valuable as a pledge, and I've seen them gradually pushing us closer to the funding goal. It's working! If there's anything you can do to spread the word even a little bit further, I'll be extremely grateful and express that by sharing more pictures of my cat, like this one: 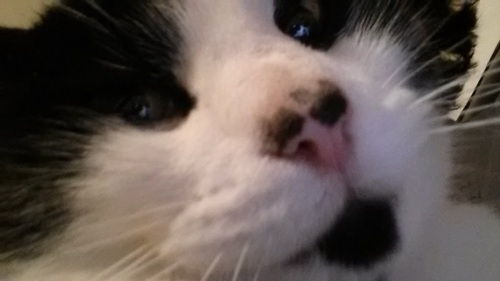 He might not be the most photogenic cat in the world, but he's done his part. Have you?