The brilliant Joanna Barnard (Precocious) recently blogged her return to Ben Nevis, likening the experience to writing a novel. The heroic ascent to a complete draft, followed by a humbling and dangerous stumble to the bottom as you struggle to edit it into something worth reading. It struck a chord. 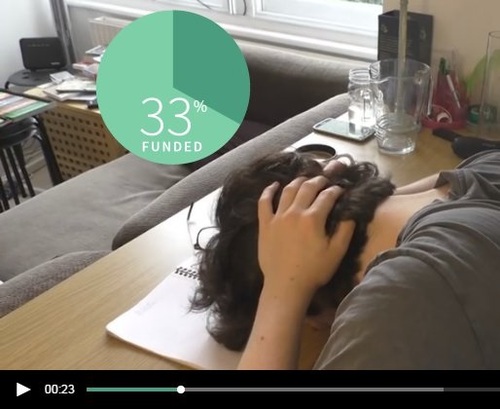 There's not much writers enjoy more than writing about writing (that is, if the writers I write about are giving me the write idea). It's a tricky, arduous process and it's shot through with insecurities. You spend months on a book. Years, sometimes. Once you've calibrated yourself to solve any problem by writing at it, it's the obvious solution to all the bundled-up neuroses you develop from trying way too hard at making up a bunch of stuff that never happened.

Crowdfunding is weird. It feels to me like the top of the mountain was a long, long time ago, and I've gotten myself lost in the trees on the way down. When I started, the idea was this: write, edit, submit. I learned to expect rejection, and I received about eight for The Second Death of Daedalus Mole before I ended up with Unbound. The rejections didn't sting, really. Eight isn't even that many, unless you compare yourself to those complete bastards with none at all. (Don't do that.)

Self-publishing always felt to me like it'd be admitting defeat, so I avoided it. It works for a lot of people, and I've got so much respect for anyone who can make it work, but I really needed the validation that my stupid experiment in semi-literary space opera could get past some kind of real-book filter. A personal weakness, I suppose.

Unbound sits in a strange halfway house, co-ordinating a weirdly brave assault on the ancient hillside fortress that is Publishing. It takes on books other houses aren't able to risk, but it only takes on those authors it has some degree of confidence in. So... you get a bit of validation from passing that filter, but after that you need to claw your way into the market yourself, pledge by pledge.

I find myself chasing individual people and selling them my book. 'You can't read it yet, except for bits of it, but it's really good! I know I denigrate it constantly but that's just because I'm a human disaster, the book itself is good. Well, it'll be better once it gets professionally edited. Anyway, please give me your money. You can read it in several months, assuming I can successfully do this about 150 more times.'

I watch the page constantly. Every three or four pledges takes it up one more percentage point. It feels like drawing blood from... well, not a stone, but maybe some kind of narrow-capillaried invertebrate, like Piers Morgan. Every tiny drop I extract brings me a similarly tiny spike of validation and relief. Again, just like drawing blood from Piers Morgan. It's a long, drawn-out drip-drip of tiny increments of success-not-guaranteed, with the ever-present knowledge that any amount of success under 100% is no success at all, and that even a beautiful properly-published book out there in the world will struggle to survive, let alone mean anything to the people who read it.

It's not quite the dream, put it that way. With traditional publishing it feels a lot like the new writers - not the geniuses; but the average, slowly-improving grinders with heady aspirations, like me - are wandering naively into a hostile environment. Like Harrison's Deathworld, a place which only exists in its natural state, but which can't help but strangle, trample or poison those who enter.

Okay, I'm being melodramatic, but publishing really isn't what it once was. I'm just glad Unbound is here to make books with us, even if the rest of the world is being bloody unhelpful about it.

Oh, also, you can help too by finding someone and selling them my book, or by signing up to Wattpad below:

Once you've signed up and read it be sure to click the 'vote' button to help more people discover it! Also feel free to leave a comment if you love/hate/feel-ambivalent-about the chapter, or you think one of the characters is being a scumbag (happens frequently).