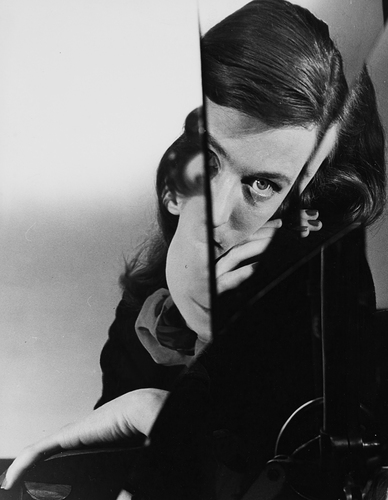 After a decade of modelling success, Tedi Thurman remained an unknown. But once she made the leap to broadcasting, she became a household name — and one of the industry’s first mainstream stars.

Even today, there’s not much going on in the City of Midville, Georgia (pop. 269) — just a few flat streets of spread-out timber-sided houses, scattered round the intersection of Highway 17 and Route 56. But Dorothy Ruth Thurman, daughter of a local auto dealer, always seemed destined for a bigger life. ‘Oh, she was a . . . HELLION!’ her nephew laughs, remembering childhood stories about the Thurman family’s legendary black sheep. An aptitude for drawing led her to the University of Georgia, and then to the prestigious Corcoran School of Art in Washington. After her studies finished, her parents implored her to come back to Midville. But Dorothy had other ideas; she took a train to Manhattan, signed up with the Conover agency, and rebranded herself as Tedi Thurman.

She was an instant success, arriving on the cover of Vogue with her very first shoot. But Thurman had, unbeknownst to anyone, arrived on the scene too late; her look — dramatic, Amazonian, almost aggressively sensual — went out of style just as her career began to take off. She managed to work steadily for the next seven years, regardless, for everyone from Cosmopolitan to Good Housekeeping, and even turned up as a gangster’s moll in Ed Wood’s B-movie classic, Jail Bait (a role that mainly consisted of Thurman pacing round her apartment in alluring negligees, snarling "I don’t like dead men littering up my place." as the body count rises.)

But in 1955, a Today producer overheard Thurman’s rich, seductive drawl, and hired her to read the weather on Monitor, NBC’s flagship weekend radio show. She quickly became an audience favourite, archly purring lines like "Virginia will be very warm — and I’m just THRILLED for poor Virginia!”

And before long, thanks to endless newspaper and magazine features, Thurman’s image became as familiar to the nation as her voice; a Technicolour goddess poured into clinging evening gowns, her lips painted into a permanent scarlet smear. Over the years, her name was linked with a succession of eligible admirers, from Montgomery Clift to Artie Shaw Joe DiMaggio. When one gossip columnist asked why she’d never accepted any of their proposals, Thurman batted the question away, laughing; "I’m afraid it’s because I’m like the weather — unpredictable!"

What Thurman didn’t say, though, was that she was as good as married already. Since the early Fifties, she’d been locked in a stormy relationship with nightclub singer and producer Peggy Fears. Together, they opened the legendary Yacht Club at The Pines on Fire Island — a hotel, and a destination, that would become a magnet for Manhattan’s burgeoning queer scene. When Thurman’s NBC contract ended in the Sixties, the two women sold up and moved to Los Angeles, where Thurman eked out a living with TV bit parts (and where Fears would always coyly introduce her, to anyone who asked, as her niece.)

Their partnership finally came to an end in the late Nineties, and Thurman spent the rest of her life shuttling between residences in West Hollywood and Palm Springs. She returned to the spotlight from time to time, basked amusedly, and patiently, in a nostalgic generation’s rediscovered affection for her, and putting in regular appearances at Monitor reunions. Stephen Sondheim might as well have been writing about her when he dreamt up the lyrics for ‘I’m Still Here’;

As Miss Monitor, Tedi Thurman has a permanent (albeit tiny) place in the history of American pop culture. But her modelling career, such as it was, has been forgotten. All that remains are a series of pictures, taken over a span of several years, by Erwin Blumenfeld — the only photographer who ever seemed to see through Thurman’s vampy persona. He shot her filtered through frosted Lucite, or reflected in shards of mirror; her face splintered into disembodied fragments, showing glimmers of the frailer figure behind her bombshell exterior.