A dark Renaissance thriller exposing one of history's most depraved secrets

James Parry is a really good family friend and a phenomenal chef, who has cooked everywhere from top end restaurants in London and Hong Kong to working with local chefs in remotest rural China. When he heard I was looking for some interesting regional Chinese dishes for some of the pledges he emailed me this one and told me the story behind the name. I love it!

‘I think Yunnan is a province often missed by the westerner when thinking of Chinese regional cuisines. I know it’s a region your family is very fond of and travelled well. I love the name and the dish called "Crossing the bridge noodles", the staple noodle dish of the province.’

Intrigued, I found out a bit more. 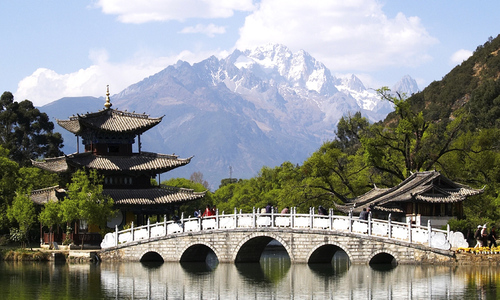 Apparently a young scholar from Yunnan was studying hard for his Imperial Exams, which were incredibly highly pressurised but essential for high office at court. In the Ming and Qing periods the exams lasted 3 days and 2 nights with no interruptions. If a candidate died his body was wrapped in straw and bundled over the walls of the exam compound so as not to disturb the concentration of the others. Like GCSE media studies but a bit more rigorous. Not surprisingly, when revising, the young fellow needed a bit of comfort food however, as he was studying on an island, by the time his wife had flogged her way over the bridge, the noodles had congealed and the vegetables were soggy,- both cardinal sins in Chinese cookery. His wife had a brainwave. She noticed how a layer of oil on top of boiling stock prevented the heat from escaping, so she put the noodles and the other ingredients in two separate boxes and along with a pot of boiling and well-insulated stock carried them over the bridge and assembled them at the last minute. Presumably well fortified with the non-soggy noodles the young scholar passed his exam brilliantly, because even today anxious parents serve something similar come exam time in China. 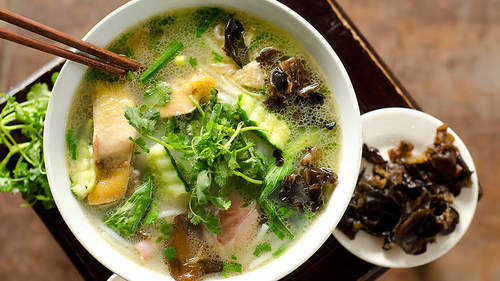 It’s a healthy dish and quick to prepare. Any meat used must be sliced very thinly and cooked first, with the vegetables put in the pot later. Ingredients vary depending on region and season but often include chicken, rice noodles, tofu, beansprouts and varied kinds of vegetables. Yunnan is on the border with Vietnam and this dish is very like pho. Although eaten throughout China, the Yunnanese version is considered the best. James’s recipe is the most authentic one you will find anywhere.

While James and I continue brainstorming all the wonderful regional cuisines  China has to offer, do any Unbounders have any suggestions? Any ideas of Chinese dishes they have always wanted to try?  No region too remote, no ingredient too exotic!

This is a real chance to use the expertise of a well travelled and experienced young chef who has spent may years in China.

All foodie suggestions will be gratefully received. 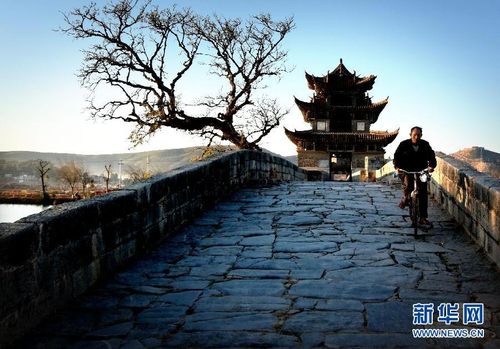 I would love to make a spicy chicken dish with lots of oriental flavours! As a novice cook, it would need to be easy, quick to prepare and ideally healthy? Help!

Have you any ideas for Chinese food to cook on a barbecue? Something really different?

Already hungry just thinking about it! :)

Thanks for your suggestion Sally. We're currently exploring the wealth of options that Sichuan province provides. How much spice can you handle?

Appreciate your comment Jon. Funnily enough, James has suggested a lamb BBQ dish from the Xinjiang region so watch this space!

Sorry to keep you waiting but I have just heard from James who has been travelling and trialling some really amazing recipes for the pledges. So far he has shortlisted five contrasting and intriguing ideas from five very different regions in China. These are Yunnan, Hangzhou, Canton and Yangrouchan. I am waiting to see the final one which sounds as if it will really fit the bill for you. It's a Sichuanese chicken dish,- spicy, healthy and quick to prepare. He found the recipe in Chengdu in Sichuan province itself, but has left it in Hong Kong and will send it to me once he's back there.
Worth waiting for, I bet.
Starving already…

Five authentic Mantuan recipes and five authentic recipes which come from different regions of China (PDF format), ebook edition and your name in list of Super Patrons in the front of the ebook