The Private Life of the Diary

From Pepys to Tweets: a history of the diary as an art form

I always wanted to draw well. But I can't. Perhaps if I had spent more time practising I might have got there. Drawing, as John Ruskin reminds us in his lectures, is a fastidious process. You have to stare a long time at your subject, you have to know what those subjects might look like as pure objects, in place, without you looking. You have to carry what you draw around with you, keep it in your pocket, reach in and feel it.

The young Sylvia Plath drew as a means of drawing up exact relations between herself and the world. For Plath, drawing was a way of making sure everything was what it said it was. She enjoyed the process of careful mimesis, of verisimilitude. She liked checking up on things. But more than this, drawing could bring her deep calm, because drawing slows down your breathing; it holds you still while you exchange intense glances between the object under scrutiny and the surface of your paper.

A fourteen year old girl I know has been keeping a drawing journal. She draws because it calms her; because she likes the experience of getting to know something well; and because the practice of drawing is slow and meditative. Drawing works in slowed down time and space. You have to hold things steady, including yourself. Drawing objects is a kind of fossil gathering. Time passes and time collects. Lines, bumps, spots and speckles, small creases and frowns appear, small details of imperfection: warts and all. Drawing must see everything. Lines appear on the paper as lines appear on the artist's face; the furrowed lines of concentration.

Sylvia Plath drew people from behind when they weren't looking: her classmates, her high school pals, those Joans and Johns and Marcia's she sat next to and peered over for hours of chemistry and physics and maths until she had turned them into still statues, silent creatures. She drew in her childhood diaries and summer camp journals. She doodled around the edges of her school notebooks, in the margins of her thoughts, in between the relentless routine of learning things for the sake of  - who knows what? THE FUTURE.

Fourteen year old Rosie Tomey draws in her spare time; in those small corners of time around the edges of a stressful school routine; in between the hard shifts in the factory of facts that is the current GCSE style syllabus. Rosie is cleverer than that. Much cleverer.

Drawing also deals with facts. But really good drawing also asks for a little bit of exaggeration; for some tweaking, for some pressing and primping around the edges to draw the reality of the thing into sharper perspective. Drawing asks the artist to put on her special specs and move closer in to the thing: to peer and peek and prod and probe. To ask what really is this thing? What does it look like, in small parts. How might it look if I took it apart and put it back together again? Drawing is a kind of maths. And I was always awful at that. My friend Rosie, however, is very very good at both. 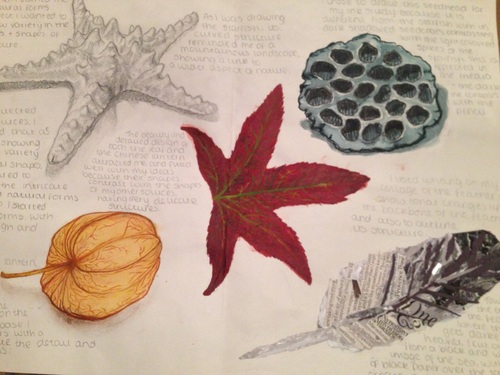 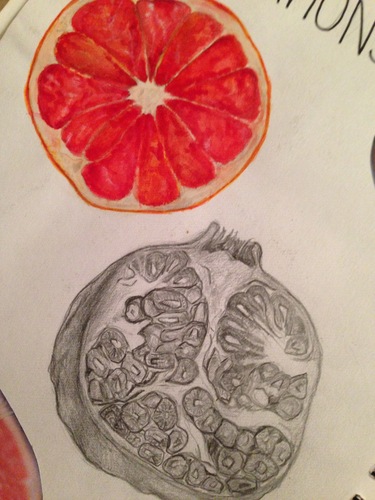 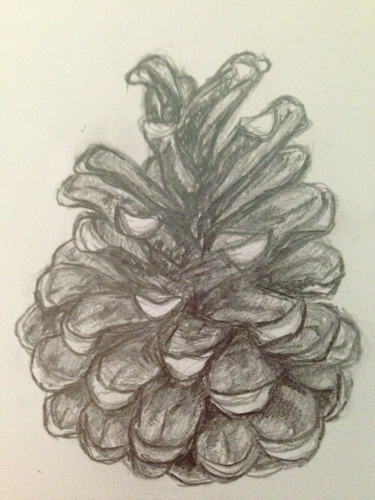 Drawings by Rosie Tomey, aged 14, from her Drawing Journal