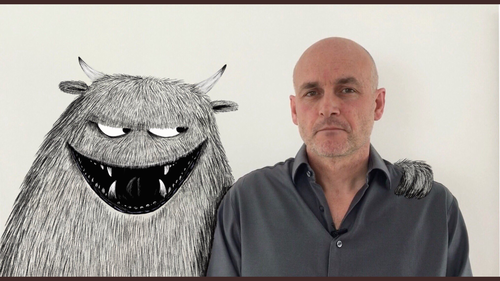 A couple of years ago I got on a train and had an epiphany. I had an important new client and was on my way to a session of negotiation training with them, based on "Soft", the next day. It was in the early days of working for myself. My original leap out of employment had had its fears but by now I thought I was mostly through these. As I sat there on the train I realised that I was more hesitant about the work I was going to do the following day than I should have been. I started to wonder what was going on.

As I looked out the window at the passing scenery, I could feel that I wasn’t comfortable at all. Something was wrong. Over the next half an hour I managed to dig into what I felt. In short, I managed to get my fear to speak to me. I wouldn’t have known what it was, but as I dug down into it, what it was became clearer. Slowly I realised that there was a part of me that I had to come to terms with if I was going to deliver this work to the best of my ability.

It wasn’t that I was scared in the traditional sense. I wasn’t in fear of the work I was going to do. Instead, what I was feeling was part of who I was, fighting for it's life. It was a mind game with my own mind. This part of me was struggling to preserve itself and was resisting being discovered and revealed. That was why I felt uncomfortable.

What had happened is that I’d stumbled on the goldmine of information which our fears create and hold for us. In that moment, I realised that the characters that had got me to where I was in life, which were themselves formed in fear, wouldn’t be of any help going forward. If I couldn’t see them and learn to deal with them they’d actively hold me back, stop me from going forward. Now, was the time to deal with something that would change the rest of my life.

Half an hour later after writing all this down and working it out in my head I felt a whole lot better. My fears were now my friends. I could see what they’d done and how they were doing it. When I arrived, I relaxed and had a walk around town, went to the cinema and slept soundly that high in my hotel bed. The following day I was relaxed and the workshop was a milestone in that I had real fun in front of a group for the first time. I could see that I new me had been able to come out. The old me hadn't gone but it was now lurking and when it started to raise it's head I was able to tell it to be quiet.

I’ve written Fear Hack for a number of reasons but this is the most deeply personal one.

What scares us makes us. Fear is a goldmine and its sitting waiting there for us - if and when we are ready to explore it.

I am crowdfunding the book again and I'd love it if you could take a look.

Thanks to the brilliant Simon Heath for my fear friend. I did wonder why I left a space in my video. Now I know why.