The Point of Poetry 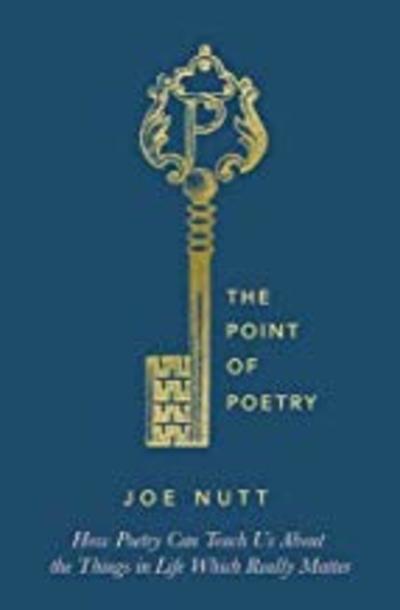 Poetry
You made The Point of Poetry a reality. It's available in all good book stores now.
$8
4 pledges

Joe is a single dad with two daughters who have somehow managed to balance successful academic lives with sporting success. That has given Joe a lot of experience as a parent working with sports clubs and coaches, something as an ex teacher he’s very interested in. He would be very happy to share his experience over coffee, working with swimming, triathlon, volleyball and gymnastic clubs and coaches, over fifteen years, with any parent trying to juggle their child’s academic and sporting aspirations. London and South West within reason. Includes a signed 1st edition hardback and your name printed in the back of the book.
$150  + shipping

Joe is an ex-racing cyclist and still gets out on his bike three or four times a week. He knows the Surrey Hills area inside out and will happily introduce anyone living within reach looking for some fun cycling routes including the best roads, lanes (and climbs) he knows. He’ll even offer to ride in front of you for long stretches! Includes a signed 1st edition hardback and your name printed in the back of the book.
$375  + shipping

A 60-minute, phone or Skype consultancy session on all business development related questions for any education business. Plus a signed 1st edition hardback book.
$450  + shipping

The Point of Poetry Presentation for Schools

60 min lesson/ lecture or presentation, designed to excite students about reading and enjoying poetry. Groups can be KS2, GCSE or A level students, any size appropriate to the host’s venue. Joe’s travel and expenses are not included so please contact Unbound to discuss specific requirements and location before pledging. Includes a class set of 30 copies of the hardback.
$750  + shipping

Participation in any CPD event for school teaching staff, up to half a day. As a leading UK educationalist and TES columnist Joe is frequently asked to speak at national and international educational conferences on current educational issues. Recent examples have included: using educational research effectively; stakeholder management and branding for Multi-Academy Trusts; investing in and using educational technology effectively; Joe’s travel and expenses are not included so please contact Unbound to discuss specific requirements and location before pledging. Plus 10 signed hardback copies.
$7,500  + shipping

Your name or your organisation’s name printed in the front of the book thanking you for your contribution, plus a signed 1st edition hardback book.

What’s the point of poetry? is a question asked in classrooms all over the world, but which rarely receives a satisfactory answer. Which is why so many perfectly literate, successful adults who read all kinds of books, never read poetry after leaving school.

A metrophobe isn’t someone who’s terrified of underground railways, it’s someone who’s afraid of poetry. But The Point of Poetry isn’t just for metrophobes, it’s a much more important book because it argues that you will learn far more from poets than from most other people claiming to help you understand the world you live in.

In it you will find more than twenty famous and not so famous poems by poets as varied as William Blake, John Milton, Seamus Heaney, Rita Dove and Hollie McNish.

Although most of their poems are reproduced this is definitively not a book of literary criticism for the kind of student expecting someone else to dissect specific poems word-by-word for them. That’s why where they are reproduced, they appear at the end of a chapter, not the beginning. By that time my hope is you will be just itching to read them.

Poetry is all about economy. Poets pack meaning into few words. No other kind of writer does this. Poems are like fireworks stuffed full, not with exotic chemicals, but with ideas. When you read them: you light the touch paper. This book will show you how to light the touch paper for yourself.

Some of the poems you may have heard of, others, almost certainly not, but for each of them I have used the same simple process of taking it as the starting point for an essay about the world we all know and live in today. That’s what happens when you light the touch paper. The poem ignites something in you about in the world you personally inhabit, the space you occupy in history and the people you have shared irreplaceable hours with.

If any of the essays amuse, entertain, enlighten or delight you then The Point of Poetry will have done its job. But if they send you rushing to the end in search of the poem, to light its touch paper for yourself, then I will quietly and secretly rejoice.