The Plague and Doctor Caim

A darkly humorous graphic novel about a doctor grappling against the Black Death.

Thank you so much for all your support this year. I haven't been very good about posting updates, but posting more updates is one of my 2020 New Year's resolutions.

For this update, I thought I'd talk a bit about bloodletting...

BLOODLETTING was the go-to treatment for most plague doctors (and Doctor Caim is no exception). This treatment was used for a variety of illnesses, including the bubonic plague. Bloodletting originated in the ancient world and was still common during the 19th century.

As you can probably tell by the name, bloodletting involved making cuts in a sick patient and allowing the blood from those cuts to drain. This was thought to restore the four humours which were believed to make up the human body: blood, yellow bile, black bile, and phlegm.

Many used bleeding charts to guide them in bloodletting. These charts connected body parts with planets and zodiacs. So doctors would look to the night sky to decide where to cut their patients.

Leeches were also used to aid bloodletting (and Doctor Caim is very fond of them). But they will be a subject for another update, I think. 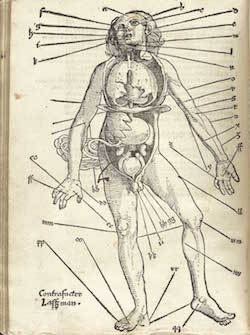 A copy of the first edition hardback, the ebook, your name printed in the back of the book and an exclusive Doctor Caim bookmark. 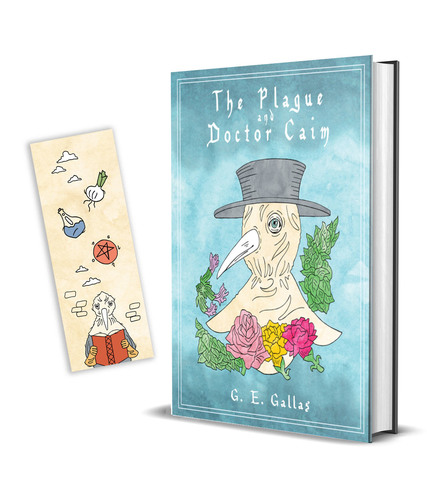 A copy of the first edition hardback, the ebook, your name printed in the back of the book, the bookmark, the bookplate, and an exclusive Doctor Caim art print. 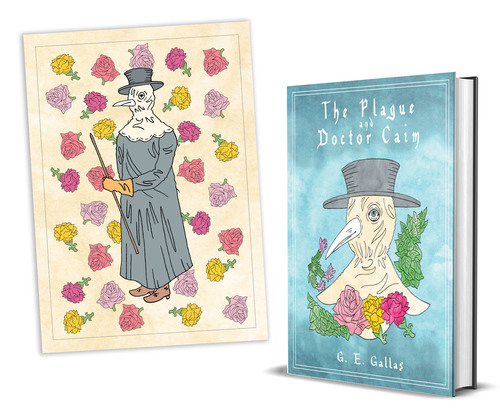