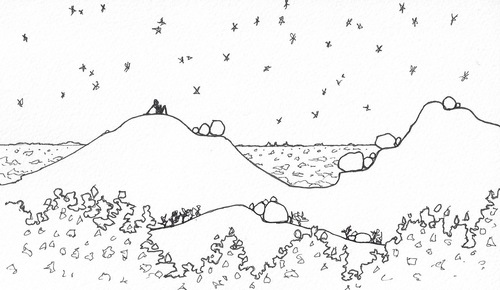 My friend Zulu died this week.

He was a safari guide and a man with a dream.

We met him ten years ago in the Matopos Hills and he told us about his ambition to open an orphanage. We were staying in a beautiful hotel called Amalinda in southern Zimbabwe and of the various excursions, amongst the beauty therapies and wildlife tracking, there was an option to visit an orphanage and traditional village. Zulu was delighted to take us to these destinations, because they were near to his heart.

We kept in touch.

Anyone who reads the news knows that Zimbabwe has been beset with problems; economic, internal strife and health. Apart from an elite few, everyone in that country has suffered from at least one aspect of these and Zulu was no exception.

A few years ago he contacted me, his job had evaporated in the collapse of the tourist industry, he'd lost his home and he was living in a garage with his wife Thando and young children. I asked some friends to chip in and we helped them get back on their feet.

No one likes handouts and we made a plan to help further through enterprise and his nephew Bheki, a natural artist, sent a portfolio of paintings over to sell in London. We sold a few, not a lot but I thnk it at least raised spirits.

I started wriitng The Other Things and touched by our visit to the orphange and my friendship with Zulu, I used that experience to introduce the two characters, Zulu and Bheki in a homage to them. 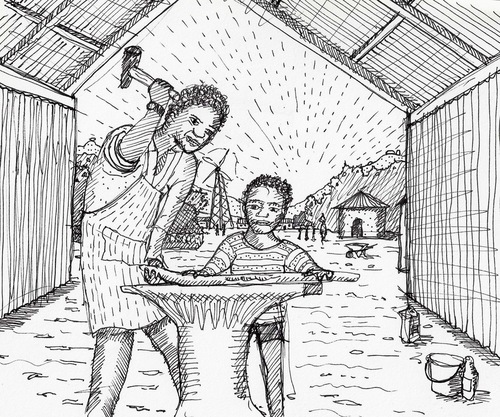 Last time we saw Zulu was three years ago, we again visited the local orphanage and villages and he told us he still had his amibition to open an orphange. (Zimbabwe like much of Africa has been ravaged by AIDS, therefore an acute need for these places)

Two years ago he announced that he and Thando had finally set up a home for twelve children. (You might have seen some of my earlier posts.)

Out of the blue, Thando called me on Tuesday to tell me that Zulu had died (Murdered). There is no safety net in Zimbabwe, amongst the shock and sadness, my thoughts immediately were with Thando who not only had her own family to support but the orphanage.

She called me today to ask if we can help with the funeral expenses.

Kath and I are going to help and if anyone else feels moved to join us please make a small contribution on our website or buy any one of the featured illustrations or book and we shall send the proceeds off to Thando and the kids. Just drop us a line on theotherthings@icloud.com or straight to the website https://theotherthings.squarespace.com 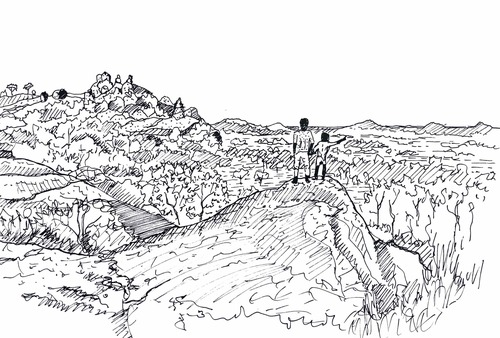