President Trump does not exist! He is fake news! 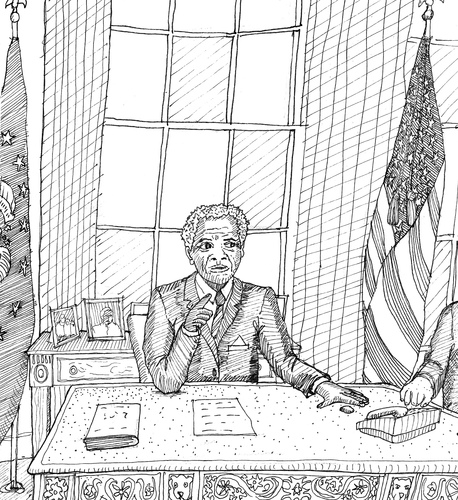 At least in 'The Other things' he doesn't. Its president is called Luther Garvey and is a kinder, more diverse person altogether and an old fasioned liberal.

In this heroic story you can escape the uncertainies of Brexit; ageing, white, male biggots and swap them, if you dare, for the existential threat of an asteriod strike and a return to the spirit of the sixties with a belief in progress but without the 'free love' bit.

Luther's dilema is having reached the pinnacle of power; he finds he hasn't got much. In a final swansong and in the afterwake of a near miss by Asteriod Wilson he decides to plan a mission to Mars.

Of all the difficulties and complexities ahead, the greatest is one of time, for he realises that his likely successor, an ageing, white, female biggot will pull the plug on his dream, unless he gets it well under way by the end of his presidential term.

There follows the helter skelter tale of how the mission is planned and the extraordinary crew are chosen.

The alternative universe of 'The Other Things' is coming soon! In a world where fact and reality are being supplanted by opinion and lies at least you know that this novel is a work of pure fiction!