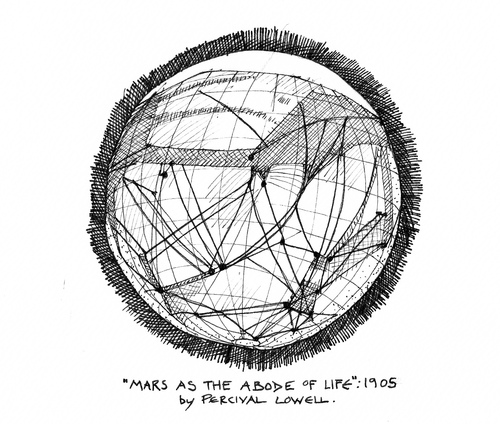 We've just been cycling along the windswept Dykes of the Netherlands. It’s a place where you become increasingly aware of the extraordinary change that humans can make to our planet.

Centuries ago with development of the windmill, the Dutch created a new country from a reluctant sea. Dipping down the winding cycle paths below the level of the lakes and canals, you journey through a vulnerable land lying meters below sea level.

A century ago, just as the modern technologies were developing that would eventually send us to the moon, Mars was optimistically seen an alter-earth. Peering through vast telescopes at the blurry red disk, astronomers such as Giovanni Schiaparelli and Percival Lowell imagined they could make out a world of deserts and vegetation linked by a spiders web of canals. No doubt the heroic efforts of a desperate civilisation trying to survive on a drying planet.

An excited Patrick Moore was still speculating whether we would find a living planet as Mariner 4, the first Mars probe, hurtled past giving the first close up view of a desiccated, cold and inhospitable world.

It is an extraordinary place but not the cradle of life hoped for by the scientists. However the recent Mars rovers have found that the young planet was awash with seas and lakes and all the ingredients for life. 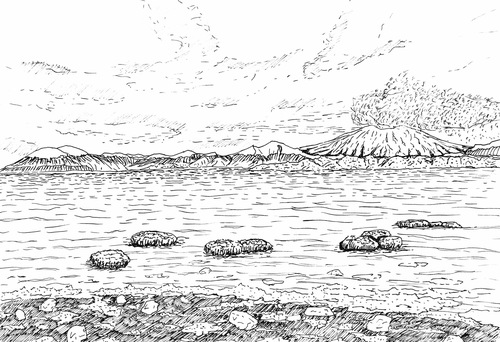 Science fiction writers often picture a future Mars being reclaimed by colonising humans in grand ‘terraforming‘ schemes, melting water from the poles to feed a parched land or like the Dutch creating vast greenhouses or biospheres as oases for future inhabitants to live their lives.

That is of course fiction, the real ’terraforming’ is happening back home on our own perfect world. Unfortunately our everyday actions are inextricably creating a hotter and more hostile environment.

Lets hope we don’t have to rely on Mars as a substitute.