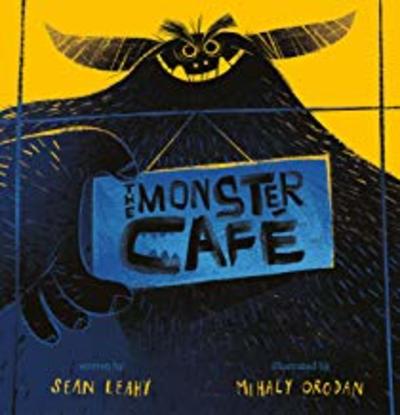 A book for children

In every town, there is one shop that always changes its face.
In Stapleton, it was the very last shop in town.

Bib is an adventurous sort of a boy, so a new café wouldn’t faze him, even if it was run by monsters! Excited by the idea of having a birthday dinner made by hairy beasts and served by a snake-like waitress, he encourages his whole family to take him to the most talked about place in town. But what, or who will be on the menu?

The debut children’s book by Sean Leahy and Mihály Orodán, The Monster Café is a humourous tale that deals with pre-conceptions, pre-school excitement and pre-tty big monsters.

“Sean is one of the funniest. Why aren’t you following him yet?” - Playboy