Really grateful to everyone who's supported The Meal of Fortune.  Reached the crowdfunding target a couple of days ago, although it is still possible to support the book.  Waiting to hear from Unbound on the production process and timings but think it takes three- six months from publication to posting.  I will keep the blog updated with progress.

For now here's another character sketch.

Flexible hours, international travel, the chance to be your own boss.  It could have read as the advert for a dream job.  There weren’t many downsides to life as jet-setting hit man.  OK, there was the requirement to actually kill people now and again but Yegor Koslov had never been overly troubled by that.

And being under average height (only a little bit under mind you) with thinning hair and nondescript features mean that few people ever give Yegor a second glance, just about the perfect qualification for the job.  Yegor was damned good at it, even if he did say so himself.

Yet he’d given it all up for a role in Oleg Bukin’s criminal organisation.  Even the world of the contract killing was vulnerable to the chill economic winds of global recession and there’s a lot to be said for job security.

Sure,  Bukin was no mastermind but he’d managed to corner the market in old Red Army weapons and was certainly going places - places where Yegor really wanted to be. So he’d hitched a ride on the arms dealing battle bus and was doing very well thank you, rising through the ranks until he was within touching distance of the centre of power.  All he had to do is reach up (on his tiptoes perhaps) and grab it with both hands.

“Yegor, Yegor, Yegor…She is my daughter, you are only one I trust.” Bukin had put a big arm around his shoulder as he’d broken the news.  And just like that he found himself packed of to London to babysit Bukin’s daughter Svetlana as she pursues her ridiculous dream of becoming a pop star.

And with Dermot Jack, the agent of the idiot chef, in charge of things Yegor knows he’s unlikely to be making it back to his master’s side any time soon.  If things don’t start happening fast Yegor’s going to have to take matters into his own hands.  And that won’t end well for Dermot.

But for now Yegor knows he has to bide his time and keep Svetlana safe.  But there is  one consolation - London’s always been a lucky city for Yegor.  All his previous visits have all been successful in one way or another.  Actually they’ve been successful in one very specific way – all four people he came to kill have ended up dead. 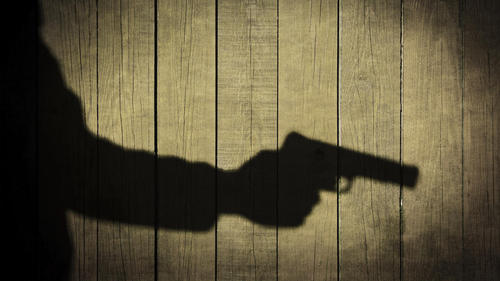